Longtime Regent Cohen set to depart from board

Coming from a family of University of Minnesota advocates, Linda Cohen has been a “champion” for education, colleagues say. 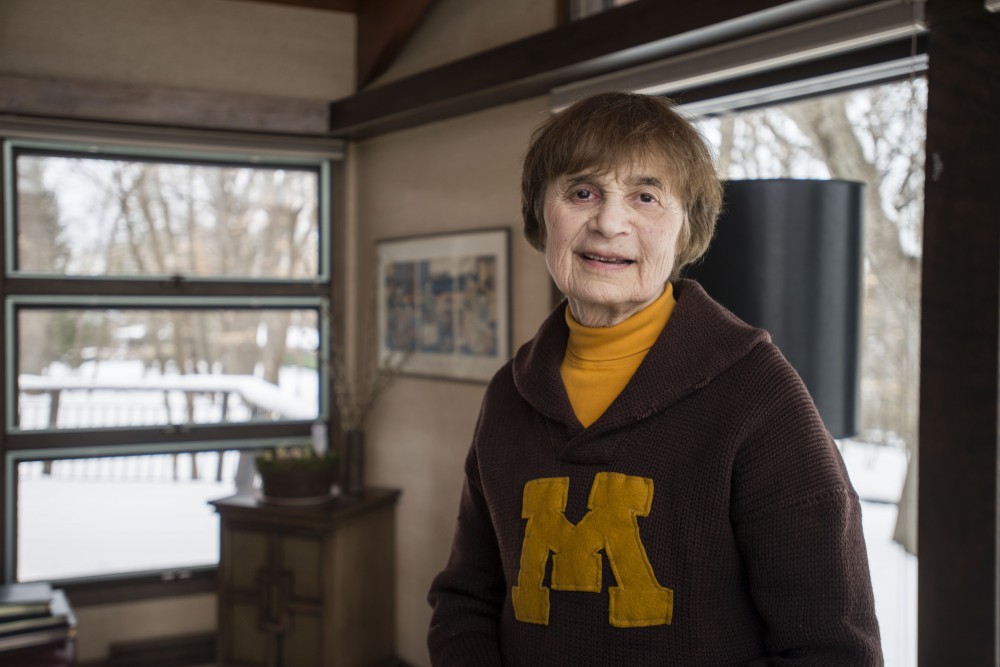 University Regent Linda Cohen poses for a portrait on Saturday, April 13 in her home in Minnetonka. The cardigan she is wearing was her father, Louis Gross' from his time at the University in the 1920s.

Linda Cohen has served on the University of Minnesota Board of Regents for the past 12 years, a tenure marked by a term as board chair, steadfast support for education and, above all else, abiding love for the University.

But as Regent Cohen’s time at the University comes to an end, it’s a “bittersweet” finale for one of the longest-serving regents and one of only two women currently on the board.

Rounding out her second term, Cohen is set to depart once state lawmakers choose a new at-large regent this legislative session.

“I have really really enjoyed my time on the board enormously,” Cohen said. “Naturally, I have mixed feelings about leaving the board, but I think that it’s important that the board have new ideas periodically and new perspectives.”

Fellow regents say Cohen leaves behind an exemplary approach to higher education governance and, in turn, a better University. Since joining the board in 2007, Cohen has become known by colleagues for her thoughtful and deliberative — if, at times quiet —  demeanor, more focused on listening to others and building consensus than grabbing a headline.

“In her own quiet way, she’s been a real force,” said Regent Peggy Lucas.

Despite an increasingly political and occasionally divided board, Cohen has maintained a calming presence, making her one of the most trusted and respected regents on the board.

Cohen’s apolitical style has often lifted her above the fray. One administrator claimed he’s never heard a bad word about her.

“Regent Cohen is just amazing, thoughtful and careful and very, very balanced in how she views and exercises her governance role. And I think that’s a quality we should all strive for,” said Board Chair David McMillan. “I think the University owes her a debt. I know that I do.” A family of Gophers

For Cohen, serving the University is more than a part-time gig; it’s a family legacy.

She comes from a long line of University supporters who span nearly a century. Her parents met at the University; Cohen’s dad, Louis Gross, was a star Gophers football player in the 1920s. Her husband, her brother and her son have degrees from the University. Her granddaughter currently attends the U. Cohen’s Ph.D. in educational psychology is from the University.

“The University was part of our family,” said Luella Gross Goldberg, Cohen’s identical twin sister. Though she didn’t attend the University, Goldberg was the first woman to chair the University of Minnesota Foundation.

However, Cohen’s tenure has aligned with growing divisions on the board, including a deepening rift between the regents and President Eric Kaler’s administration.

Cohen, who was board chair when Kaler started at the University in 2011, said the regents had a great working relationship with the president.

“Regent Cohen and I have always had a warm and friendly relationship,” Kaler wrote in an email to the Minnesota Daily. “She was my first board chair and her help was critical to my good start as president.”

But the collegiality marking Cohen’s first term on the board “has eroded in recent years, and I think that’s troubling for her,” Goldberg said.

“Her motive, of course, has always been a belief in the importance of education,” Goldberg said. “I think it was her only motivation in becoming a regent, unlike some regents who seem to think it’s a stepping stone or a place where personal views should come into play.”

Throughout her time on the board, Cohen has been a constant proponent for the University’s excellence, especially regarding education.

Beyond everything else, Cohen was seen as a “beloved” advocate for the University, McMaster said. That makes her upcoming departure even more difficult.

“She’s a Gopher through and through. She loves this institution, and she’s spent 12 years trying to make sure we’re in a better place,” he said. “We’re all extremely sad to see her step off the board.”