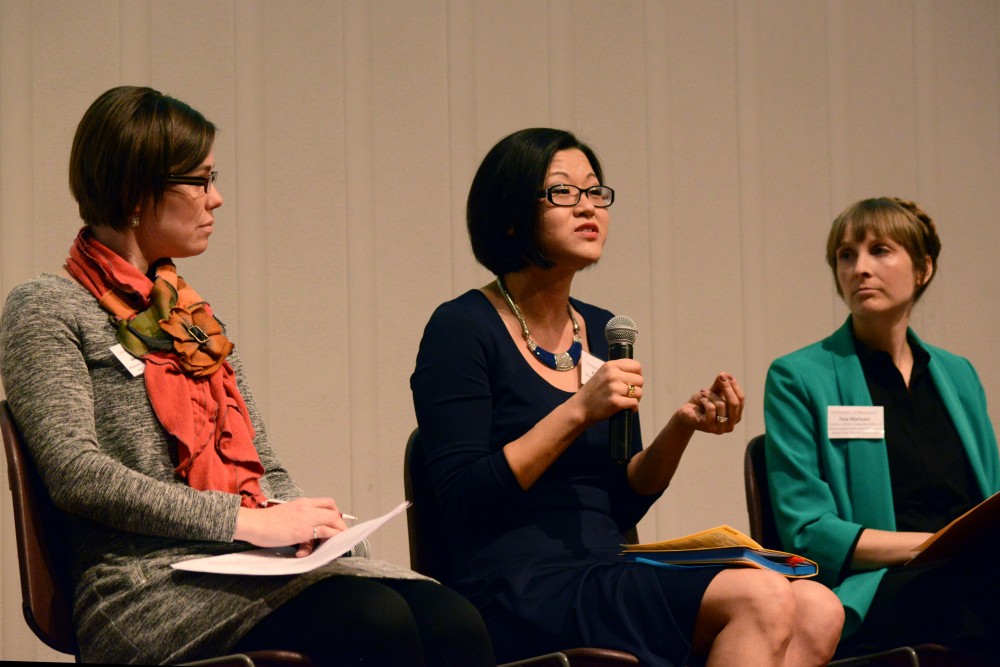 Closing its series of events addressing violence, health and justice, the University of Minnesota’s Center for Bioethics held a panel on campus sexual assault Saturday.

During the event, “Dismantling Campus Rape Culture,” a panel of faculty, staff and students took questions from over 200 audience members.

Susan Craddock, the director of the Center for Bioethics, said they chose the topic in light of increased public discourse on rape culture, following the Gophers football boycott over the suspension of players connected to a sexual assault investigation.

Afterward, breakout sessions were held on topics like bystander intervention.

“People not understanding basics of a topic prevents people from knowing how to talk about it,” she said.

Later on, members of the student panel called on greek life to be held accountable.

“It is a common thread to say this is just a bad apple … in reality this is happening all the time,” said Haleigh Ortmeier-Clarke, a student panelist and sexual assault victim-survivor. She said her assailant was a member of greek life.

Kayla Pederson, another victim-survivor on the panel, said she wants to see more communication between the University and greek life about sexual assault.

Eichele said she’s heard from members of greek life that want to improve their response to sexual assault.

“I came here to continue this sort of movement that we have been building against rape culture here on campus,” said Dawson Kimyon, a former member of the University’s Delta Upsilon chapter.

He said he left the fraternity due to revelations about sexual misconduct by fraternity members.

Sarah Super, a University alumna who founded the “Breaking the Silence” movement, emphasized the power in speaking up and sharing your story.