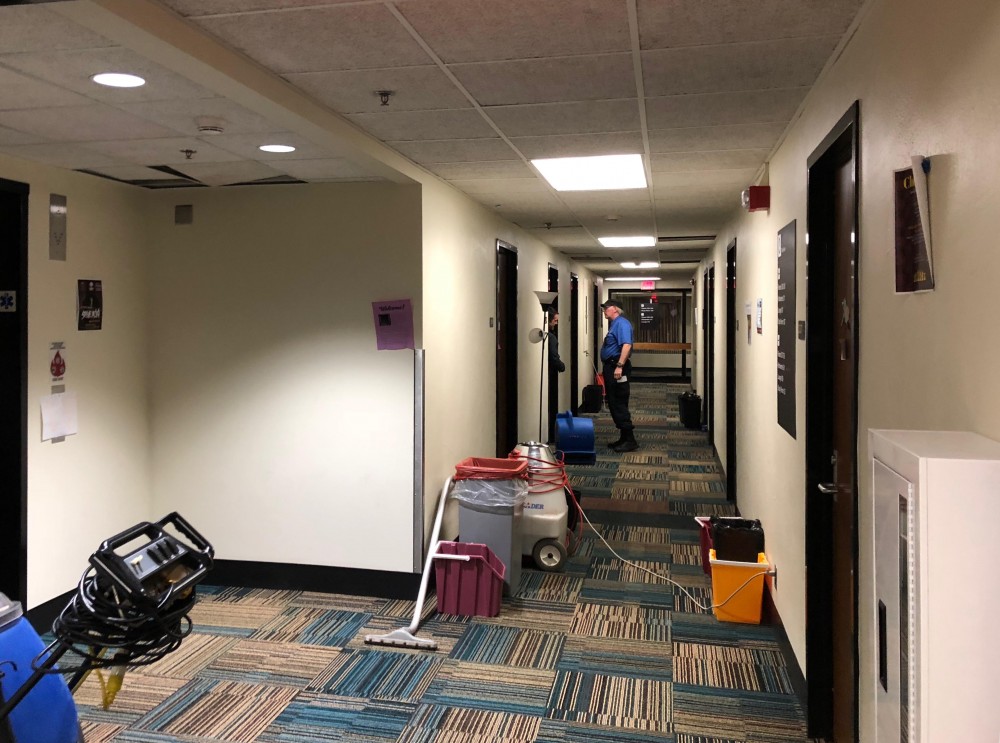 University of Minnesota students attended an international conference for women engineers in Minneapolis this weekend, which sought to encourage women in STEM fields and bring attention to a lack of representation.

WE18  brought in more than 14,000 people from around the world to the Minneapolis Convention Center. Over 100 University students were given the opportunity to attend the event while being reimbursed for half or all of the registration cost through a sponsorship between local Fortune 500 company 3M and the College of Science and Engineering.

The convention is held in a different city every year, and is hosted by the Society of Women Engineers, a non-profit educational and service organization that has almost 35,000 members worldwide.

At the University, the SWE chapter is the largest student organization within CSE with approximately 300 members. People join SWE for a range of reasons. The underlying theme, however, is that being a woman in a STEM field isn’t always easy.

Marie Wulff, a University sophomore and member of the University’s SWE chapter, attended the convention for the first time this year. But about a year ago, she wasn’t even sure she wanted to join SWE.

“I was the one person of color in the whole room and it made me uncomfortable at the time,” she said of a SWE recruiting event she attended in high school. “The demographics were mainly caucasian women.”

Now, Wulff is a part of the diversity and inclusion committee in the group and helps encourage other students from diverse backgrounds to join.

“I joined with the intention of trying to help recruit women from diverse backgrounds,” she said. “I wanted to make it a supportive community for everyone else.”

According to enrollment from the Office of Institutional Research, 58 percent of CSE students identify as white and 72 percent identify as male. Because of this, CSE administrators encouraged women and people from diverse backgrounds to attend the convention.

“Women are underrepresented in STEM,” said Susan Kubitschek, the assistant dean of CSE. “Because of that we want to make sure that, when we have this international conference coming to Minneapolis, we give as many women in CSE the opportunity to attend this conference.”

CSE took some of the funding that 3M gives them annually and put it towards the number of students who can attend the conference, she said.

Members of SWE agree that being a woman in STEM is difficult.

“My experience has been that it’s kind of overwhelming,” said Samantha Volkmeier, president of the University’s SWE chapter. “Especially when you are maybe the only woman in the room.”

Unlike the WE18 convention, the spring 2018 career fair within CSE had a student attendance that was 75 percent men, even though the majority of the volunteers were SWE members.

“Volunteering ahead of [the career fair], I’m working with all these awesome women who are passionate about their fields, and highly intelligent and they deserve some really cool positions,” said Kathryn Kwiecinski, a University junior and member of SWE. “Then I attend the actual fair and I stand in a half an hour line of men wearing suits and it’s like, ‘Wait, what happened to all those women?’”

Kwiecinski and others are involved in more engineering student groups than just SWE.

“But you don’t feel quite as included there,” she said. “It’s something you have to get used to — being one of the few or only women in the room, walking in and not seeing anyone like yourself.”

The convention, which spanned three days, had hundreds of breakaway sessions and included the world’s largest career fair for women in engineering. Despite the long days, many students agree that it’s exhausting, but worth it.

“It’s so hectic,” Wulff said. She and others in the group had been waking up before 6 a.m. to get to the center. “I really like it but I’m also really tired.”

With many large companies offering interviews on the spot, some lucky students had job interviews and offers within a single day, rushing from interview to interview.

Kwiecinski had four interviews back-to-back before receiving an offer from Boeing, one of the largest aircraft manufacturers in the world.

After the convention, students returned to campus to continue college life, leaving more prepared than ever, Kwiecinski said.

“You come out ready to take on the rest of the year.”