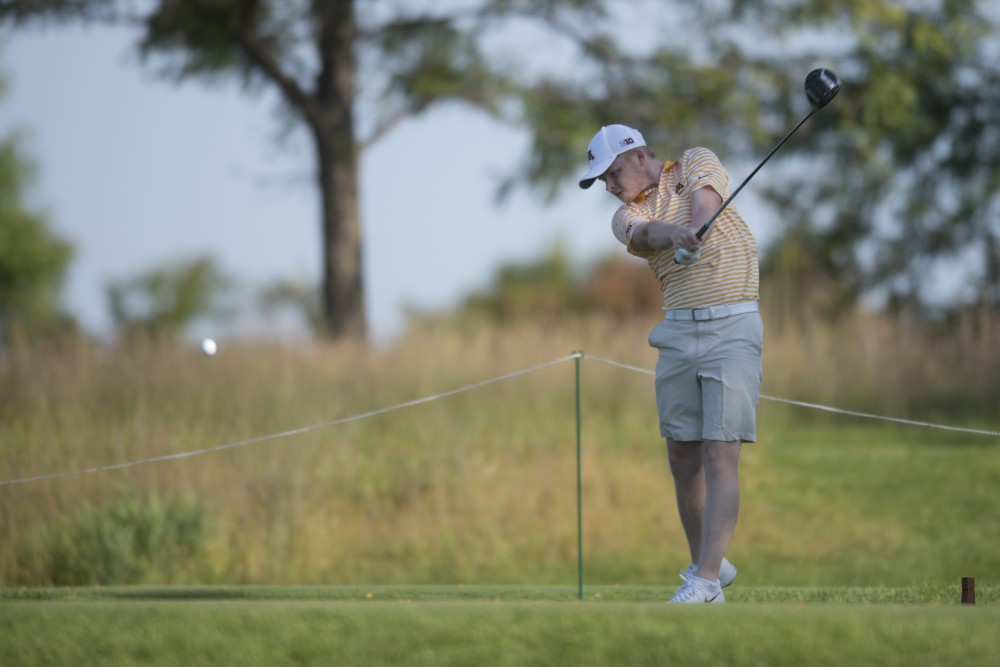 “Getting a win is nice, but doing at the Big Tens is almost unbelievable right now,” Flanagan said. “It just kind of feels surreal. It will take some time to sink in.”

Through 36 holes, it appeared the Gophers would have a chance to claim their first Big Ten championship since 2014 as well, as they entered Sunday tied for first. However, a 24-over 304 in the third round dropped them into ninth place. Still, the result represents an improvement from a season ago, when the team finished 14th at the event.

“It’s easy to kind of spin things,” said associate head coach Justin Smith. “But I’m certainly a guy who tries to look at all the learning opportunities and how we can get better everyday. I told our guys when we were tied for first we had to keep going about our process and stick to what we were doing; it doesn’t change just because it’s the Big Ten Tournament.”

Flanagan in particular showed drastic improvement from last year’s Big Ten Championships in Baltimore, Maryland, where he tied for 60th. The first place finish over the weekend was the first of his career at Minnesota. It represents the culmination of a highly successful spring for Flanagan, which he finished with a stroke average of 70.92.

“He’s proven to himself that he’s as good as anybody in our conference,” Smith said of Flanagan. “For him to instill that level of excellence within our team is going to be huge for a bunch of young guys moving forward.”

Sophomore Evan Long was the top-finishing Gopher behind Flanagan, tying for 39th with a 16-over 226 on the weekend. Junior Thomas Longbella shot a 229 (+19) to finish tied for 48th. Rounding out Minnesota’s lineup were a pair of freshmen, Lincoln Johnson who finished 55th with a 232 (+22) and Harry Plowman-Ollington who tied for 61st with a 235 (+25).

With a 28-over 268, Illinois claimed its 10th Big Ten title in the last 11 seasons. Led by Dumont de Chassart, the Fighting Illini shot a 278 (-2) on Sunday, the only combined round under-par of the tournament, to finish five strokes ahead of Purdue.

Minnesota now concludes a 2018-19 season in which it made significant strides as a program and finished in the top five in four tournaments. With almost all of the key contributors from this season’s team returning, the team looks poised to keep improving next season.

“We’re going to get better because of today, there’s no doubt about it,” Smith said. “These young guys, in golf, you have to taste this a little bit.”