Since protesting in the 1969 Morrill Hall takeover, University of Minnesota professor John Wright has continued a legacy of pursuing civil rights. 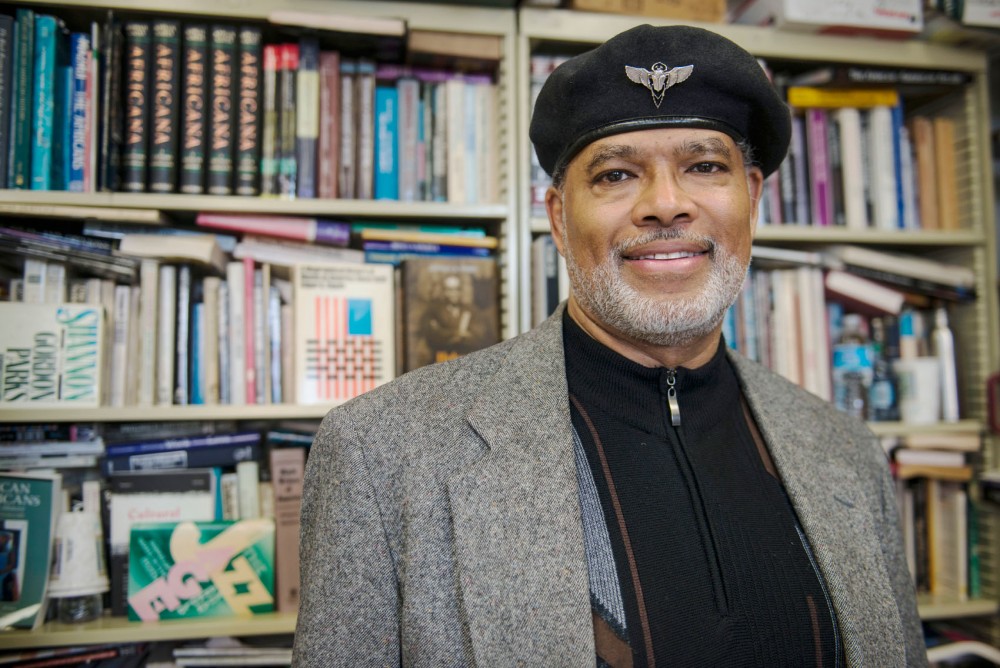 John Wright, professor in the African American Studies Department, in his office in the Social Sciences Building on Tuesday, May 6.

The faces that made up the double-file line of black University of Minnesota students looked only straight ahead. They were moments away from opening a wound on the school’s white and sensitive skin.

On Jan. 14, 1969, a group of about 60 students marched nearly 500 feet from Coffman Union to Morrill Hall to occupy the heart of the school’s business operations, calling on administrators to address diversity and civil rights issues on campus. Nearly 24 hours after the protest’s start, both sides reached an agreement, taking major strides in eliminating institutional racial discrimination at the University.

“That was a moment that was hard to match,” protester John Wright said. “We knew there was still much to be done, but it was an exhilarating moment.”

In the four decades since the protest, Wright, 67, has been entrenched in the fight for civil rights at the University.

For the full experience, including more photos and graphics, visit our projects space.