New-ish Minneapolis band, Lunch Duchess, will go on tour at the end of the month. 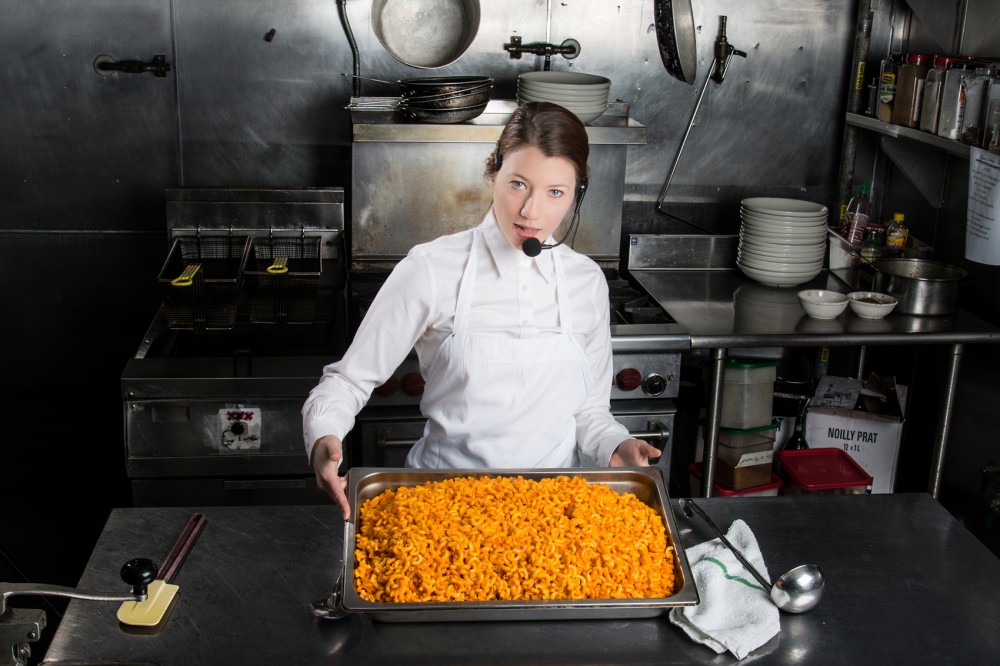 Katharine Seggerman wears a headset microphone. A hands-free setup is her saving grace —the singer-drummer strikes her drum set so vigorously that a normal microphone would get in the way.

Her songwriting venture, Lunch Duchess, is a new rock group that’s gaining momentum in Minneapolis. They skewer people from privileged backgrounds and male impotency, all while showcasing Seggerman’s voice and power behind the kit. This combination creates a blend of raw punkish attitude and sunny dream-pop.

Seggerman, 25, writes most of the music and all of the lyrics to the band’s songs. She occasionally refers to herself as Lunch Duchess, and is primarily responsible for the group.

“I was talking to [my other band, Before Others, Yourself Forever, or BOYF] when we were trying to find a new band name,” Seggerman said. “I said Lunch Duchess and they said, ‘Why don’t you use that as your solo project name?’”

As the Massachusetts native grew up, artists like Neil Young, Grimes, Bjork and 1960s chamber-pop group, The Left Bank, heavily influenced her. Eventually, she ended up at Yale, where she studied comparative literature.

Drums — Seggerman’s main instrument — first entered her life at an arts camp when she was 12. Initially, she lobbied to take fencing classes but didn’t get in. Her second choice was drums.

After college, Seggerman moved to Minneapolis to pursue music. After helping other musicians with their music, she decided to start her own group.

The project began in the summer of 2015 when Seggerman began writing songs outside of her main band, BOYF. Her first show as Lunch Duchess was at the end of that year, where she opened for BOYF on tour.

“I was writing things that didn’t fit with [BOYF’s] sound,” Seggerman said. “On that tour I did an opening thing with me and my banjo.”

Their first show was a well-attended February 5 opening slot for Mark Mallman at the Turf Club. Soon they released their first tape, “My Mom Says I Have a Rich Inner Life,” and enlisted Ranelle LaCroix, her bandmate in Bae Tigre, to step in and play bass. The cassette has been well-received in the Minneapolis music scene, garnering some local press from programming stations like the Current.

“We partnered with this Connecticut-based label, TombTone, to release our tapes,” Seggerman said. “So they’re the ones distributing them for us. But besides that we have no label.”

Most of the band’s merchandise features various pictures of Seggerman holding a tray of macaroni and cheese. The tongue-in-cheek nature of the pose is not lost on her.

“[Our goal is] to make awesome tour merch,” Seggerman said. “And just enjoy all the hard work we’ve been putting into this.”

Their next tour kicks off at the Turf Club on June 29. They’ll be co-headlining with Fury Things, Wretch, Bruise Violet, Battlerat and Bug Fix support.