Reggie Lynch drops appeal, will not return to UMN

Lynch was suspended from playing in early January after two EOAA investigations found him guilty of violating the school's sexual misconduct policy. 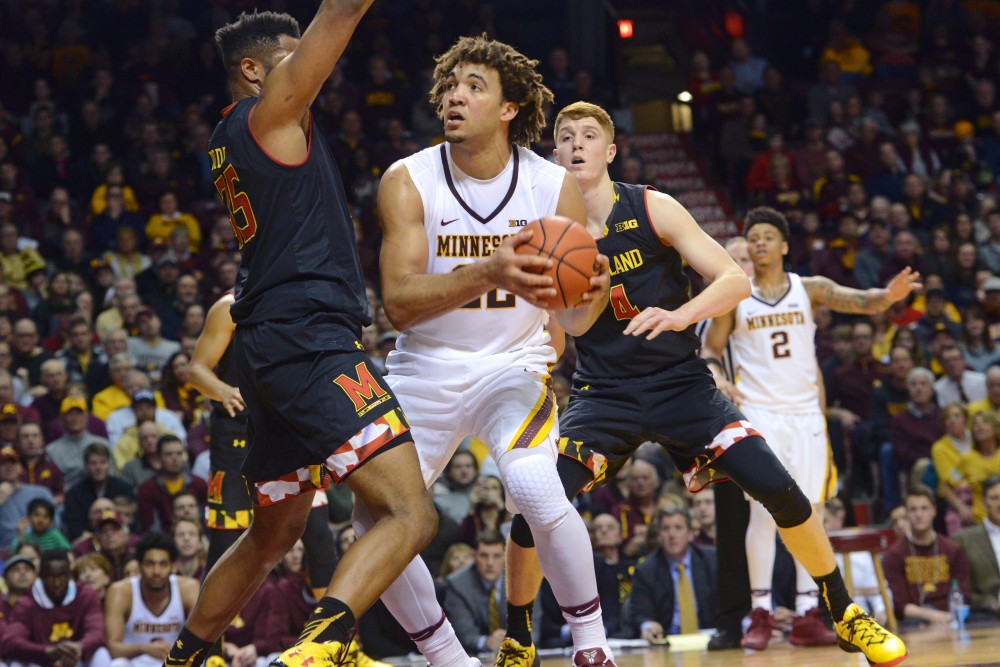 Redshirt junior Reggie Lynch looks to shoot on Jan. 28, 2017 at the Sports Pavilion.

Men’s basketball player Reggie Lynch’s lawyer announced Thursday afternoon that they would not attend either appeal hearings for his alleged sexual misconduct violations. Lynch will leave the University of Minnesota.

Ryan Pacyga, Lynch’s lawyer, said the University’s appeals hearings are rigged against the accused, citing training materials given to the jurors, the current climate around sexual assault,and the inability to call witnesses to testify on Lynch’s behalf.

“We can go into these hearings and we can try to clear his name,” Pacyga said. “Or, Reggie can say, ‘I’m not going to participate in a process that isn’t fair for both sides.'”

Pacyga spent much of the 45-minute press conference Thursday explaining how things were stacked against Lynch, who was scheduled to have one of his appeal hearings Thursday.

Pacyga said the accusers’ statements to the police and to the EOAA lacked consistency. He said the jurors, who are volunteers, in the appeals cases received training materials that trained them to not ask questions that involved ‘victim blaming,’ which Pacyga said would affect the ability to run a fair court proceeding.

Lynch stood next to Pacyga at the press conference and started the conference by giving his first statement since the EOAA findings of violation of the school’s sexual misconduct policy in early January were reported.

“I did not commit any of the acts I am being accused of. I would never commit sexual acts of any nature,” Reggie Lynch said in the statement. “The truth did not set me free, however.”

His mother, Marlene Lynch, stood next to Reggie Lynch and gave her statement supporting her son right after.

“At this point, unfortunately, we do not feel the appeals process will be fair, unbiased and balanced given the current political climate at the U and the apparent training that the review panel receives,” Marlene Lynch said.

The EOAA recommended a two-year suspension for Reggie Lynch for an incident that occurred April 28, 2016; and the EOAA recommended expulsion for the April 7, 2016 incident. Both recommendations came following the EOAA’s own investigation. Lynch was never convicted of any criminal charges.

Lynch had still been able to practice with the team and be on campus, though he could not be in the building when the Gophers played.

“Somebody had to stand up and say I’m not going to participate in this process if it’s not going to be fair. Today that person is Reggie Lynch,” Pacyga said.