The Gophers competed in the 2017 Midwest Regional Friday in Ames, Iowa and did not qualify for the NCAA Championships. 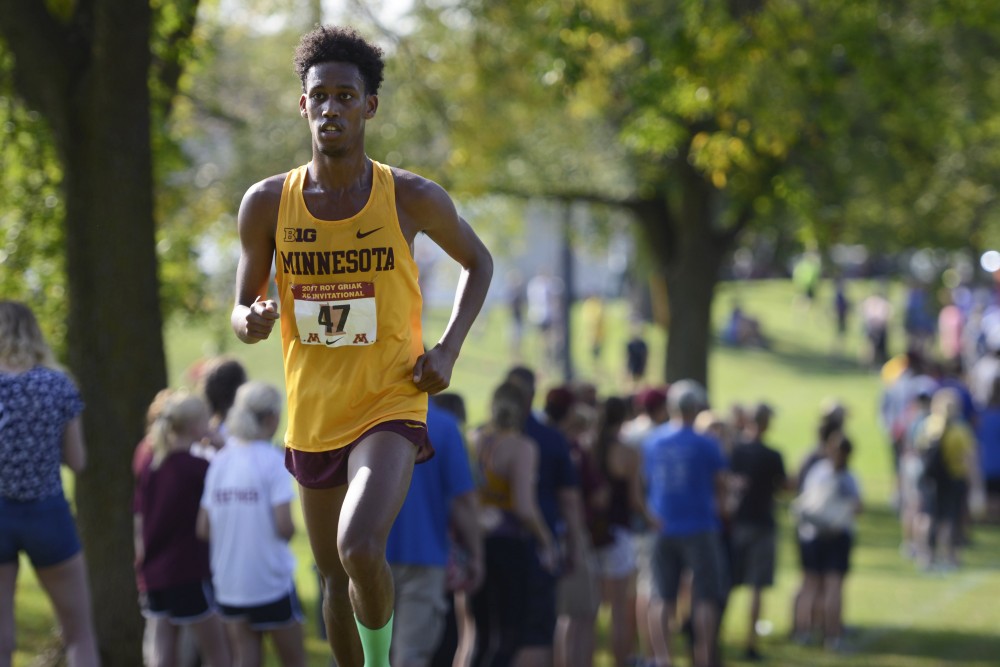 Obsa Ali competes during the Roy Griak Invitational at the Les Bolstad Golf Course in St. Paul on Saturday, Sept. 23.

Every good thing must end, and for the Gophers, that good thing ended over the weekend.

The Gophers finished fifth at the 2017 Midwest Regional Friday in Ames, Iowa, ending the team’s season. Senior Obsa Ali led the way for the team with a time of 29:23.06 on the 10 kilometer course and a 13th place finish, breaking head coach Steve Plasencia’s 41-year-old school record for the 10K in the process.

“I think, as a group, the fact that we’re not moving on to [NCAA Championships] is hard,” Plasencia said. “If we would’ve been fourth, we probably would’ve got in. It’s a good team, a good group of guys, working hard, having some success, but the one goal of making the [NCAA Championships] fell a little bit short.”

“The team did well overall,” Plasencia said. “There’s always ups and downs. We showed how good a time we could be. Yesterday was better than the Big Ten meet, but it just wasn’t quite enough.”

While the Gophers didn’t qualify for the NCAA Championships, Plasencia said this isn’t the end for the Gophers.

“It’s a season that left the team hungry for what comes next,” Plasencia said. “These guys are willing to do the work. We had a good work ethic, and in the future, we may get more pay back from this.”