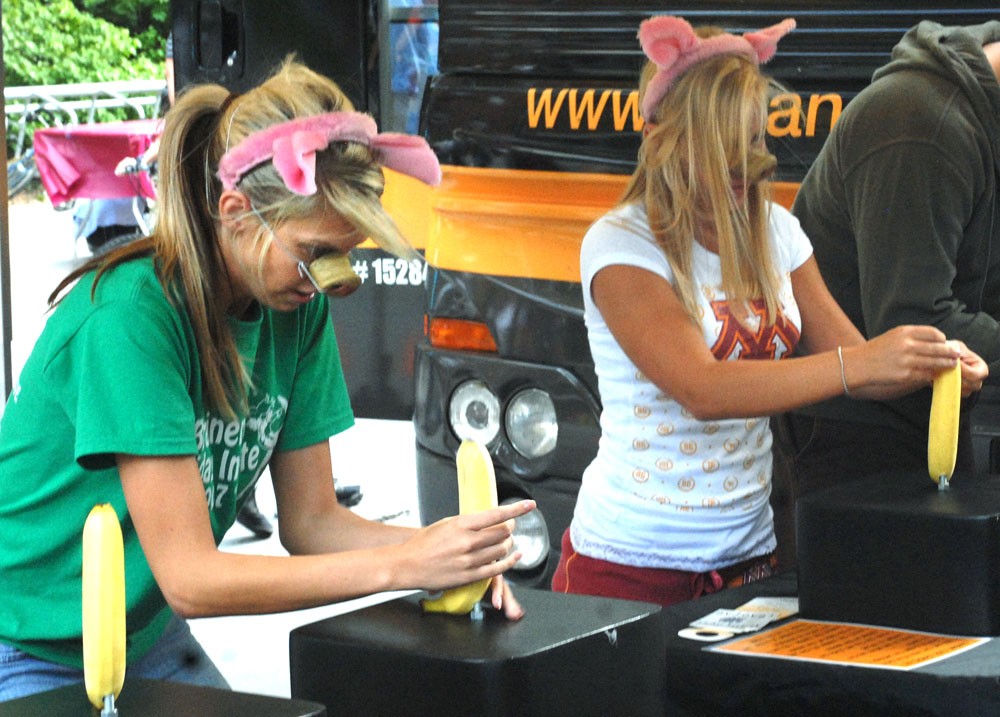 The new Trojan Evolve tour stopped at the University on Friday afternoon with sexual health advice for students âÄî and a condom relay race to boot. Trojan spokeswoman Kari Kuka said the tour plans on stopping at more than 30 campuses this fall. The group also made a stop at the Republican National Convention to help get sexual health on the agenda. âÄúWe are going to college campuses to really raise awareness about the state of sexual health,âÄù she said, âÄúand educate on how to prevent further people from acquiring STIs and unwanted pregnancies.âÄù Kuka said one thing they are really trying to raise awareness about is condom advertising. Currently, they canâÄôt air during primetime television, she said. In addition, Fox and CBS never air condom ads. âÄúWe can have Viagra commercials all over the place,âÄù Director of Program in Human Sexuality Eli Coleman said. âÄúBut we canâÄôt really have anything that helps people develop their sexual lives and prevent problems from occurring.âÄù According to BoyntonâÄôs 2007 College Student Health Survey 60 percent of University students used a condom last time they engaged in vaginal intercourse. The survey also reported that 10.4 percent of sexually active students have been diagnosed with a sexually transmitted infection. Students could sign an online pledge in the Trojan trailer to help the United States become a more sexually healthy nation. As of Sunday, 1,660 people in the Twin Cities metro had signed the online pledge to wear a condom every single time. Kuka said Trojan measures its success by how many people make the pledge and sign a petition to move past abstinence-only curriculum in schools to comprehensive sexual health in schools. Coleman can see the effects of abstinence-only education as a professor. âÄúI see it among medical students who, as a result of only getting abstinence-only or no education, that they donâÄôt have basic information about sexuality coming into medical school,âÄù Coleman said. Genny Clute , a coordinator for the UniversityâÄôs student group SHADE âÄî Sexual Health Awareness and Disease Education âÄî said that even though the University has been using Durex condoms for 16 years, they have worked well with Trojan. âÄúEven though we donâÄôt hand out Trojan condoms, itâÄôs been great forming a little partnership with them,âÄù Klute said. âÄúTheyâÄôve been to a lot of different campuses, so itâÄôs kind of interesting to get their perspective on things.âÄù Matt Domski , an undecided first-year, said the Trojan tour was a good idea. âÄúItâÄôs really a good thing to walk in, just grab a couple condoms, you never know, you might need it,âÄù he said.