What to expect from first “Discover Dinkytown: Winter Wander” event 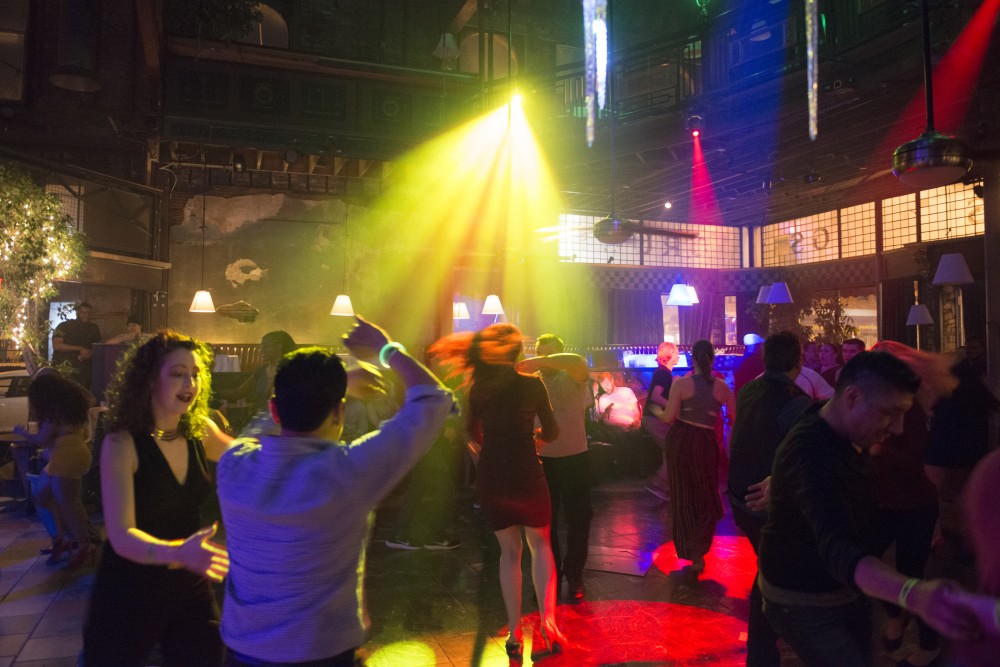 A crowd dances inside Loring Bar & Restaurant in Dinkytown.

Dinkytown — a neighborhood more than 100 years old — has long held a special place in the hearts of University of Minnesota students, business owners and residents.

In an effort to build community, The Greater Dinkytown Roadmap Initiative is hosting the first “Discover Dinkytown: Winter Wander” event. The event is a collaboration between the initiative and University of Minnesota students and organizations.

Jessica Focht-Perlberg, a community organizer with the Marcy Holmes Neighborhood Association, which is part of the initiative, said organizers hope the event will connect University students with the surrounding community. She said they plan to host more “Discover Dinkytown” days or other events if it is a success.

By purchasing a $5 “passport,” attendees will have access to deals, prizes and an array of local performances. Participating restaurants include Mesa Pizza, Wally’s Falafel and Hummus, Raising Cane’s and other Dinkytown eateries. The Loring Bar & Restaurant, The Purple Onion Cafe and Kitty Cat Klub will host live music, dance and comedy entertainment.

The University’s Office of Off-Campus Living has headed up this collaboration alongside the Minnesota Student Association and the Panhellenic Council, contributing to the event planning, assisting in organizing, outreach and staffing of “Discover Dinkytown.”

Student-led sketch comedy club Fool’s Errand will be participating in a different form of collaboration: offering entertainment for the day. Henry Kueppers, the club’s founder, said many of Fool’s Errand’s skits can be compared to the humor of Saturday Night Live. The group regularly performs at Purple Onion and has participated in other events including the University’s Arts Quarter Festival.

“We like to do kind of bizarre scenarios that most people wouldn’t think of and then act them out,” Kueppers said. On Saturday, they will take to their home stage at the Purple Onion for an hour-long comedy routine.

“We [thought] that it sounded like a really cool event because … they were trying to get all these other businesses as well as students to work together,” said Carina Anderson, a member of MinnesoTap.

Other performances from University affiliates include appearances by student music groups and the University’s Ballroom Dance Club.

When all is said and done, organizers hope that students and residents of the area can appreciate their area and what it offers.

“[The event is about] bridging the gap between the University and Dinkytown,” said Focht-Perlberg.

Editor’s note: Henry Kueppers is a videographer at the Minnesota Daily.