The Minneapolis location is even more meaningful for Blake School alum Madeline Wethington. 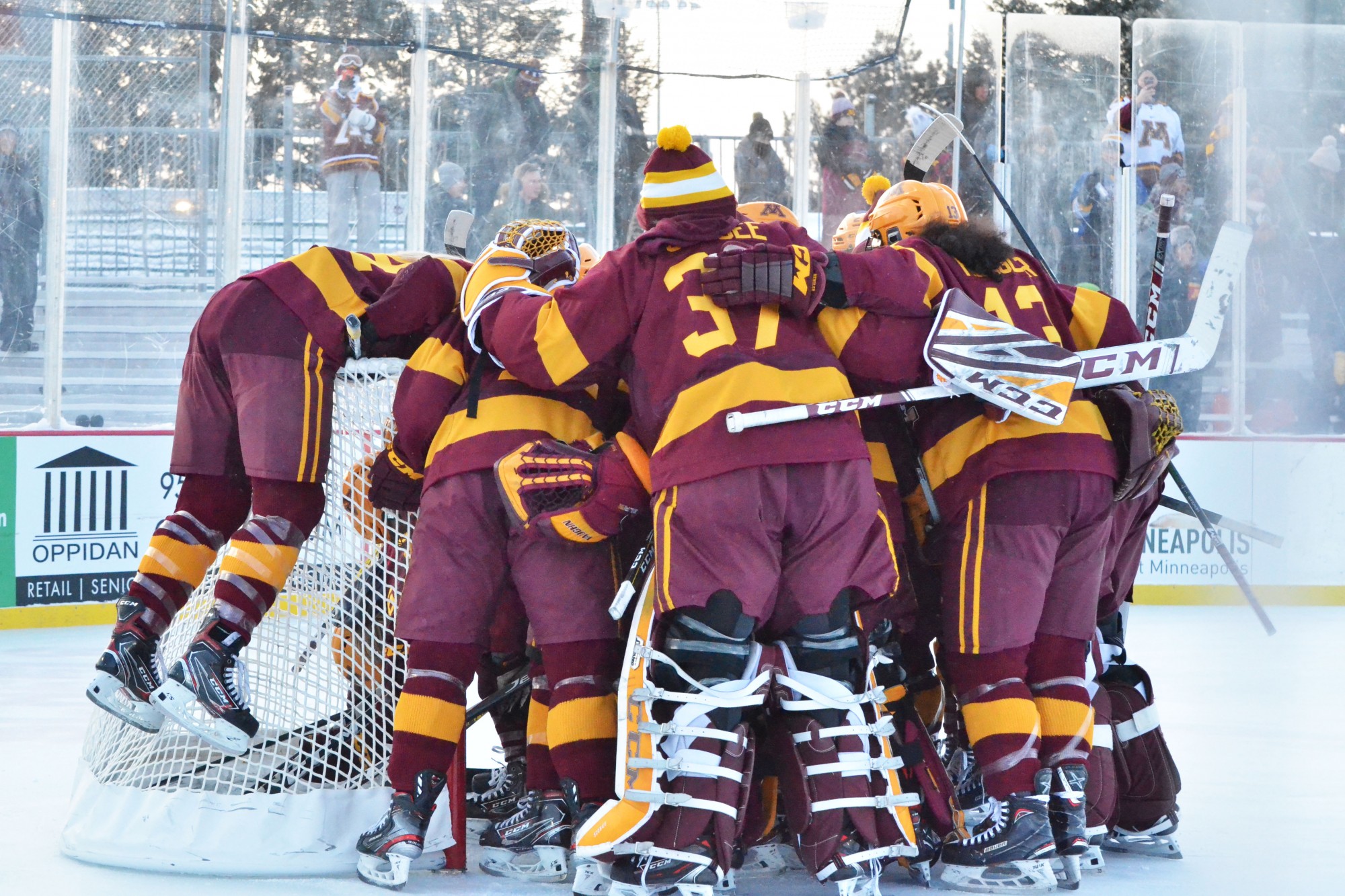 The Gophers play Ohio State as part of an outdoor game at Parade Stadium in Minneapolis on Saturday, Jan. 18. (Anna Landis / Minnesota Daily)

It seems the entire city of Minneapolis has been swept up in the fanfare surrounding Hockey Day Minnesota, which started off bright and early Saturday morning with a game between Minneapolis and Warroad boys’ high school teams.

The Gophers’ women’s hockey team rounded out the day of outdoor games at Parade Stadium against Ohio State on Saturday. It was the first time the women’s program has been featured in the 14 years of the event.

“When we got the call in the summer it was really exciting but then to actually be able to be a part of it, be on TV [was special]. Our sport, unfortunately, doesn’t get on TV a whole lot and so we wanted to make sure it was as good a product as possible. It was a great day,” head coach Brad Frost said.

Playing hockey outdoors against the backdrop of the Minneapolis skyline is a unique opportunity for any player, but it holds special meaning for Gophers freshman Madeline Wethington, who went to high school just across the street from Parade Stadium at Blake School. Wethington’s two younger sisters, Audrey and Jackie, played for Blake on Thursday against Grand Rapids-Greenway, making the weekend extra special for Wethington. She was able to watch her sisters play, and they also took a photo of the three of them together in their special Hockey Day jerseys.

“Being able to look back at [my] high school as the sun set over the familiar landscape was surreal,” Wethington said.

It made her feel lucky to have such an opportunity, especially as a freshman.

While the game was meaningful for Wethington personally, she also expressed gratitude for the involvement of the Blake community and the volunteers who worked the event, saying she was appreciative of their countless hours volunteering and their dedication to growing the game of hockey.

The involvement of other local teams made for a bit of good-natured trash talk between Wethington and teammate Emily Brown, whose alma mater, Blaine, battled the Blake Bears in the boys’ high school game earlier in the afternoon. Wethington explained that while they didn’t exchange any money, which would violate NCAA rules, there was something of a bet between her and Brown.

“We said whoever wins, the other person has to wear their sweatshirt with their high school logo on it. So it’ll be nice to see [Brown] with a Blake sweatshirt on for a day.” Wethington said.

Emily Oden, who scored the game-winning goal, was also excited for the outdoor game. It was something she never got to experience while playing for nearby Edina High School. Oden said having a roster full of Minnesotans brought great energy to the game, and it was a honor to be able to represent the state and the University at the event.

The outdoor game didn’t come without its challenges, though, as the Gophers had to adjust to the elements and the conditions of the rink, and Frost said that while the ice itself was great, the wind was a factor they had to contend with. It made the team simplify their game and focus on defending well against the Buckeyes, he said.

Winning against Ohio State was crucial for the Gophers after a tough 4-1 loss at Ridder Arena the night before.

Frost said it was a significant game for both the Gophers players and staff to be apart of.

“It makes it so nice when it’s in your hometown, and you’re going to enjoy the experience as much as possible. But to win, you know, it’s not everything, but it certainly doesn’t suck,” he said.