The junior is Minnesota's first early departure so far this offseason. 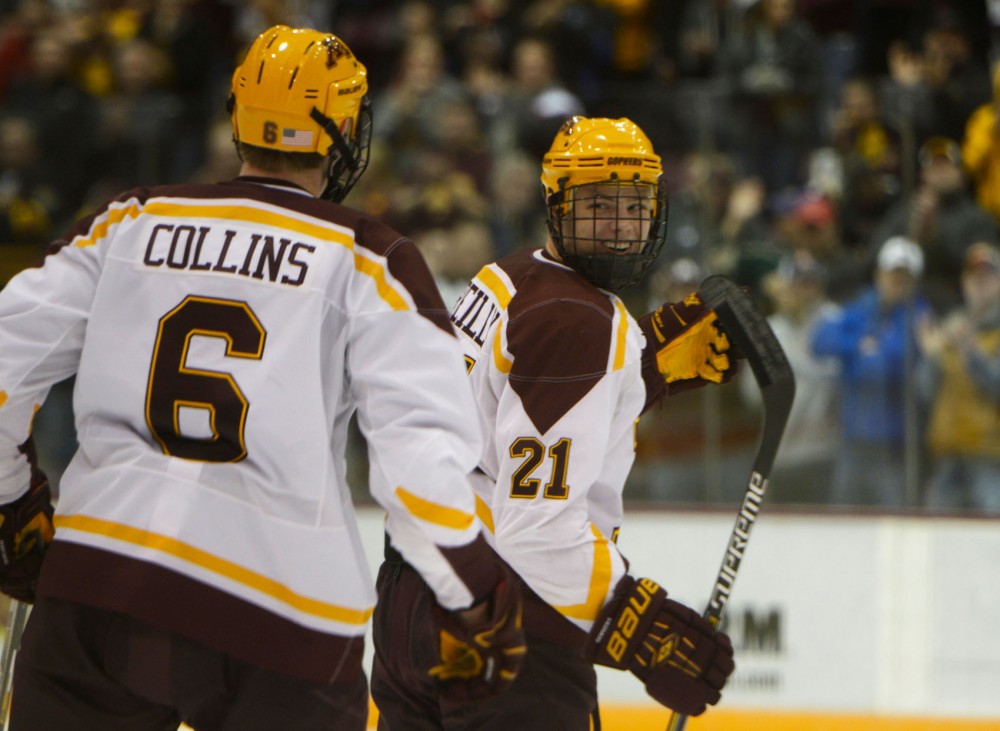 Defenseman Ryan Collins signed with the Columbus Blue Jackets of the NHL Wednesday and will forgo his senior year with the Gophers and his remaining NCAA eligibility.

Collins goes to the Blue Jackets on a three-year entry level deal, and he will report to their American Hockey League affiliate, the Cleveland Monsters, as soon as Friday.

The Bloomington, Minnesota native was selected by the Blue Jackets 47th overall in the second round of the 2014 NHL entry draft.

The junior is the only early departure for the Gophers so far after the season ended in the NCAA regional.

In his three seasons with Minnesota, Collins scored 22 points, with 18 assists. He was the team’s Rookie of the Year following his freshman season in 2014-15.

Former Gophers defenseman Mike Reilly was also drafted by the Blue Jackets, but chose to not sign with the team following his college career.