Dangerous, daring and on display: The Poster Factory, 1970

“I Want to Make This Perfectly Clear” features anti-war propaganda made by former University students. 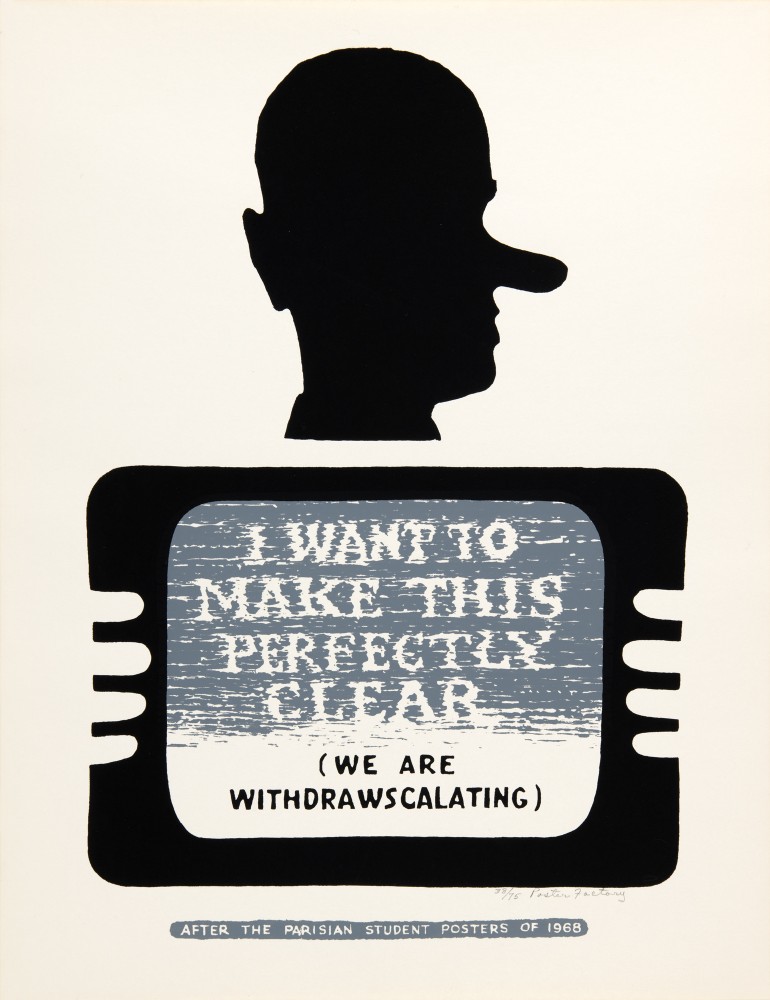 Coinciding with height of the Nixon administration and the Vietnam War, the 1970s were filled with fear, paranoia and unrest. While hordes of people took to the streets to voice their concerns, a small group of students from the University of Minnesota took a nontraditional route — printmaking.

The group, titled The Poster Factory, learned the art of poster-making and focused their sights on anti-war creations. A collection of these newly-rediscovered posters is now on display at the Weisman Art Museum.

The exhibition is aptly-named “I Want to Make This Perfectly Clear,” a phrase often repeated by Nixon when addressing the nation.

Diane Mullin, senior curator at WAM, said the University’s Student Union Association stumbled upon the decades-old posters in storage. Unaware of the posters’ significance, they decided to inquire more and contacted the Weisman.

More than 50 posters were discovered with criticisms ranging from wartime efforts to environmental threats.

“Each of the posters were made to promote protests,” Mullin said.

Erin Lauderman, communications director for the Weisman, said almost all of the artists chose to remain anonymous because of the political climate at the time.

“Nixon had an enemy’s list… and no one wanted their name on it,” said Joan Steiner, one of the few students who signed their work. A prominent focus of the posters were on the scope of presidential powers, Mullin said.

Steiner, a Minnesota native, has two pieces in the exhibit, one of which is an image of a Vietnamese couple carrying a child.

She said she was fearful about signing her work at a time when “campus was crawling with FBI agents.” But she continues to be proud of what she created.

“What are you yourself going to do?” Steiner asked. “Get on the side of the truth.”

What: “I Want to Make This Perfectly Clear”