How a broken system of accountability enabled MPD’s brutal response to the George Floyd protests. 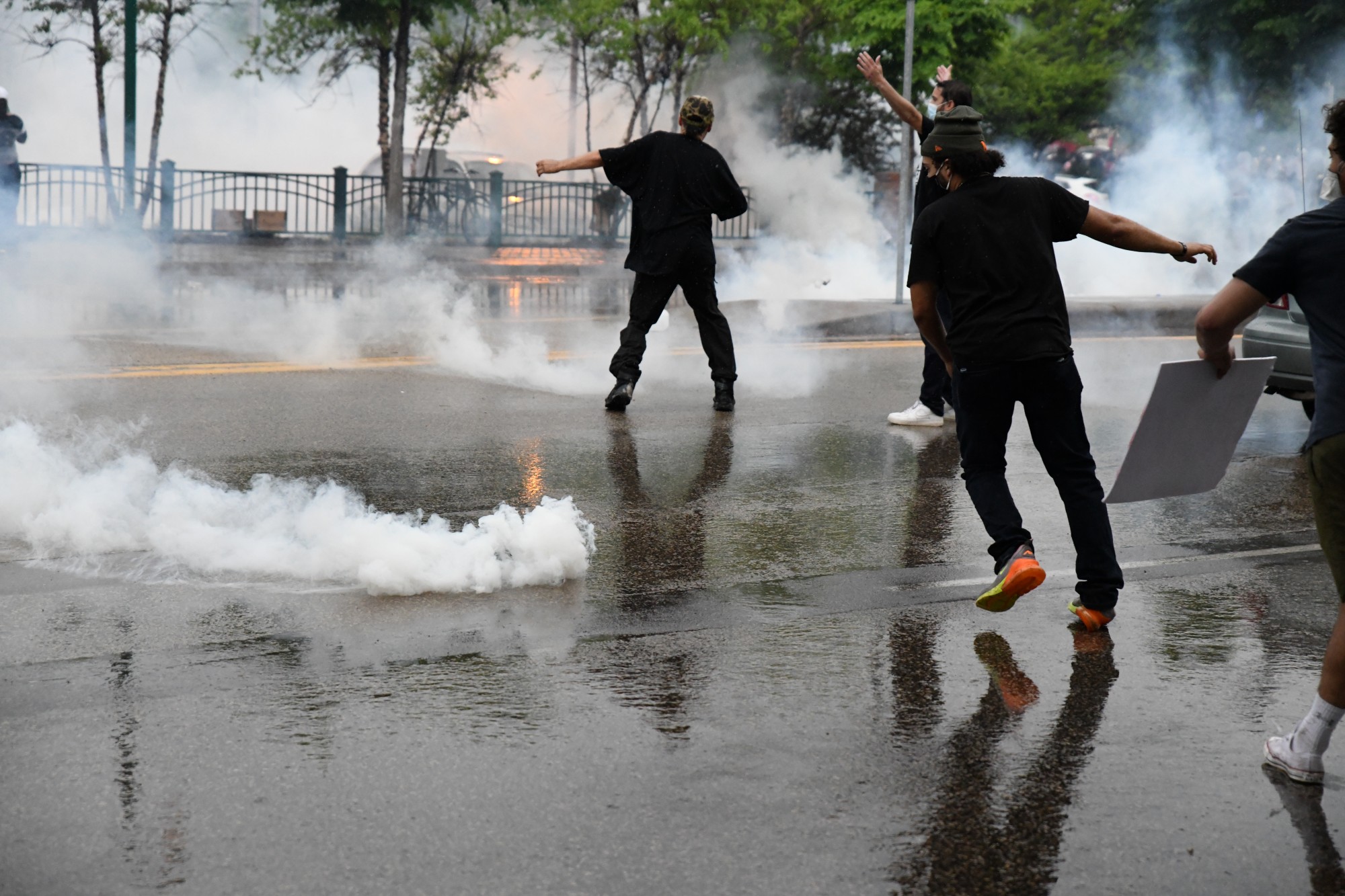 Protesters dodge tear gas cannisters outside of the Minneapolis 3rd Police Precinct on Tuesday, May 26.

A pattern of violence

In the month since the George Floyd protests began in Minneapolis, neither the mayor nor police chief has announced any disciplinary action about officers’ conduct during the protests, despite at least four peaceful protesters maimed by police and at least four lawsuits against the city.

John Elder, a spokesman for the Minneapolis Police, told the New York Times that anyone who believes they were injured by police should contact the Internal Affairs Unit or the Office of Police Conduct Review.

In 2008, the City Council significantly weakened protections for protesters that it had established in 2000. Now, protesters must air their complaints in the Office of Police Conduct Review, the latest iteration of a broken system of police accountability. About 350 complaints have been made by the public since the George Floyd protests began. Just 3% of total complaints have led to discipline by the OPCR. According to data compiled by Communities United Against Police Brutality, 13 complaints made by the public, out of 3,133, have led to discipline, a rate of not even half of 1%.

There is little hope that MPD will be accountable for its violent actions during the protests because it is a responsibility that both the City Council, OPCR and mayor have abrogated for years. For eight years, civilians peacefully protesting in Minneapolis had a City Council resolution protecting them. Passed in 2000, the resolution had given the Minneapolis Police Department a number of directives, like “no restricting access to public space without constitutional, reasonable cause”; “no use of pepper spray, tear gas or similar substances except in situations justifying use of force”; “no use of plastic bullets” and “no harassment of journalists, camera people, legal observers and others not engaged in demonstrating.”

The 2000 resolution came about as a result of police violence and missteps that occurred during the anti-biotechnology protests that seized the International Conference on Animal Genetics in July 2000. The 600-person conference at the Hyatt Regency was never actually disturbed, possibly because police barricaded the hotel, but police did escalate the protests into chaos.

On one of the days of protest, Monday, July 24, 2000, nearly 150 activists came to downtown parks and streets as well as a church. They weren’t alone. Two hundred Minneapolis police hovered downtown and around the Hyatt Regency, plus 75 Hennepin County sheriff deputies.

In riot gear, the police chased the protesters as they marched and tested getting close to the barricaded Hyatt. MPD used pepper spray liberally on the protesters, and 81 were arrested. At some points, the 40 undercover police within the crowd could have comprised a quarter to a third of the total supposed protesters. The police-to-protester ratio seemed unnecessarily high.

In addition to the MPD infiltrating the protests, that Monday night the Minneapolis Gang Strike Force, the Drug Enforcement Administration and FBI raided a house full of activists. They arrested 12, kicking several and giving one a black eye as he followed police orders to get on the floor. Computers were searched and activists had their emails read for an hour by police. A city councilor later told the media that “it seems like it was very much targeted because of their affiliation with the protest.”

There was a clear public backlash to MPD’s response, so the City Council quickly reined in the police with the resolution in November of 2000.

Then, in 2008, the Republican National Convention came to St. Paul. In the lead-up, then-Council President Barb Johnson, a Democrat, but a deeply conservative and regressive one, started to work a revision of the resolution in case any protests came across the river to Minneapolis. The Council’s Public Safety and Regulatory Services Committee came up with a new set of recommendations for MPD, which were then approved by the full council on June 20, 2008.

“We needed significant clarifications about how police should act,” Johnson told MinnPost at the time.

The new resolution, and even its subsequent revision a month later, were a significant step back in protester rights and police accountability, one in a long line that extends into today. It superseded the 2000 resolution, thereby removing bans on plastic bullets, video confiscation and the compiling of dossiers. It also left in place one of the critical weaknesses of the 2000 resolution: projectiles, pepper spray, tear gas or similar substances could be used when the force was “reasonable,” a wide-open standard that the police have interpreted aggressively.

“Police do have, and I’m not using the right terms, some form of projectiles in their basket. There should be policies in place, but the council is giving direction to the police here. It can’t be overkill,” Johnson told MinnPost after the initial resolution passed.

The direction that Johnson’s resolution gave was essentially that the police could do whatever they wanted. Johnson stripped the old resolution of some of its most important protections, leaving a hollow vacuum that the police gladly filled with brutality. Once the ban on plastic bullets was gone, the maimed Minneapolis residents, known and unknown, from the 2020 George Floyd protests were a natural continuation of the culture that filled that vacuum.

A broken system of accountability

The probability of achieving justice for the 350-plus public complaints since the George Floyd protests began is slim — the 0.41% public complaint-discipline rate is a testament to that. The only complaint leading to discipline in 2020 was originally made in 2015.

A public complaint to the Office of Police Conduct Review leading to discipline must survive a grueling, nearly 30-step process involving two different panels and a final decision by an arbitrator, if the police union files a grievance and an agreement cannot be made, which is usually true. A Star Tribune analysis found that the eight of the last 10 arbitration cases involving MPD officers led to an officer getting their job back, one officer twice.

Essentially, it is a game that a civilian cannot win.

In the month since Floyd’s death, Minneapolis Mayor Jacob Frey has emphasized that reform, rather than defunding or disbanding the police, is the path forward. Repeating the same talking points he has made since he was a city councilor running for mayor, Frey has said that “culture eats policy for breakfast” in speeches and on national TV.

The death of George Floyd and MPD’s subsequent response to the protests makes apparent that MPD’s culture is irreparable. It is also apparent, much more clearly now than ever, that the culture of impunity that marks both the mayor’s and City Council’s relations with MPD must end. There has been time to fill the vacuum of police direction since 2008, and neither the mayor and his predecessors nor City Council as a whole has made significant changes.

We are living with the consequences now, and those consequences show us that public safety in Minneapolis must be rebuilt from scratch.