The new overnight parking rate will be $1 per hour, capping at $6 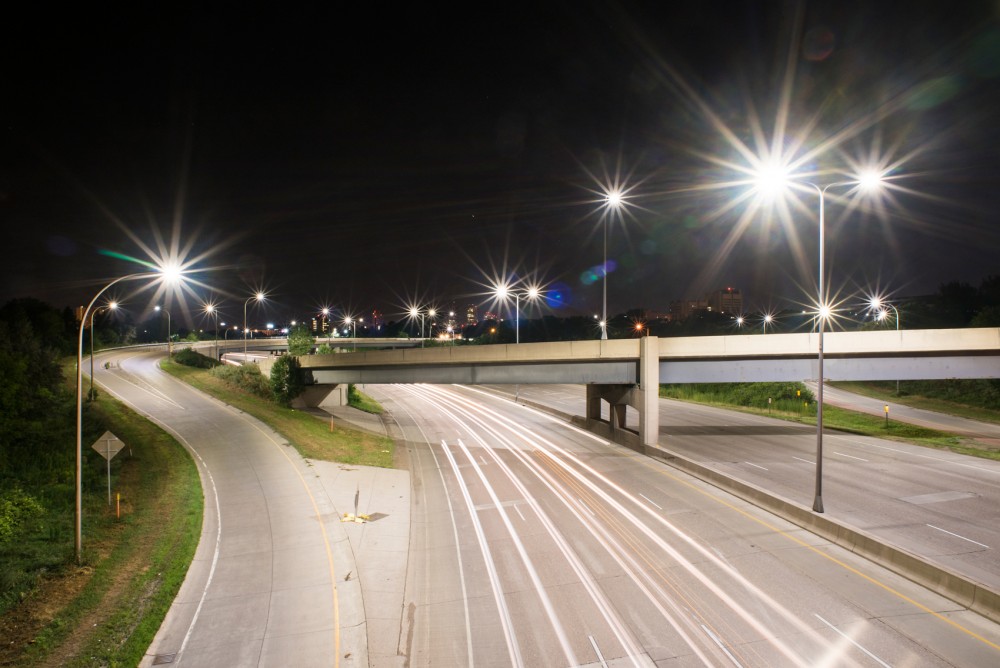 Cars drive down I-94 under the 27th Ave SE bridge early on Tuesday morning. Proposed plans include increased access to the interstate with an access point in Prospect Park.

After a push from the Student Senate, the University will reduce overnight parking costs.

“We had an opportunity to really look at how else we can address this,” PTS director Ross Allanson said at a Minnesota Student Association meeting last month.

Allanson said the Student Senate brought it to his attention that parking spaces close to popular student destinations were often left empty because of the current rates.

“We have a resource,” he said at the meeting. “It is an area where we could potentially offer something.”

With feedback from students, PTS has been working on a plan to reduce rates without sacrificing profits. The money raised from parking helps fund the University bus system in addition to other transit-related maintenance and projects.

During the 2015-2016 fiscal year, PTS raised $33,480,329 in parking fees. This includes public, contract, meter and special event parking. More than half of the income for PTS during the 2016 fiscal year came from public and contract parking. PTS is self-funded and does not receive legislative funding.

The proposed plan would not change event parking rates, Allanson said. The proposal, if enacted, would affect most lots, ramps, and some meters on campus that are not in high-trafficked areas.

The change came because students expressed concern over safety at night on campus, said Shantal Pai, a member of the University Student Senate.

“Parking and Transportation Services has been very responsive,” Pai said. “They want to do everything they can to help with student safety but also make sure they have funding.”