Minnesota struggled in the fourth quarter when it mattered most. 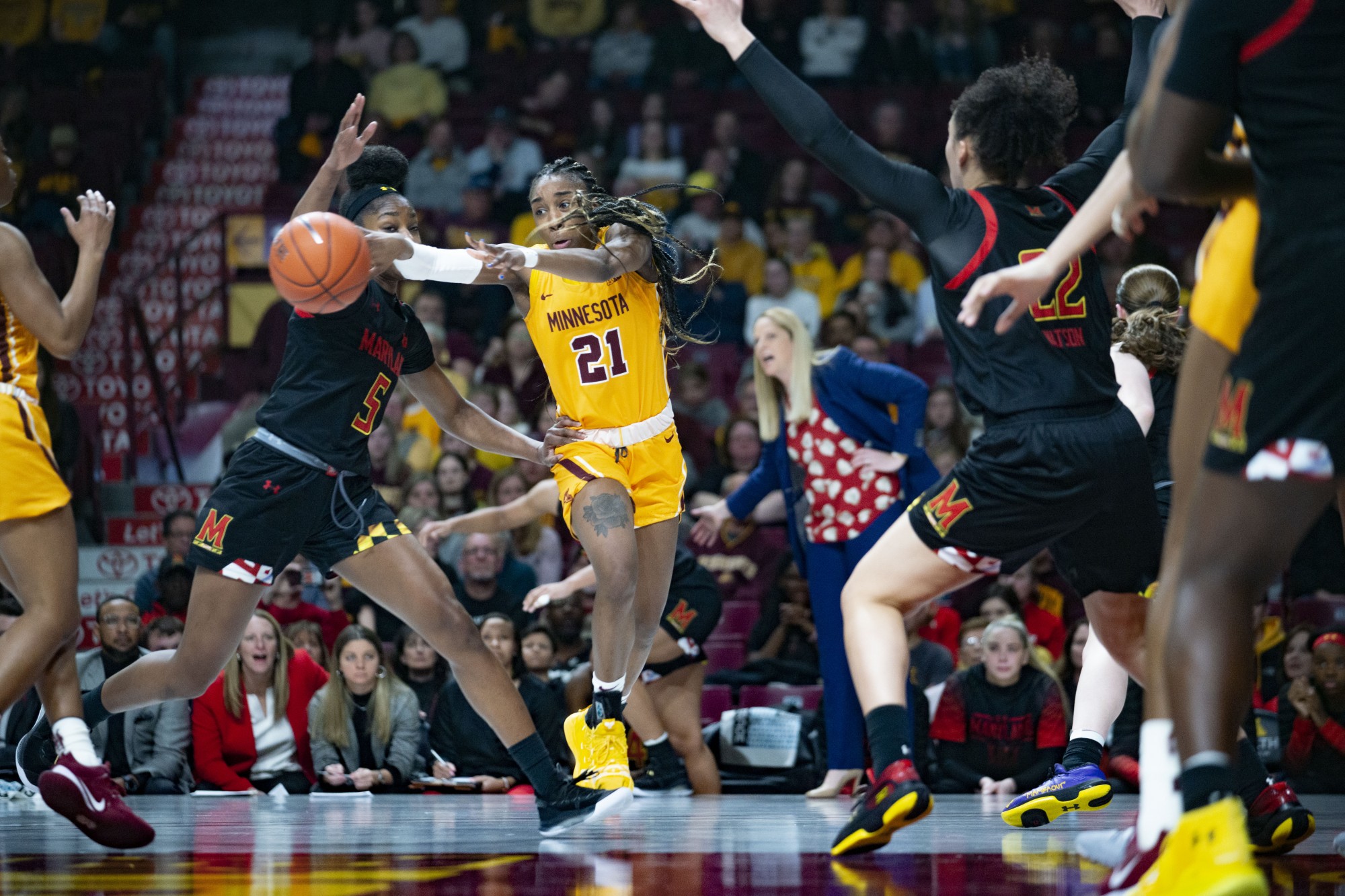 Guard Jasmine Brunson passes the ball through defenders at Williams Arena on Sunday, March 1. The Gophers fell to Maryland 99-44.

The Minnesota women’s basketball team failed to last more than two rounds in the Big Ten Tournament, suffering a 21-point loss to Ohio State on Thursday.

The loss comes after the Gophers played well and beat their opponent Penn State by 20 points in the first game of the tournament Wednesday. Senior guard Jasmine Brunson played as if she did not want it to be the final game of her collegiate career, scoring a team-high 20 points on 4-7 shooting from three and dishing out six assists.

Brunson’s solid play continued through the first half against the Buckeyes, scoring 11 points to help the Gophers stay in striking range at halftime. But Brunson’s play dropped off, shooting 0-4 in the second half and with it went Minnesota’s chances of making a run through the Big Ten.

With less than a minute played in the fourth quarter, Minnesota cut Ohio State’s lead to just four off two made free throws by redshirt junior guard Gadiva Hubbard. However, the next five minutes included four missed shot attempts and five turnovers by the Gophers which played right into the Buckeyes’ hands. Ohio State went on a 14-0 run during the fourth quarter and ultimately led to a 77-56 loss for Minnesota.

Freshman guard Jasmine Powell finished with a team-high 14 points, grabbed six rebounds and added four assists. Unfortunately for Minnesota, the good came with the bad Thursday night, as Powell accounted for nine of the Gophers’ 22 turnovers. This proved to be costly as Ohio State scored 26 points off turnovers.

The Gophers offense had few issues Wednesday against a Penn State team that had only one conference win during the season. But the Gophers reverted back to the same offensive struggles they have had throughout the season against Ohio State.

With the loss, any hopes Minnesota had of making the NCAA Tournament this season are officially over. At 16-15, the Gophers will now have to wait until March 16 to see if they will be playing in the Women’s NIT as they did a season ago.