U professor busy with state budgeting

University professor Laura Kalambokidis is in her first year as the state economist. 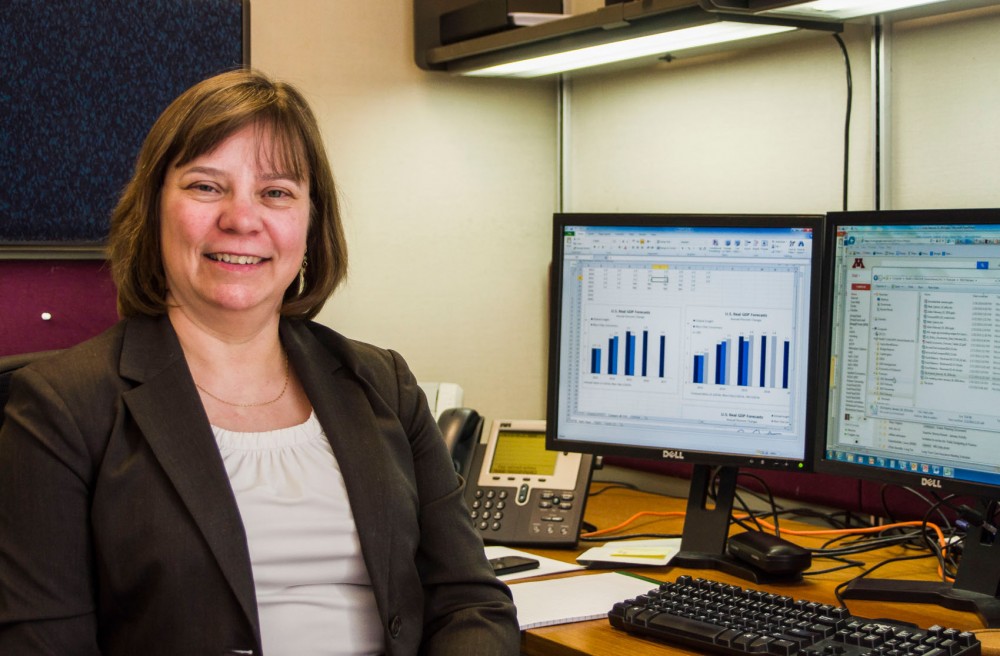 Laura Kalambokidis is so busy forecasting Minnesota’s budget that she doesn’t have time to teach her applied economics course at the University of Minnesota.

As the state economist, Kalambokidis is finishing up Minnesota’s biannual budget forecast, which is due  Friday. State lawmakers will use the forecast to consider how they appropriate funds in the legislative session.

Kalambokidis, who took her post as the state economist in July, teaches a public finance course to graduate and Ph.D. students. But this spring, developing Minnesota’s budget forecast keeps her near the Capitol in the Centennial Office Building instead of on campus.

In her forecasts, Kalambokidis weighs how much money Minnesota’s government is spending and making in order to develop predictions for the state’s finances in the next biennium.

The Minnesota Management and Budget Office, where Kalambokidis works, produces budget forecasts every November and February. This month’s forecast is for the 2014-15 biennium.

“It’s not so much that we’re doing anything that’s directly related to laws being passed,” she said. “We’re producing the forecast that the governor and legislators are going to use when planning their budget proposals.”

She said she also serves as the “main spokesperson” for the Management and Budget Office when it comes to economic commentary.

Jim Schowalter, the budget office’s commissioner, said he hired Kalambokidis because “she’s got a unique set of skills and experiences that makes her an ideal person to be state economist.”

Kalambokidis used to be a financial economist in the Office of Tax Analysis in the United States Department of the Treasury, she said.

It appears the track from University professor to the Minnesota budget office is an effective one for the state.

“Minnesota has a standard of excellence when it comes to budget and revenue forecasting, and Laura upholds that guideline,” said Matt Schoeppner, a staff economist at the budget office.