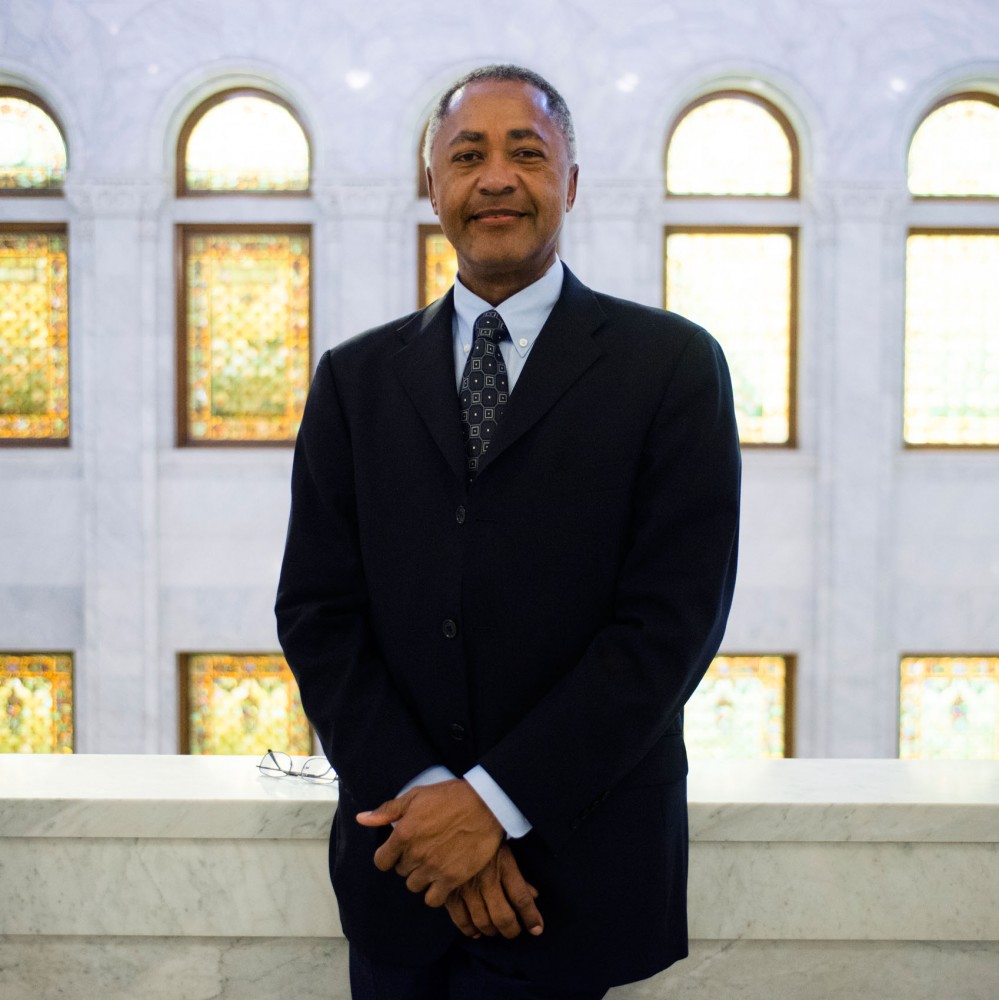 Minneapolis City Councilman Don Samuels is running for mayor, hoping to replace R.T. Rybak, who will not seek a fourth term. Samuels kicked off his mayoral campaign last week.

After immigrating to the U.S. from Jamaica  as a young man and representing one of the most troubled areas in Minneapolis, Don Samuels  is looking for another challenge.

Samuels, who represents the 5th Ward on the Minneapolis City Council, is the third city council member to announce an intention to replace R.T. Rybak  as mayor of Minneapolis.

Samuels said his campaign will be focused on crime prevention, gun violence and attracting businesses to Minneapolis.

First elected to the 5th Ward, which contains parts of north Minneapolis, in 2003, Samuels said he’s emphasized lowering crime and would do the same as mayor.

“When they look at the crime stats city-to-city, we want them to see Minneapolis as the safest city in the country,” he said. “That will be my goal.”

Denise Mazone, a real estate broker who spends time volunteering in north Minneapolis, said she’s noticed the positive difference Samuels has made in the area.

“Being from one of the toughest wards in the city, I think he would be an asset to all of them,” she said.

John Hoff, a north Minneapolis blogger, also agreed Samuels’ work on lowering crime in a tough ward could lend itself to the whole city.

“He’s what you call a councilmember at large,” he said.

But some residents have mixed views about the councilman’s hard-line stance against crime in north Minneapolis.

In September, the City Council voted to overhaul the Civilian Police Review Authority, a civilian-led review board of police misconduct.

Samuels led that proposal and drew criticism for what some said would decrease police oversight.

Kenneth Brown, former chair of the city’s civil rights commission and a vocal opponent of the CRA changes,  said that while Samuels has cracked down on crime, north Minneapolis is now essentially a “police state,” where racial profiling is the norm.

“He has helped the crime over there, but it’s the way he went about it that’s the problem,” Brown said.

With recent talks of gun control, Samuels said limiting gun violence is crucial to improving safety in the city.

In 2012, the Minneapolis Police Department recovered 27.5 percent more guns as evidence than the previous year. Fifty-three percent of the guns were recovered in the city’s 4th precinct, which includes most of Samuels’ 5th Ward.

Samuels said crime has been his biggest challenge as a council member, but it was also an opportunity to help the city. That attitude of facing problems head-on is something he said he’ll carry on into the mayor’s office.

“I’m going to walk into the challenges enthusiastically and provide leadership that says ‘We shouldn’t avoid our problems; let’s identify them,’” Samuels said.

Lowering crime not only improves public safety, but it can also attract business to the city, Samuels said.

“Crime in one part of Minneapolis reflects on our statistics in the city, and impacts the willingness of corporations to come to our city,” he said.

Mazone said Samuels has shown that he can bring jobs to his ward and was excited when he decided to run for mayor.

“When no one else shows up, he does,” she said.

“He’s ignoring those that really need fair treatment and want a job close to their house,” Brown said.

The Vikings Stadium  deal, which Samuels backed, also led some residents to claim he was out of touch with his constituency.

Samuels said his background has provided him with a unique perspective among the mayoral candidates in that he can connect with immigrants in Minneapolis.

“No matter where you are geographically, economically, ethnically, we’re all one city,” he said. “I think I embody that as an immigrant African-American.”

Samuels immigrated to the United States from Jamaica in 1970, and said he went through the tough times that many immigrants experience.

“I know what it means to be making minimum wage and saving money up and sending money home,” he said.

While his friends were saving up money to buy cars and suburban homes, Samuels said that, as a sign of gratitude, he was sending money to his parents in Jamaica to help pay off their mortgage.

Samuels, who’s lived in the Twin Cities since the early ’90s, said Minneapolis was an inviting place to him, and he wants it to be just as inviting to others.

Going from being an immigrant to the mayor of Minneapolis could be an inspiration to minority groups, Samuels said.

Hoff said Samuels is his favorite among a good crop of candidates so far because the council member has a way of stirring up support from a wide range of people.

“He inspires,” Hoff said. “The way he talks is almost musical.”

Mazone said Samuels’ work for the community speaks for itself, and she’d love to see him become the next mayor of Minneapolis.

“He’s very genuine,” she said. “He’s a good friend to the community.”