If they hear you, they will hunt you. 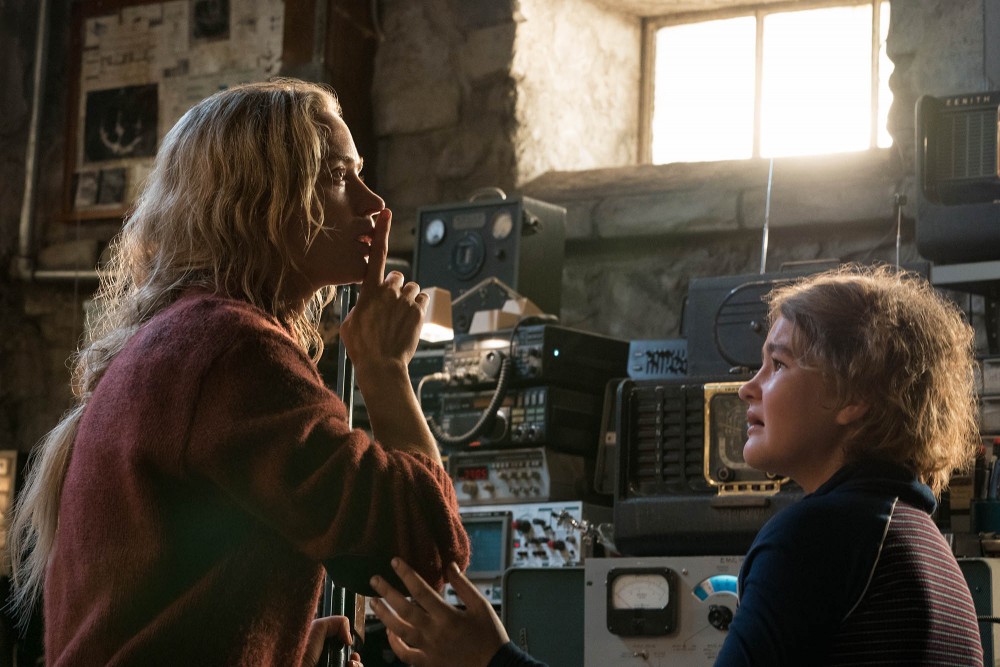 Emily Blunt and Millicent Simmonds in "A Quiet Place" from Paramount Pictures.

“A Quiet Place” follows one family as they navigate a post-apocalyptic world ridden with demonic creatures attracted to sound.

Director and male lead, John Krasinski, plays the loving but stern father who sees himself as the protector of his family. The chemistry between Krasinski and the female lead, Emily Blunt, is undeniable, almost as if they’ve had years of practice.

Their children are bright, resourceful and invariably on edge.

To avoid the predators that haunt the film, the Abbott family learns to communicate via American Sign Language, palpable facial expressions and the occasional faint whisper alongside a babbling brook. Their house and property are surrounded by a string of golden lights that turn red when someone is in danger, eliminating the need to scream for help.

Very few characters are seen other than the members of the family. The city is deserted, drug stores emptied and technology obsolete. Even background information is minimal — the monsters are never explained.

Played by Millicent Simmonds, the couple’s oldest child is deaf. She relies on social cues from her family to determine the threat of danger. Krasinski, also a screenplay writer, fought for Simmonds to be cast, as she is a member of the deaf community.

While the film is classified as horror, it didn’t have the audience leaping out of their seats at cliche jump scares. Rather, it pulled the audience into the characters’ hell.

Moviegoers were so swept up in the plot that snacking and slurping was kept to a minimum.

In one scene, Blunt steps on a nail and lets out a blood-curdling wail. The theater, which would normally have been filled with gasps, was eerily silent.

At first, the casting lineup felt awkward — mostly because Krasinski is plagued by his legacy as Jim Halpert (despite venturing into action films). But he certainly proved himself in “A Quiet Place” by showing just how far a father’s love will go.

When the men are away hunting for food, the women are hanging up laundry and setting the table at home, a rather outdated family dynamic.

But, there is an added layer of dread when Blunt becomes pregnant with their fourth child.

One question arises: Why wouldn’t you use contraceptives?

Blunt’s character is arguably the strongest role in the film. She begins as a doting mother, but quickly transitions into a warrior for her children, steaming fish under her kitchen floorboards and wielding a shotgun.

Through heartbreak, gut-wrenching screams and inescapable fear, “A Quiet Place” tells the story of love. One family is continuously pushed to their limits, but they never give up on each other, not even in the face of imminent death.

The ending of the film all but guarantees a sequel, giving the audience just enough time to regulate their blood pressure.