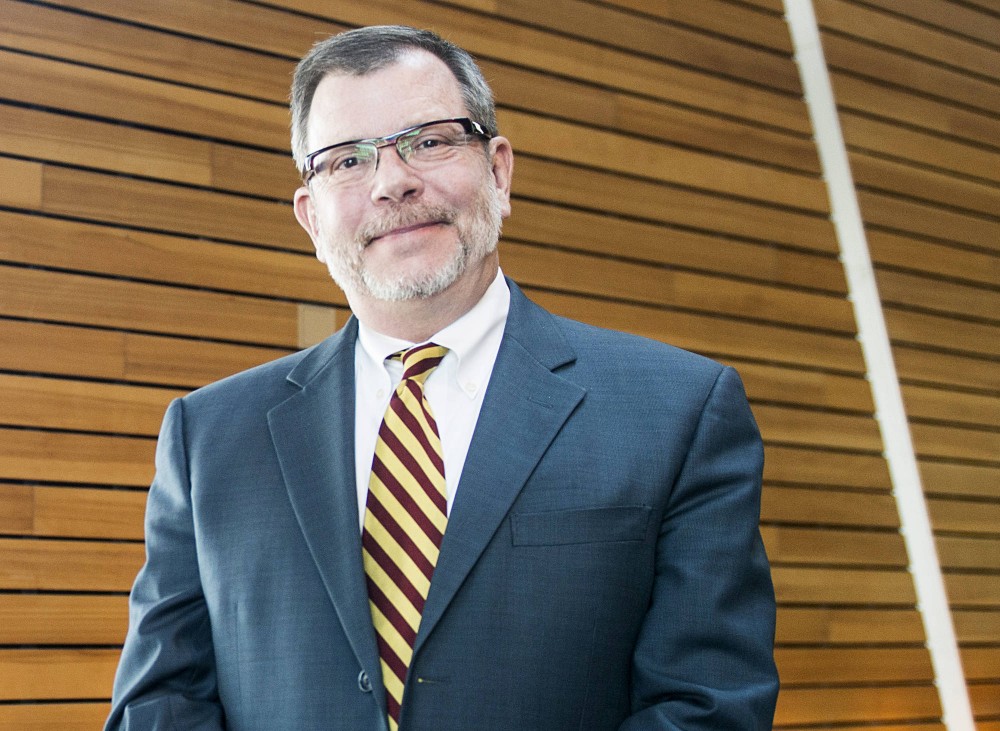 Amid debates over high administrative pay at colleges nationwide, University of Minnesota officials agree President Eric Kaler’s successes outweighed any signs of his failure — earning him another term.

The University’s Board of Regents unanimously voted to extend Kaler’s contract at its monthly meeting July 9, setting the stage for his continued leadership through the end of the decade. State and school officials say they approve of Kaler’s performance so far but noted there’s room for improvement.

The new agreement keeps the current president as the top leader until June 30, 2020 — five years past his original contract’s expiration date — and boosts his yearly salary by 2.5 percent. With benefits, Kaler’s total compensation hits $784,700 for the coming year.

“I think there’s no doubt it’s a large salary,” Kaler said, “but we’re in a marketplace.”

The salary raise brings the president’s base pay to $625,250 per year — but that number could be bumped up over time with each of the board’s annual reviews. By fiscal year 2020, Kaler’s total compensation, supplemented by yearly boosts in retirement pay, will reach nearly $1 million.

Although students, faculty and state legislators expressed support for Kaler and his administration, some voiced concern with recent increases in executive pay nationwide.

“Higher education administrators are overpaid for what they do,” said Rep. Gene Pelowski, DFL-Winona, who chairs the House’s higher education committee. “I’m not picking just on President Kaler, but all of higher [education] is out of whack.”

Pelowski said he doesn’t specifically disapprove of Kaler’s salary because it isn’t outlandish compared to other institutions’ presidential pay.

Kaler’s total compensation ranks as the sixth highest in the Big Ten, according to University-compiled data.

Regent Linda Cohen, who served as board chair when Kaler was hired in 2011, said sixth out of 14 was an acceptable ranking for the University president’s earnings, adding that he could move up that list in the future.

She said the regents will consider increasing his base pay in coming years, both because of the position’s demanding nature and Kaler’s job performance.

“We want to make sure that he stays here for a while,” Cohen said.

This year marks the first year Kaler has accepted the regents’ pay raise offer. For the past two years, Kaler has turned them down, requesting the money go toward student scholarships.

Besides a pay raise, the extended contract offers Kaler more time at his post than most university presidents usually spend.

On average, presidents at U.S. universities serve for seven years, according to 2011 data from the American Council on Education. If Kaler fulfills his contract, he will have been at the University for nine years.

Sen. Terri Bonoff, DFL-Minnetonka, who chairs the state Senate’s higher education committee, said the contract brings consistency to a crucial state leadership role and prevents Kaler from making policy decisions based on whether he’ll be reappointed.

Cohen and Board Chair Richard Beeson said both Kaler’s boosted compensation and extended contract were designed to keep him at the University as long as possible.

Kaler said he hasn’t been tempted to leave the University but added that he gets monthly calls and emails from peer institutions about potential job opportunities.

“We want this to be his last job,” Beeson said.

Since Kaler took office three years ago, University community leaders have praised him for his transparency and focus on affordability and are urging him to expand those efforts over his next six years.

Andrew McNally, president of the Council of Graduate Students, applauded the president for his work at the state Legislature to secure a two-year tuition freeze for undergraduates who pay in-state tuition.

Kaler regularly takes time to listen to students’ concerns, said Alex Stangel, vice chair of the Student Senate, which he said he appreciates. For example, he said Kaler meets with the group several times a year to discuss University issues.

Stangel, who attends the Morris campus, also said he would like Kaler to further that kind of transparency by meeting more often with students and visiting coordinate campuses.

But in the future, she said she would like to see Kaler increase his focus on growing the proportion of instructors on the University’s tenure track.

She said instructors who don’t have permanent appointments, like adjunct faculty, may struggle to teach and grade fairly since they depend on good student reviews for a renewed contract.

“People who are on precarious appointments are not in a position to fulfill the ideals of education fully,” she said, “and that’s not good for students.”

Even though University leaders have praised Kaler for his work, his administration hasn’t escaped national scrutiny.

The University has been accused of excessive administrative spending in recent years, which led to Kaler’s plan last fall to make a $90 million cut over five years.

“Getting out from under some bad publicity about administrative overhead has taken a lot of work,” he said.

But the negative attention hasn’t deterred Kaler from his plans to stay at the University.

“I would love to retire from this job,” he said.