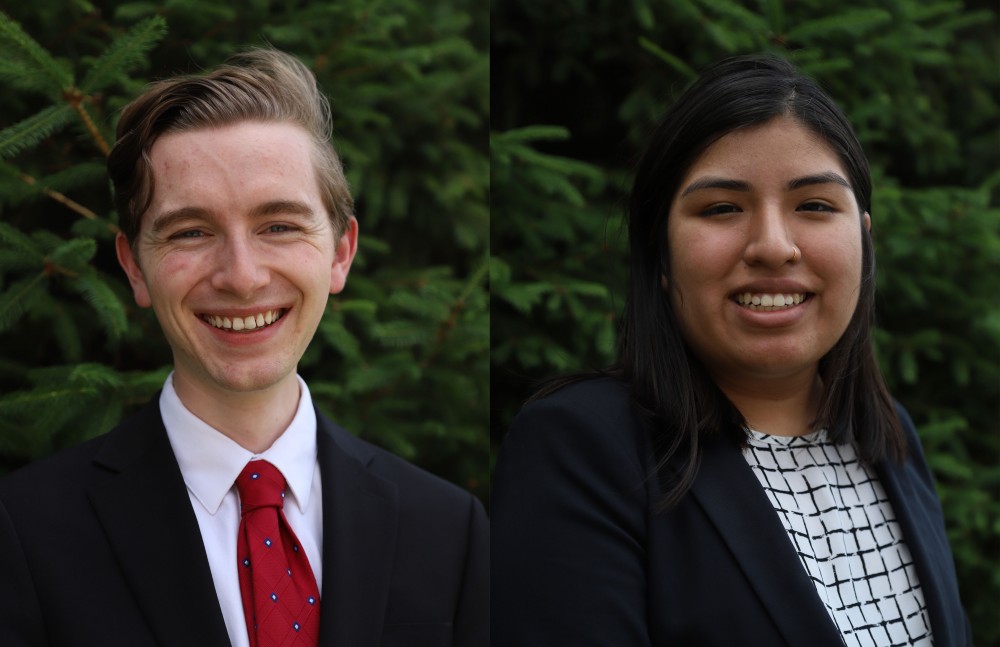 New student representatives to the University of Minnesota’s Board of Regents will begin their terms this fall.

Student representatives to the board are responsible for attending regent meetings, where they serve as non-voting members on committees. The representatives speak on behalf of the student body and publish reports that include topics they want to bring to the regents’ attention.

Each year, eight students are chosen across the University’s five campuses to represent their school, four of which come from the Twin Cities campus. Two students are chosen by the Minnesota Student Association, one by Professional Student Government and one from the Council of Graduate Students. The representatives for the 2019-2020 academic year were chosen near the end of spring semester and will begin their terms on September 1.

After controversy over the student representative selection process, student governments adopted a memorandum reducing confusion among the groups.

Anampa Castro and Kraft will both begin their senior year at the University this fall. Kraft is studying mathematics, linguistics and computer science, and Anampa Castro is studying sociology of law, criminology and deviance.

Both Anampa Castro and Kraft have been involved in student government for the majority of their time as students at the University.  Kraft served as a student representative to the board last year, and prior to that served as MSA’s infrastructure committee director. Anampa Castro served as the chair of the University Student Senate and was on the search committee that was tasked to find the next University president last year. She was the only undergraduate student on the 23-member committee.

“One of my goals in this role is to continue to advocate for the University of Minnesota system … to use our advocacy to transform the University to a [place] where student voices are always uplifted,” Anampa Castro said.

Anampa Castro and Kraft hope to bring student issues up to the highest level of governance, and focus not just on undergraduate students but to include graduate and professional students in conversations.

The representatives will work together to decide which topics they want to include, and Kraft said that they hope to continue to build off of reports presented in previous years.

“The topics that go into the report are ones that resonate … these are very unifying topics,” he said.

Anampa Castro and Kraft also hope to continue a shadowing program that was piloted by MSA and Twin Cities campus representatives to the board two years ago. The program enables a regent to follow a student around for a day to see what a typical day in the life of a student at the University looks like.

With President-designate Joan Gabel stepping into the role as president in a matter of weeks and four new elected regents, the two hope to use this time of change in University leadership to make an impact.

“[We’re] acknowledging this time of very consequential change for the University and leveraging that to ensure … student voices and representation of the diversity of student experiences are incorporated at an early stage of these new eras of the University,” Kraft said. Martinez Gavina is a professional student who just finished her first year in the Master of Public Affairs Mid-Career program at the Humphrey School and is the student representative for PSG.

She has participated in PSG meetings in the past, but this is her first time in an official role representing the organization and the student body.

As a student representative to the board, she hopes to advocate for students from underrepresented communities and prioritize equity and inclusion at the highest level of governance at the University.

“I want to get a better understanding of the dynamics and culture of the board. Who are the regents? How are they uplifting underrepresented students?” she said.

Martinez Gavina also wants the board to address student mental health, hoping to make sure students have access to the resources they need to succeed despite any mental health barrier.

“Mental health can be a daily struggle that can impact many aspects of a student’s life and we need awareness, resources and services to alleviate this burden,” she said.

Representing professional students and making sure their opinions and concerns are brought to the table is also a priority for Martinez Gavina. Cohen-Rencountre served as a student representative for the board last year, also representing COGS.

“I saw the role description as a unique and powerful way of engaging with service-minded people from many areas within the institution,” she said in an email.

Cohen-Rencountre said the student representatives to the board play an important role in increasing student engagement and dialogue.

“As a Dakota person, I take my role as a student rep to heart. I believe together as students we are taking steps to be the change we want to be. We are bound to world politics, the realities of war, and to our future generations on this land,” Cohen-Rencountre said in an email.

Clarification: A previous version of this article misstated which groups piloted a shadowing program. The program was piloted by MSA and Twin Cities campus representatives to the board.