The University of Minnesota's Regents have begun discussing what the process will look like. 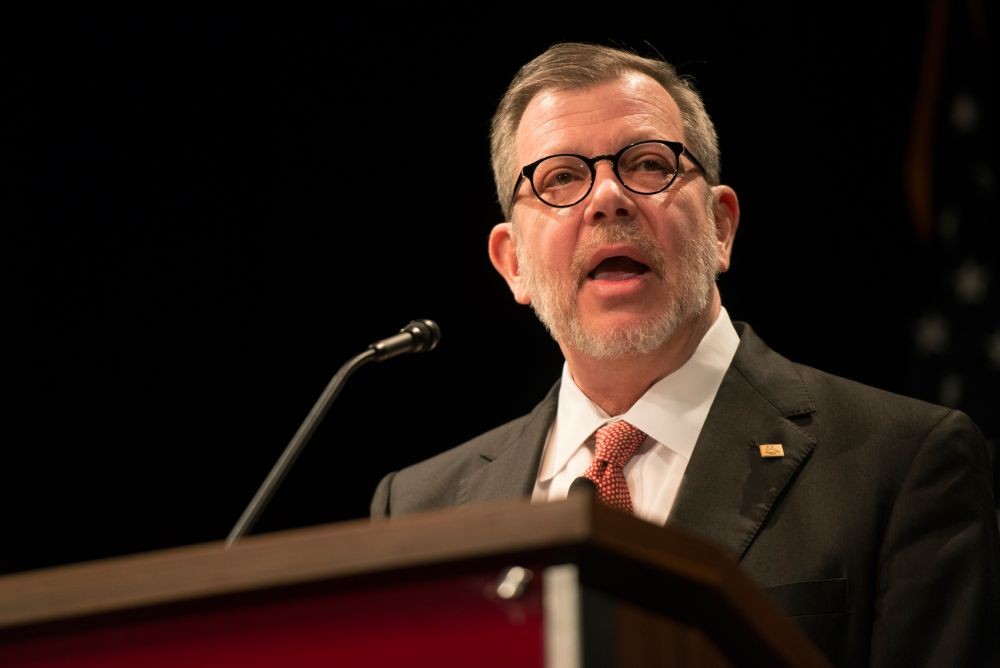 The search for the next University of Minnesota president is underway.

University President Eric Kaler announced last week that he would resign next summer, a year before his eight-year contract is scheduled to end. The University’s Board of Regents have initiated first steps in deciding how to conduct a search for Kaler’s successor.

“I think the timing is good on President Kaler’s decision to step away, it gives us some time to find the right person,” said Regent Randy Simonson.

Conversations between Kaler and the regents regarding his resignation have been ongoing for the six months preceding Kaler’s announcement of his decision to resign late last week.

Regent Vice Chair Ken Powell and Chair David McMillan have begun conversations about how to conduct the search for the new president.

“The Board is committed to a very robust set of input opportunities with key stakeholders and with almost all the University,’’ McMillan said.

The Board plans to create a search committee for the new president. It has not yet been decided how many members the committee will have or who will lead it, but that every member of the Board as well as students, faculty and stakeholders will be involved in the search process, McMillan said.

“The whole Board will have input, it won’t be just decided by the committee,” Simonson said.

In a statement released by the Minnesota Student Association, student body president Simran Mishra said she wants students to be able to give input on the selection.

The board will also consult with a third-party firm to garner expertise and aid in the selection process.

“We’re an unpaid, part-time Board– I highly doubt that everyone on the Board is going to be able to provide a thorough investigation of the candidates, so I would expect there to be some kind of outside support,” said Regent Darrin Rosha.

Kaler and McMillan said they are looking for a new president who holds fresh perspectives on navigating challenges facing higher education.

“[For the next president,] I’d like another Eric Kaler – somebody who is able to look over the horizon at the changing business model for public higher education,” McMillan said at the press conference.

Helen Sabrowsky contributed to this report.