City plan to lay out future of transportation for UMN, Minneapolis

The Transportation Action Plan will impact streets and transit near campus. 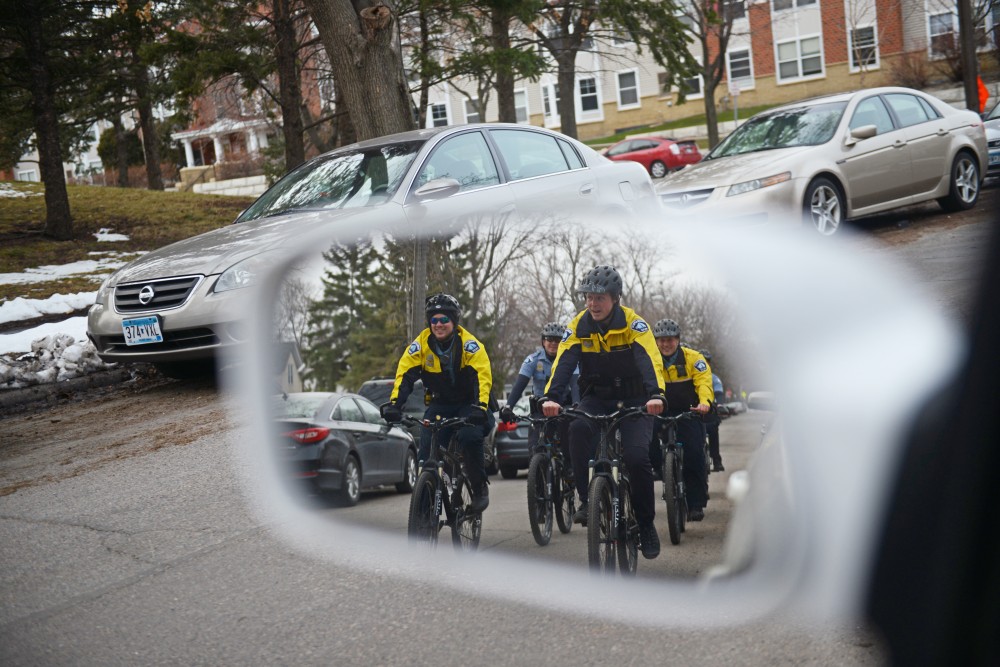 A group of eight police officers patrol on bikes through Dinkytown.

A new City of Minneapolis plan will lay out the future of transportation around campus and throughout Minneapolis.

The Transportation Action Plan has the potential to impact sidewalks, bike paths and public transit near the University for the next decade. Minneapolis Public Works formally kicked off community engagement on the proposal Saturday at the Minneapolis Community Connections Conference.

The new efforts aim to improve transportation around the city and incorporate goals outlined in the Minneapolis 2040 comprehensive plan. The Transportation Action Plan will replace Access Minneapolis, the current 10-year plan.

Although the plan is still in its early stages, Ward 2 City Council member Cam Gordon said it will allow students and residents near the University of Minnesota to discuss a range of transportation issues.

“I think it’s a great opportunity for folks around the University area to think about how we can make it safer and more convenient for bikers, walkers and transit users, as well as for automobiles,” Gordon said.

The plan will differ from its predecessors by incorporating cars, bikes, public transit, pedestrian and other transportation infrastructure into a single, comprehensive draft. Past models created separate categories for each mode.

“We know that trucks and bikes and cars and everything need to coexist. We need rules to make that work. We have to look at them together because there are some places in the City that seem like [they] were not designed for people,” said Ward 3 City Council member Steve Fletcher.

“Transportation’s changing quickly with technology,” Mayell said. “There’s a recognition that these things are really integrated … taking this approach makes a lot of sense right now.”

Under current City policy, Fletcher said some dangerous neighborhood intersections have gone unaddressed. He hopes the plan will be more responsive to these issues.

“The Transportation Action Plan is sort of a process for gathering that feedback and for thinking about what policies will make our neighborhoods safer,” Fletcher said. “This is a chance for people to really stand up for places in our neighborhood that they would like to see be safer.”

“That’s a pretty big priority for the neighborhood because that would dramatically improve bus service between Prospect Park through Marcy-Holmes and Dinkytown, and then into downtown and Uptown,” Roberts said.

A draft of the plan is anticipated to be released later this year, Mayell said.