The men finished in second place at the annual Oz Memorial over the weekend. 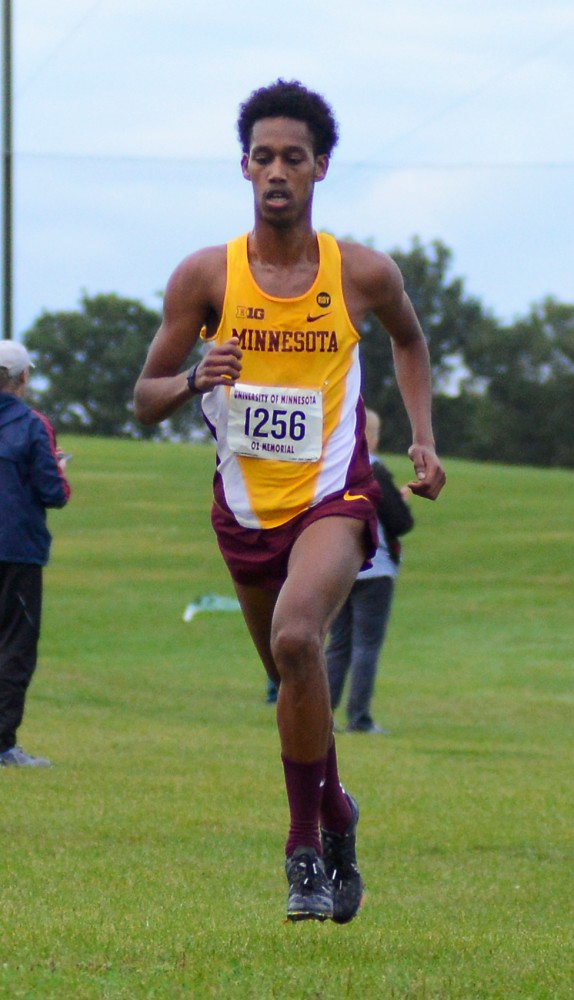 Tommy Jaakola
Redshirt senior Liz Berkholtz led wire to wire and finished in 21:48.3, winning the individual title at the annual Oz Memorial. The Gophers also defeated No. 1 Iowa State at the four-team meet by a score of 33-37, though the Cyclones held out some of their top runners.
“I was taken aback because I expected Iowa State to bring their top runners, and they ended up not running their top three, and that changed my race strategy,” Berkholtz said. “I planned [on] going out with Iowa State’s top runners and just hanging on, and so when I found out they weren’t running, my goal was to win.”
Berkholtz made her final push for the finish after finding motivation from the crowd.
“I heard people cheering for a different team,” Berkholtz said. “It wasn’t, ‘Go Gophers,’ it was, ‘Go Emma.’ And we don’t have an Emma. So I picked it up.”
Another solid performance came from redshirt junior Haley Johnson, who placed fifth in the race, running a 22:21.0. Younger runners Tamara Gorman, Madeline Strandemo and Courtney Alama placed seventh, ninth and 12th, respectively.
“Our young kids stole the day,” head coach Sarah Hopkins said. “It was awesome to see those guys. And the upperclassmen are savvy; they will be where they need to be by the time we get to Griak, Wisconsin and all the meets that matter after that.”
Both Minnesota and Iowa State were well ahead of third- and fourth-place finishers South Dakota State and Drake.
“It wasn’t a perfect day by any means, but it was certainly a solid day,” Hopkins said. “Even though some people faded a little bit, we learned a lot more running that way.”
Men finish second
The men’s cross country team did not run some of their top athletes including Adam Zutz, Aaron Bartnik and Matt Welch, but it still managed to place second behind South
Dakota State Friday night at the Oz Memorial.
“We split our squad. Half ran at Kansas, and half ran here,” head coach Steve Plasencia said. “I wanted those guys to get a good race in. I was thankful that it wasn’t hot. It wasn’t a day where people were struggling, and times were pretty good.”
The top runners’ absence opened up an opportunity for sophomore Obsa Ali to lead the team, and he took it in stride.
Ali recorded his best career finish and the best finish by a Gophers runner in Oz Memorial history, finishing fourth overall with 19:04.4. The time bested Pieter Gagnon’s 19:04.58 finish from the 2009 Oz Memorial.
“I felt pretty good,” Ali said. “We started out really conservative; we stayed that way throughout the race, and we really picked it up in the last kilometer.”
The Gophers also received a promising performance from redshirt sophomore Charlie Lawrence. He led a pack of Minnesota runners for a majority of the race, besting his personal record by over 40 seconds with a time of 19:06.2.
Delete Image
Align Left
Align Center
Align Right
Align Left
Align Center
Delete Heading