Minnesota is ranked third entering the tournament, while the Tigers are No. 7. 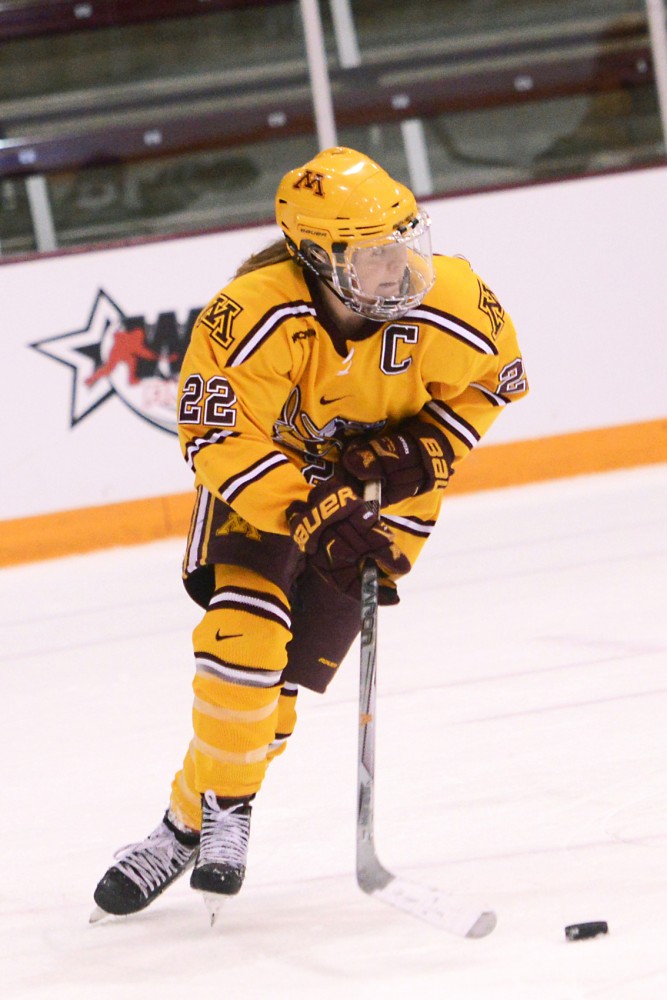 Emily Polglaze
The Gophers will begin the last legs of their chase for a second consecutive national title this weekend.
Minnesota will host Princeton in the first round of the NCAA playoffs at Ridder Arena on Saturday.
The winner will advance to the Frozen Four in Durham, N.H., the following weekend.
The Gophers (32-4-1) are seeded third in the eight-team tournament after losing the Western Collegiate Hockey Association Final Face-Off title game to No. 2 seed Wisconsin.
Princeton (22-8-2) ended the year ranked No. 7 in the country and finished third in the East Coast Athletic Conference standings.
Minnesota is 8-0-1 all-time against the Tigers. The two teams last played in 2013, and the Gophers swept Princeton in a two-game series.
“It’ll be a great match-up, and we’re excited to have one more opportunity to play in front of our home crowd this season,” head coach Brad Frost said in a statement Sunday.
Undefeated Boston College earned the tournament’s top seed, while the Badgers enter ranked No. 2.
If both Minnesota and Wisconsin advance, the two programs would meet for a sixth time this season. The Badgers lead the season 3-2 after a 1-0 victory at Ridder Arena on Sunday.
Wisconsin goaltender Ann-Renee Desbiens made 35 saves in the Badgers shutout victory on Sunday.
“Desbiens has been unbelievable this year,” senior captain Hannah Brandt said on Sunday. “Hopefully we’ll get another crack at her.”
Delete Image
Align Left
Align Center
Align Right
Align Left
Align Center
Delete Heading