Not what it could have been, but Minnesota and Northwestern will square off Saturday 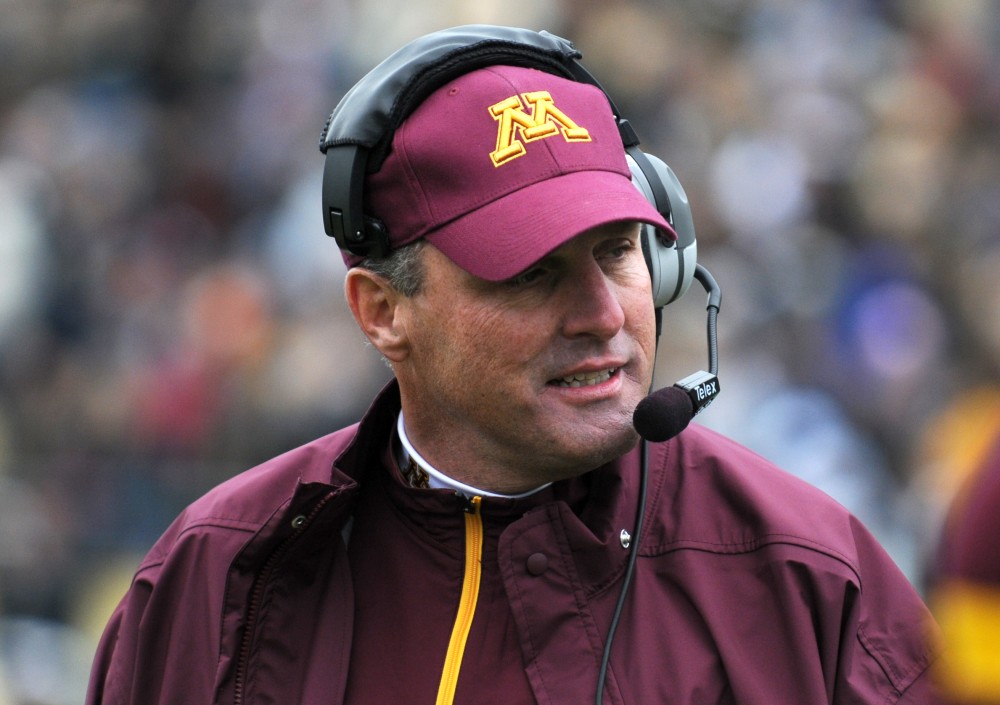 A week ago, it was difficult to tell Northwestern and the University of Minnesota apart. Both teams were 6-1, ranked in the USA Today and Bowl Championships Series top 25 and playing in Indiana , albeit against different teams. But if anyone was getting the two mixed up, Oct. 25 helped. The Gophers racked up another win at Purdue thanks to a stifling defensive performance, while the Wildcats not only lost their game at Indiana, but also starting running back Tyrell Sutton and quarterback C.J. Bacher. Sutton is out, likely for the season, and Bacher remains questionable. Now it seems two very different teams will be facing off Saturday at 11 a.m. at the Metrodome. Minnesota (7-1 overall, 3-1 Big Ten), back in Minneapolis for the first time in four weeks and playing its Homecoming game, is riding the momentum of back-to-back Big Ten road victories . Northwestern (6-2, 2-2), perhaps with a completely new starting backfield, will be trying to keep its season from slipping off the tracks. Three of the GophersâÄô final four games are at home, and on paper, every one is winnable, but after the WildcatsâÄô defeat last weekend, Minnesota will certainly be wary of a letdown. âÄúIf we donâÄôt understand that we have to take every team seriously, it could quickly turn into that type of game,âÄù senior tight end Jack Simmons said Tuesday. The âÄútype of gameâÄù heâÄôs referring to is a loss when everyoneâÄôs expecting a win. ItâÄôs especially pertinent now because the Wildcats, sans starting running back and possibly quarterback and coming off a demoralizing loss, may seem like an easy win. Not so fast. DonâÄôt forget that the Gophers lost starting running back Duane Bennett in the first game of the season. True freshman DeLeon Eskridge has stepped in and kept MinnesotaâÄôs run game viable. WhatâÄôs more, the Gophers have continued to win. So senior Omar Conteh, who started five games last year when Sutton was injured, including the WildcatsâÄô 49-48 double overtime win against Minnesota , should fill SuttonâÄôs void capably. âÄúTheyâÄôre not going to miss a beat as far as Conteh playing in the game,âÄù head coach Tim Brewster said. In addition, NorthwesternâÄôs pass rush has been formidable all season; the Wildcats lead the Big Ten in sacks with 24 . Against MinnesotaâÄôs porous offensive line, theyâÄôll likely have success getting to sophomore quarterback Adam Weber. Of course, the Gophers boast defensive prowess of their own; theyâÄôve been hounds for the ball this season and lead the nation in takeaways (24) and turnover margin (1.88) . Turnovers have been winning games for Minnesota all year, and they may again, especially against giveaway-prone Northwestern. With their much-improved defenses, itâÄôs probably safe to say the Gophers and Wildcats wonâÄôt combine for 97 points again Saturday. In fact, Minnesota is allowing only 17.1 points per game this year. Northwestern barely trails at 18.2. No respect? The Gophers did it before playing Illinois and Purdue, so itâÄôs no surprise the Wildcats are playing the âÄúno respectâÄù card in regards to being MinnesotaâÄôs chosen homecoming opponent. ItâÄôs a motivation tactic more than anything else, but the topic still comes up. So when it was mentioned at TuesdayâÄôs press conference, sophomore safety Kyle Theret offered a retort. âÄúThey beat us last year; we have to respect them,âÄù he said.