Meters may also be removed from 14th Avenue to aid the flow of traffic. 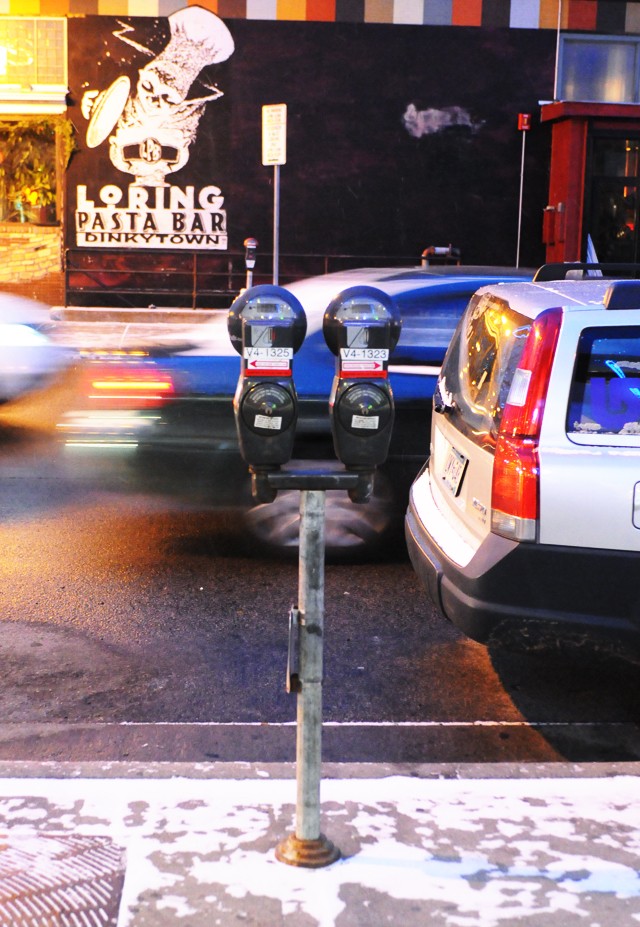 At the request of business owners, all one-hour meters in Dinkytown have been changed to two-hour meters.

At the request of business owners, all one-hour meters in Dinkytown have been changed to two-hour meters. âÄúItâÄôs too difficult to eat dinner in one hour,âÄù Laurel Bauer, owner of House of Hanson, said. âÄúItâÄôs just not a relaxing time to come somewhere and sit down and then have to run out.âÄù Plans are also in the works to remove two meters in front of Potbelly to increase traffic flow on Fourth Street. As it exists now, the cars turning left onto Fourth Street from 14th Avenue are held up by swarms of pedestrians, Bauer said. In turn, the traffic going straight is backed up for several light changes. Removing the meters will allow cars to pull to the right of left-turning vehicles and go straight. Skott Johnson, president of the Dinkytown Business Association, said both changes will make the area more user-friendly. HeâÄôs spoken with several people who came to Dinkytown and got parking tickets âÄî an experience he said he doesnâÄôt want people to associate with the area. âÄúItâÄôs hard for people who go to the spa or have a nice dinner or see entertainment at the Varsity or the Kitty Cat Klub,âÄù he said. âÄúYou canâÄôt do it in under an hour without having to run out in the middle of something to plug the meter.âÄù In the past, the meters were two-hour ones, but they were dropped to one because students were plugging them and going to class, Johnson said. But thatâÄôs no longer the case, as most students would be unlikely to have eight quarters on them every day, he said. âÄúIf a student does park here and run to class, fine,âÄù he said. âÄúTheyâÄôre at least in Dinkytown, and maybe when they come back from class theyâÄôll buy a cup of coffee.âÄù Removal of the meters in front of Potbelly must be approved by the city of Minneapolis. Project engineer Tim Drew, who received a sketch of the plan from Bauer, said heâÄôll perform studies of the intersection and balance parking and traffic needs. Without having looked closely into it yet, he said it might be feasible. âÄúI think it could relieve some of the congestion,âÄù he said. A pilot program that ran from December 2008 to July 2009 tested multispace meters that allowed users to pay with credit cards, Drew said. The city is now collecting data from that and deciding whether theyâÄôll introduce them permanently. The multispace meters caused a great deal of confusion, Johnson said. Some people didnâÄôt realize they had to pay for parking, and others had trouble figuring out how to use the machines. âÄúIt was not a good experience,âÄù Johnson said. âÄúIt was very frustrating for people.âÄù