Women’s hockey ready to retool for next season

The Gophers were just three games away from a chance to hoist their eighth national championship trophy before the season was canceled. 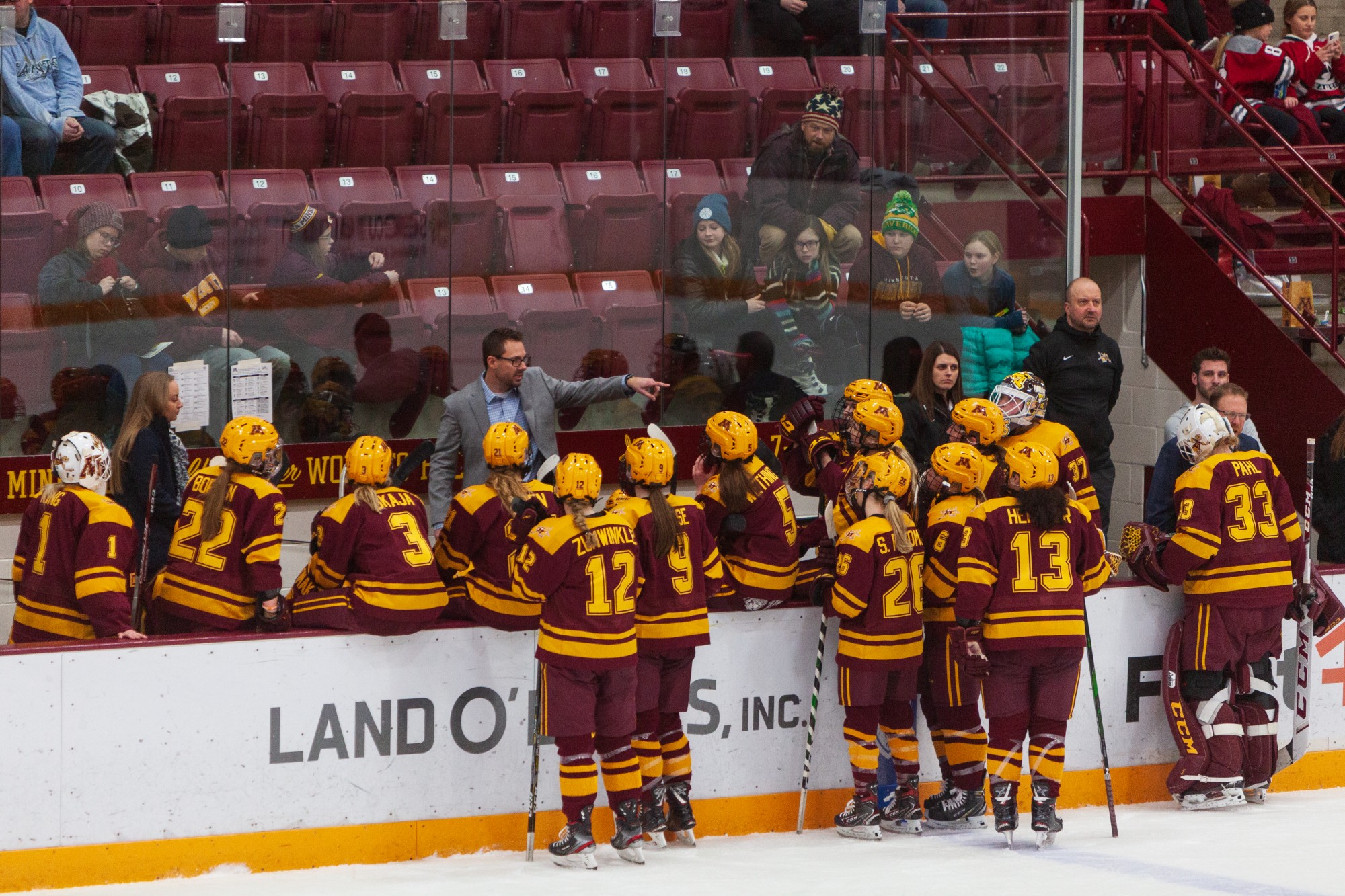 The NCAA women’s hockey season came to an untimely end Thursday, March 12 — right before the NCAA Tournament was set to kick off.

The Gophers were coming off of a close overtime loss in the WCHA Tournament semifinals to eventual WCHA champions Ohio State and were scheduled for a rematch against the Buckeyes in the first round of the NCAA tournament before the cancellation.

“It’s tough because I really liked how our team was playing,” head coach Brad Frost said. “We were very excited to get another crack at Ohio State. If you win or lose, you know you left all you had on the ice and did whatever you could, and that can give you closure. With the abrupt ending we had this season and not having a ‘last practice,’ it’s very anticlimactic to end a season that way.”

Senior goaltender Sydney Scobee won WCHA Goalie of the Year, freshman Madeline Wethington won WCHA Rookie of the Year and Alex Woken was named as the WCHA Student Athlete of the Year.

Sarah Potomak led the WCHA with a +39 plus/minus rating and finished her senior season ranked No. 11 all-time in points scored in program history (179 points with 65 goals and 114 assists). Olivia Knowles also led all WCHA defense at +35 plus/minus rating for the year.

And while the Gophers will lose Scobee and Woken to graduation, the team returns a lot of talent from a junior-heavy 2019-20 team.  Both defensive starters Emily Brown and Olivia Knowles will return along with leading scorer Grace Zumwinkle.

“[We] have a lot of positives to look forward to next season with a bunch of names returning. It should be another great time on the ice,” Brown said.

The Gophers should be back at full strength next season and ready for another shot at a championship run with a “great” recruiting class, according to Frost.