The Walker’s new exhibit resists nostalgia to explore the struggles of a tumultuous, transitional decade. 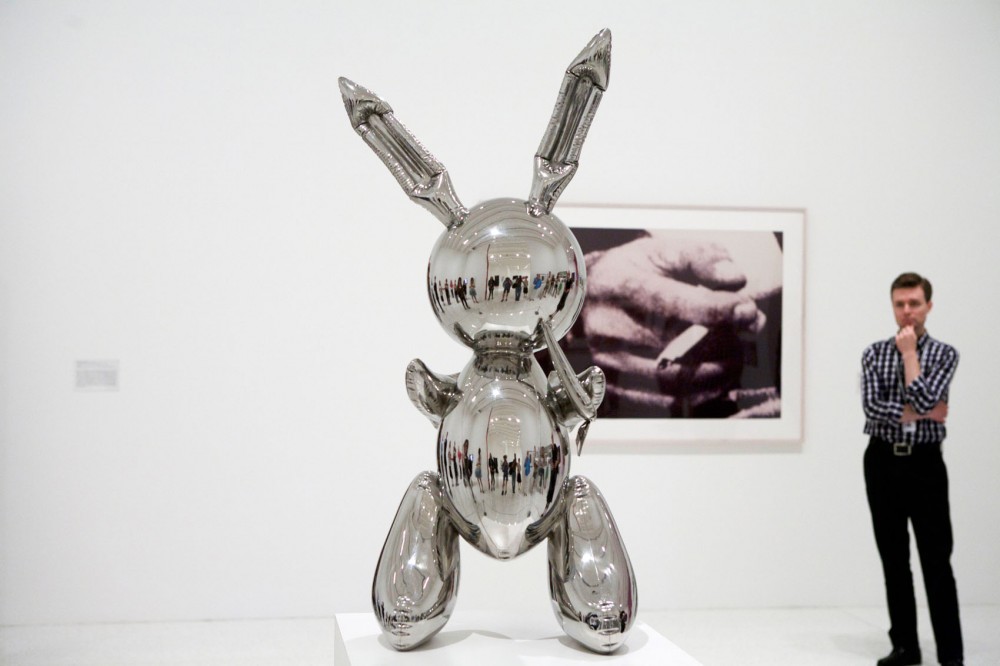 Jeff Koons' "Rabbit" featured in the show "This Will Have Been: Art, Love & Politics in the 1980s" at the Walker Art Center. Helen Molesworth considered this one of the centerpieces of the exhibit.

What: This Will Have Been: Art, Love and Politics in the 1980s

The culture of the ’80s is documented all too well. Between big hair, John Hughes, “Thriller” and everything else, the look and culture of the decade is instantly recognizable even to those who weren’t alive for it. But the political subtext of the time and its effect on the art world is hidden under neon legwarmers.

“If any decade deserves a closer look — or a second chance — it’s the 1980s,” said Darsie Alexander, chief curator at the Walker Art Center. The Walker’s newest exhibition “This Will Have Been: Art, Love and Politics in the 1980s” aims to cut through all the New Wave and Members Only jackets to get to what the decade was really all about.

Helen Molesworth, curator of “This Will Have Been,” said that the 1980s actually represent “the end of the 1960s.” It was a transitional period that saw the close of many radical changes from the ’60s and ’70s and set up political and cultural issues that we’re still wrestling with today.

“The argument in a nutshell is that the 1980s is a period that opens with feminism and closes with queerness, and it tracks the movement from feminism to queerness throughout its long arc,” Molesworth said.

During the 1980s, artists were processing the major strides made by women and minorities in the previous 20 years while simultaneously beginning to reject the binary “male/female” or “black/white” systems they had been fighting in the first place.

According to Molesworth, David Hammons’ controversial “How Ya Like Me Now?” is one of the characteristic pieces to describe this phenomenon. It’s a massive portrait of the Rev. Jesse Jackson but with blond hair, blue eyes and white skin. Finding the painting offensive, a group of young black construction workers attacked it with sledgehammers.

“They did not know that the artist who made the piece was African-American himself, although one of the things the piece tells us is that it doesn’t matter,” Molesworth said.

“How Ya Like Me Now?” is one of many pieces of public art at the time that shows that the minority communities that fought for civil rights in the decades prior aren’t all homogenous.

“This Will Have Been” also examines how these arguments applied to women and the LGBT community in the 1980s. Jeff Wall’s “Picture for Women” serves both as a self-portrait and a dismantling of the traditional notion of the male gaze. A mirror shot, the camera is directly in the center of the frame, and a model looks forward at Wall’s reflection. It’s a complicated image that, like many in “This Will Have Been,” questions traditional notions of gender that were thrown out as the LGBT community became more visible in the ’60s and ’70s.

Finally, the exhibit explores how racial and sexual tensions heightened as the spread of AIDS morphed into a political crisis.

The paper creeps through the galleries by covering small archways. These sections are narrow enough that one can recognize the design but not make out the text. In the last section of the exhibit, called “The End is Near,” the paper covers an entire wall, and other art hangs over it. According to Bronson, the competition between the images is symbolic of the AIDS pandemic.

“That’s kind of the idea, is that AIDS was this kind of background to everything,” he said.

Overall, “This Will Have Been” is a portrait of a decade in the unique position of being culturally overexposed, but only recently understood.

“It’s not a definitive history,” Molesworth said. “It’s more of an opening gambit of how we would begin to reassess the period.”