Experts, lawmakers reflect on Dayton’s legacy and the future of higher education policy

The next governor will impact state support of the University, according to lawmakers and political experts. 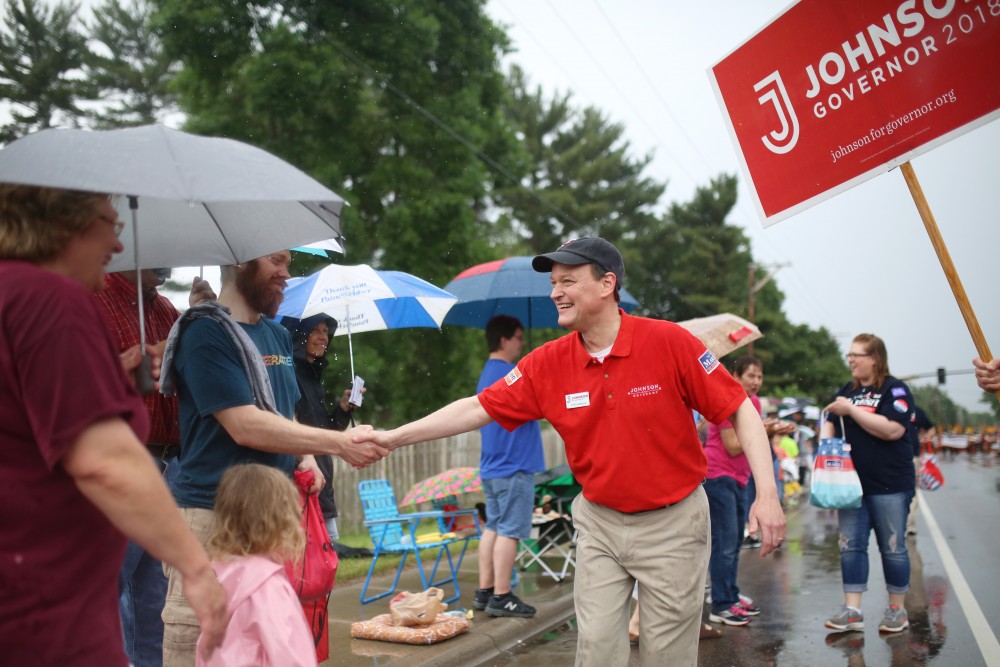 As midterm election campaigns heat up following DFL and GOP endorsement conventions, higher education policy in the state could shift with the election of a new governor, lawmakers and political experts say.

DFL Governor Mark Dayton — a vocal supporter of the University of Minnesota — is retiring after serving as Governor for nearly eight years, leaving room for his replacement to have a significant impact on the school’s future.

Representative Gene Pelowski, DFL-Winona, who chaired the House higher education committee in 2013, said Dayton’s support of the University led to increased funding for the school. Dayton also stressed accountability as governor, he said.

“When Dayton had a Democratic Legislature, there were record increases in higher education, we froze tuition and paid for it, we made a record investment in the state grant program and we held accountable higher education for excessive administrative costs,” Pelowski said. “There is a pattern that will have to be matched for anyone who follows Dayton.” Last session, Dayton recommended full funding for the University’s bonding bill request. But Republican lawmakers pushed back on the proposed bill, resulting in partial funding for the school.

Dayton also proposed full funding for the University’s fiscal year 2019 supplemental budget ask, which the school claimed would hold tuition flat for undergraduate resident students. Republican-controlled higher education committees in the House and Senate voted down amendments to allocate this funding, resulting in a 2 percent tuition increase approved by the Board of Regents Friday.

“I would give Dayton high marks for effort, even though he wasn’t as successful as he could have been,” said David Schultz, professor of political science at Hamline University.

While a Republican governor would still offer support to the University, Senator Jim Abeler, R-Anoka, said members of his party are concerned there is a lack of accountability in how the University spends its money.

“The Democrats are willing to give more money without being particular about what happens to it, and Republicans are concerned that there is waste in higher education that could be cleaned up [so] the money could go further. There is a lot of unnecessary administration cost,” Abeler said. Republicans represent a large part of Greater Minnesota and are also increasingly focused on the Minnesota State system. This is illustrated in the party’s fiscal priorities, said Larry Jacobs, director of the University of Minnesota’s Center for the Study of Politics and Governance.

In the last bonding bill, the Minnesota State system, which is significantly larger than the University’s five campuses, received around $129 million compared to the University’s $79 million.

In the last five years, Dayton has proposed University bonding bill and budget bill allocations greater than those passed by the Legislature. In both 2015 and 2018, he proposed bonding bills that exceeded the request made by the University, which was an attempt to solidify his legacy as a supporter of the University, Jacobs said.

“Mark Dayton will have a legacy up there with some of the greatest supporters of higher education,” Jacobs said. “He’s someone who believe in the University and has been in their corner.”