O’Brien to retire after 10 years as VP at University 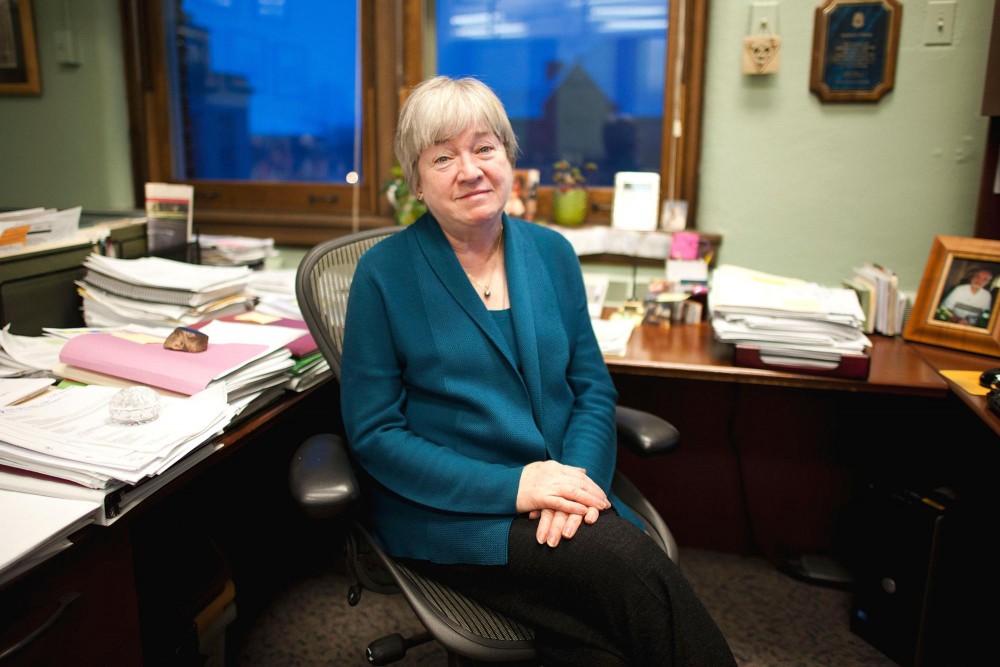 Kathleen O’Brien, here in her Morrill Hall office, will retire from the University of Minnesota this summer. She has been the vice president of University Services since 2002.

“With mixed emotions, I’m announcing today my retirement as Vice President of University Services,” O’Brien wrote. “After four incredibly rewarding decades of public service, I know in my heart this is the time to move on to the next phase in my life.”

According to the email, University President Eric Kaler will soon announce a nationwide search to fill O’Brien’s position.

Her tenure wasn’t without difficulties, she said, noting the 27 days of court-ordered mediation between the University and the Met Council over the effects of light-rail construction on University research facilities in the spring of 2010.

Prior to holding the job, O’Brien spent eight years representing the University’s ward in the Minneapolis City Council, worked as chief of staff to former University President Nils Hasselmo and served as Minneapolis’ city coordinator.

“I’ve gone back and forth between the city and the University,” she said in an interview.

Assistant Vice President and Chief of University police Greg Hestness worked with O’Brien at the city and at the University. He said the relationships she built with the community helped her in her role at the University — she knows who to call.

O’Brien said she’d planned on retiring when former President Bob Bruininks did, but Kaler asked her to stay and help with the transition.

For her successor, O’Brien said knowing the ins and outs of the large University, being a good listener and a good collaborator are essential.

In her retirement, O’Brien said she looks forward to researching Twin Cities history and getting involved in community-based work with women’s and children’s organizations.

“It’s going back to my roots” in community organizing, she said.