Minnesota has one meet left before it tries for a Big Ten and NCAA title. 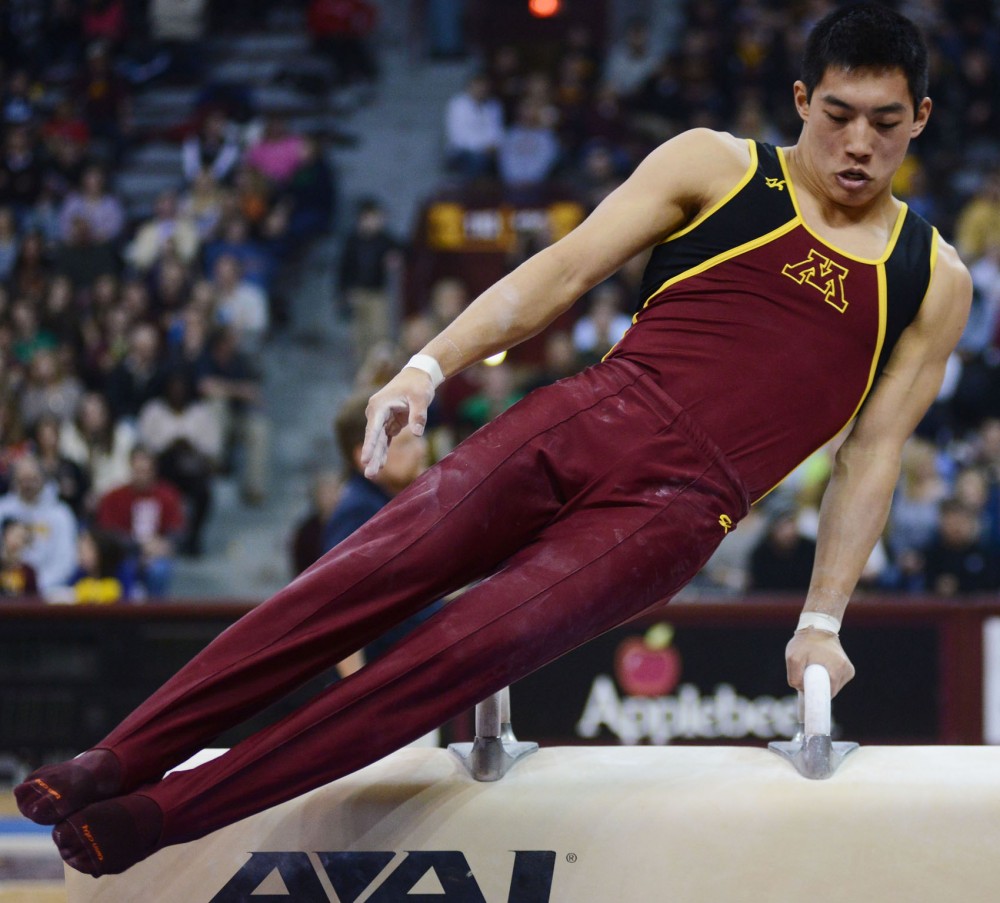 The eight Gophers seniors made their final appearance at the Sports Pavilion last Saturday night, marking the end of an era for the men’s gymnastics team.

“I know gymnastics is a sport where leadership is a big part of it,” senior Steffen Beck said. “It will be different for the guys [next season].”

“We were lucky that all of us jelled together and became such good friends,” he said. “You build a support system with all these guys.”

The seniors characterized themselves as a close-knit group of guys whose leadership extended throughout the gymnasium.

“It’s kind of like a snow plow,” head coach Mike Burns said. “They start plowing it out, and everyone follows behind.”

That class paved the way for a revised style of training with the introduction of morning circuits — a form of gymnastics training centered on light, medium and hard weeks.

“It’s probably the best conditioning regimen we have,” Burns said. “They force you to expend a lot of energy, get your heart rate up and use all the muscle groups.”

The group pushed through the early-morning wake-up calls and increased their toughness each season. Beck and Morinishi said the workouts have helped the team succeed over their four years.

“This year, a light week is still harder than a heavy week on what it would’ve been our freshman year.” Beck said.

The group is set to close out their careers on a high note, but they did experience some adversity along the way.

Beck blew out his knee last season while doing a dismount off of still rings. That injury challenged the group, but the rest of the team responded and stepped up in his absence.

“That was a big hit.” Morinishi said, “But the team covered for him really well.”

Now, with one meet before the team embarks on a run at a title, Morinishi said it’s good to see the growth over the last four seasons.

“We made a difference and impact [on this team], and that’s really cool,” he said.

The senior class’s leadership will be missed, but Burns has a strong group coming up after them — including consistent performances all season from juniors Steve Jaciuk and Ellis Mannon.

Morinishi said he’s happy the senior class has left behind a good foundation for success in the future.

“I think our closeness strengthened our team, and that will be our legacy for sure,” he said.