The Fashionista is in – Cat’s out of the bag

This week, I’m letting you in on two of my style secrets 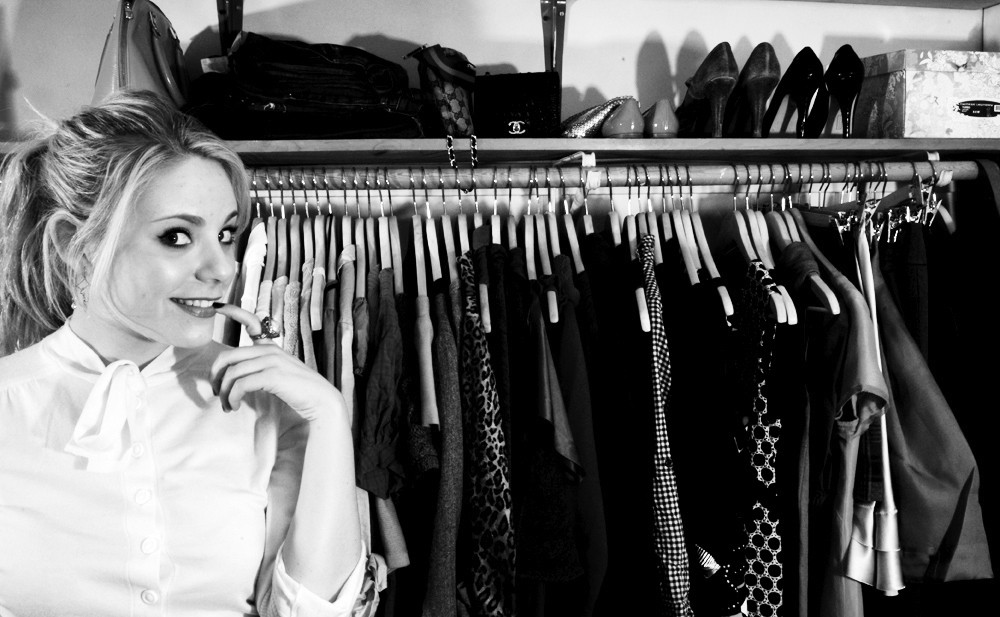 A Little Street Magic IâÄôve really only learned about three things in college âÄî one of them being that your student account is not a magical card where you can charge British âÄúVogueâÄù without paying for it. But the most important thing IâÄôve ever learned is the magic trick to getting that pesky road salt out of your shoes costs only $.85 at Rainbow. What is it? VINEGAR. My poor boots have gone through quite the trials and tribulations because I trek around everywhere from MacyâÄôs Nicollet to the Library and back again, but with a little vinegar they look (almost) good as new. Yes folks, vinegar is the wunderkind responsible for both sparkling-clean windows and boots devoid of the white etchings of salt. All you have to do is blop a little on a paper towel and gently buff your shoes. Street-melter be gone! Go sparingly on the vinegar when youâÄôre dealing with Ugg boots, because the suede is easily ruined. Of course, if youâÄôre trekking around in half-snow, half-ice theyâÄôre already on the path to destruction. (Did you know Uggs were created as surf boots? TheyâÄôre technically not supposed to go in the snow at all.) Psst âÄ¦ Did you hear? Everyone with a shopping fetish on level with mine has a âÄúbest-kept secret,âÄù a store where the deals are amazing, the wares are perfection, and the minute you step in the door âÄî just like in âÄúCheersâÄù âÄî everybody knows your name. If youâÄôve got one, youâÄôd loathe to give it up to other people. When someone asks you where you got that top, you say, âÄúOh, itâÄôs vintage,âÄù and lie, just so you donâÄôt have to give up your treasure trove. IâÄôm that way, but then again, my days as a nanny have made me pretty comfortable with the concept of sharing. So what IâÄôm going to tell you, my dearest ones, is that the Salvation Army downtown has a basement full of Target overstock, and sometimes, if youâÄôre lucky, you can find the coolest things. IâÄôm pretty sure my gray raincoat was a Rogan sample that never went into production. ItâÄôs tag-less, so I canâÄôt prove anything, but the leopard-print lining is the same as last summerâÄôs Go! International designer line. Everything downstairs is in pristine condition (itâÄôs just stuff they didnâÄôt sell) so youâÄôre not paying for ragged castoffs. There is even Method dish soap and cheap bedsheets too, all on delicious, delicious clearance. Bring âÄòem Out Speaking of Target , their in-house designers (based in Minneapolis) do a capsule collection between the big-name Go! International lines, and IâÄôm really looking forward to the next one. Of course, Go! International and its baby sibling are notoriously hit-or-miss. I wanted to buy everything from the Proenza Schouler line in 2007 but hated the entire Erin Fetherston line that winter. But its next two scheduled debuts have me won over. IâÄôm dying for this floral one-shouldered minidress from the Private Label, which is supposed to be on the Target racks sometime this month for $45. The Private Label line needs to get its behind in gear and shoo out the awful disappointment that is the current Thakoon line, because IâÄôm tired of seeing it lounging listlessly on its hangers. NobodyâÄôs buying! Michelle Obama loves Thakoon and IâÄôve always liked his creative prints, but my high hopes for his Target capsule were dashed. There are a few things IâÄôll pick up on clearance, like the cardigans and perhaps a bikini, but if you looked up âÄúunderwhelmingâÄù in the dictionary, The Private Label collection will be followed up by Alexander McQueen , the first really huge designer to do a Target line, so expect stuff to fly out of the store as soon as itâÄôs released. Obama-rama The Obamas are all up in my daily dose of âÄúEntertainment TonightâÄù because Mary Hart is always gushing over what our new first family is wearing and for good reason: The Obamas are bringing fashion back to the White House. No more staid Oscar de la Renta gowns in the vein of Laura Bush; for the Inauguration Ball, as youâÄôve probably already heard a million times, Michelle chose a white dress by American designer Jason Wu. SheâÄôs been wearing a lot of young designers, which only endears her to me all the more. Michelle could have picked an established designer to make her gown, but instead she went to a young kid whoâÄôs only got a fledgling, though respected, line, making Jason Wu a household name immediately. Plus, in addition to bringing up-and-coming designers into the public eye just by zipping up their dress, Michelle dresses her daughters in J. CrewâÄôs Crewcuts (Sasha and MaliaâÄô s Inauguration coats were SO cute) and herself in White House/Black Market and H&M. SheâÄôs realistically representing all-American fashion values!