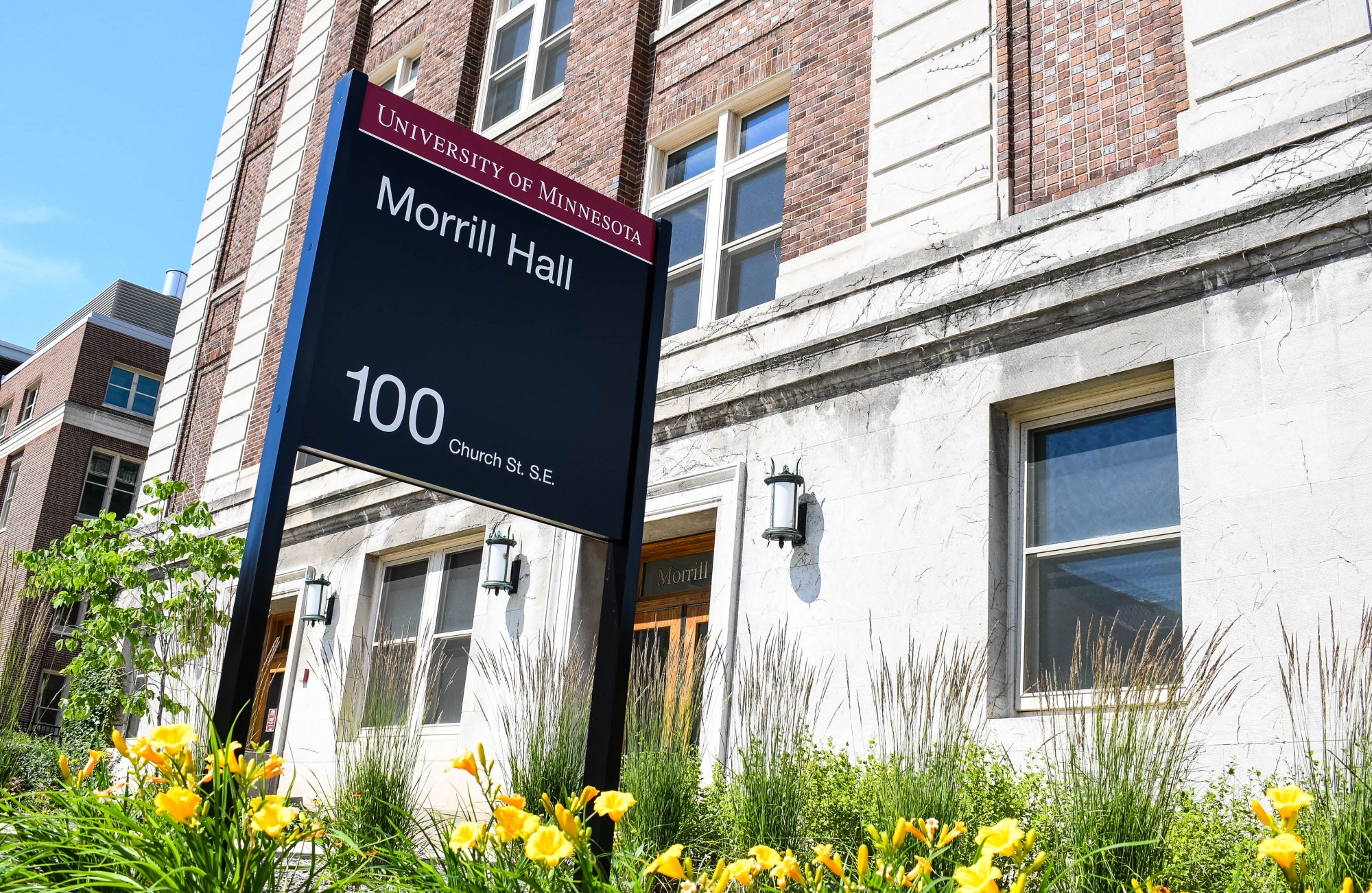 The current exterior of Morrill Hall on the University of Minnesota, Twin Cities campus on Friday, July 3.

The Minnesota Indian Affairs Council released resolutions for the University of Minnesota to address its historical injustices against American Indian people as a land-grant institution.

With help from American Indian Tribal Nations Relations office, the resolutions, released July 8, demand the University work directly with Tribal Nations to acknowledge historic and contemporary injustices as well as the exploitation of Native Americans, and pursue remedial steps. Many staff members, faculty and students in the Department of American Indian Studies are reflecting on current events and new historical evidence.

Tribal Relations Office graduate interns An Garagiola-Bernier, Benjamin Yawakie and Laura Paynter worked together this past year on the resolutions with the Minnesota Indian Affairs Council to build better relationships with all 11 tribal nations in Minnesota.

“From students’ perspectives, it seems that few in positions of leadership at the University are willing to engage in this discussion, and far less are willing to put forth change in any meaningful way,” read an email to the Minnesota Daily from Garagiola-Bernier. Her tribal affiliation is Anishinaabe descended from Bois Forte.

What is a land-grant institution?

Land-grant colleges or universities are institutions in all 50 states designated by state legislatures or Congress to receive the benefits of the Morrill Acts in 1862, 1890 and 1994.

The first Morrill Act allowed grants in the form of federal land to states, using the benefits to establish public institutions to fulfill the Act’s mission in agricultural and technical education. The second Morrill Act provided further funding, part of which was used for supporting the creation of historically Black land-grant colleges.

In the University Real Estate Office’s annual report from 2019, acres of current University land can be traced back to when Congress granted them to the school in 1861. By 1873, the University reported having received 202,000 acres of lands from several congressional grants including 120,000 acres from the 1862 Morrill Act, said Andersen Library archivist Erik Moore.

The University is one of 112 land-grant institutions in total and benefited from more federal government disbursements of land in the 1850s, 1870s and 1880s.

How did the University benefit from the Morrill Act?

Four bands of Dakota people ceded territory as a response to “withholding of rations, the threat of violence, enforced starvation, the killing of game and the destruction of agriculture,” according to an article titled “Land-Grab Universities” from High Country News published late March.

The Dakota people fought back in 1862, resulting in Gov. Alexander Ramsey to call for the forceful removal of Dakota people from the state and ending the treaties.

Later, Ramsey signed onto the Morrill Act of 1862, and the University took the expropriated Indigenous land as a grant to revive the University when it closed in 1858 because of lack of funding. The Dakota people were not given credit.

In 2012, the University celebrated its 150 year-anniversary as a land-grant institution by launching activities, an exhibit and assigning groups of staff members and faculty to work toward fulfilling the mission of the Morrill Act.

The general theme of the land-grant mission is based on “learning, discovery and engagement for the common good.”

“It’s not accidental that the same year that the University of Minnesota is celebrating its anniversary as a land-grant institution is the same year of the Dakota war and exile of Dakota people,” St. Cloud University professor Iyekiyapiwin Darlene St. Clair said. “[That happened] hand in hand, because these actions are hand in hand.”

St. Clair has worked on collaborative projects at the University for years. She is Dakota and a member of the Lower Sioux Indian Community.

C̣aƞte Máza, a faculty member in the Department of American Indian Studies, and Monica McKay, a staff member at the University, have presented in the past couple of years about the University’s treaty history.

“If they say commemorate, that’s okay. If they say anniversary, that’s okay. But when they say, ‘We are going to celebrate’ then the question becomes, ‘What are you celebrating?’” Máza said.

What is being done to honor and acknowledge American Indian people?

“The University continues to benefit while doing little to nothing for Native communities — or students for that matter. Yet despite knowing this, the institution still does not fully invest in Native students,” read an email to the Daily from Garagiola-Bernier.

St. Clair said most Minnesotans do not get the education to make connections to land as Indigenous land. In 2019, of American Indian and Alaskan Native students, 55% experienced food insecurity, 61% experienced housing insecurity and 28% experienced homelessness according to a 2019 report from the Hope Center for College, Community and Justice.

“On behalf of Minnesota’s tribal nations, [the Minnesota Indian Affairs Council] decided it is time for the University of Minnesota to own up to its own policies and actions rooted in institutional racism and call for immediate action to correct [its] past actions,” said Robert Larsen, MIAC board chair and president of Lower Sioux Indian Community in the released resolution.

On the Twin Cities campus, Morrill Hall was not up for renaming during discussions last year. It should have been, Máza said.

“A Campus Divided” in 2017 showcased a series of political battles between students and University administration on issues such as race, antisemitism, opposition to war and student rights.

This exhibit led to a renaming campaign of four campus buildings: Coffman Memorial Union, Nicholson Hall, Middlebrook Hall and Coffey Hall. In 2019, the board voted against renaming but voted in favor of creating opportunities for education and to further discuss renaming. Students have continued to advocate for these demands.