Blonde Redhead comes to Minneapolis to promote their new album 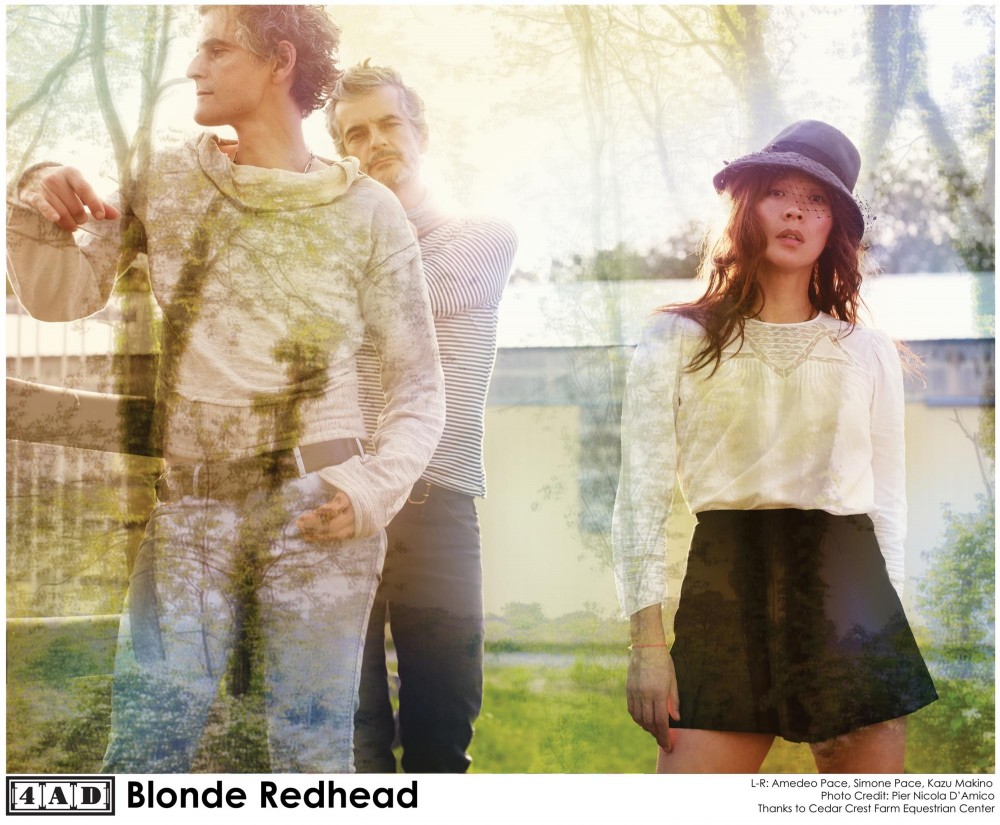 With a name deriving from a song by no-wavers DNA, a new album named after a horse and almost 20 years of music supporting their reputation âÄî Blonde Redhead has done more than just add to their list of personal fun facts. Over the years Blonde Redhead has developed an underground following for those who love shoe gaze psychedelia and indie pop.

Throughout the years their fan base has changed and evolved. With the Sept. 14 release of âÄúPenny Sparkle,âÄù their sound has changed. The band swims more in the glitter-filled pool of âÄô80s revival and tosses around some dream pop and new wave.

These changes can go either way âÄî fans of their old music may not like it as much because of how calming it is, but they are taking a risk in renovating their music, and that is respectable.

The trio, Kazu Makino and twin brothers Simone and Amedeo Pace just returned from their international tour and started their excursion in the United States on Oct. 15.

The development of their music hasnâÄôt gone unnoticed. Pace said, âÄúItâÄôs just that the records represent the change.âÄù Their discography is extremely eclectic. From their early noise days to the surreal sound of their newest record.

For Blonde Redhead, this transformation is intentional.

âÄúWe made the album, so of course itâÄôs intentional. ItâÄôs hard to say what an album is going to sound like until we actually completely have it done,âÄù Pace said.

The album is sensual, dreamlike and sinister, but it is not as bewildering as their early albums. Sonic Youth is showing less of an influence, while traces of BjÃ¶rk prevail throughout each track.

Part of this change may be because âÄúPenny SparkleâÄù was produced and compiled in a new way for Blonde Redhead.

âÄú[Penny Sparkle] was a fairly complicated record to make. It was done over a few months,âÄù Pace said. âÄúSo, it was a very new experience for us âÄ¦ so it was kind of chaotic, but it was also very fun.âÄù

With 43 stops on the entire tour, Pace said itâÄôs essential they get their kicks.

âÄúMy goal as a musician is to make music that I can play every night without getting bored âÄ¦ and to do something that also creates some kind of relevance in the long making,âÄù Pace said.

WhatâÄôs next for Blonde Redhead is uncertain, but they will keep on keepinâÄô on.

When compared to all the music getting airtime and the brevity of so many of the musicians these days, Blonde Redhead is extremely underappreciated and obscure. Yet, when combining talent with experience Blonde Redhead has the whole package and top 40 hits donâÄôt matter. All of those jag-offs who only listen to KDWBmay be disheartened to know that Blonde Redhead are sure to outlast B.O.B. and The Ready Set.