Winners of Vita.mn’s Are You Local? contest sat down with A&E before taking off for SXSW. 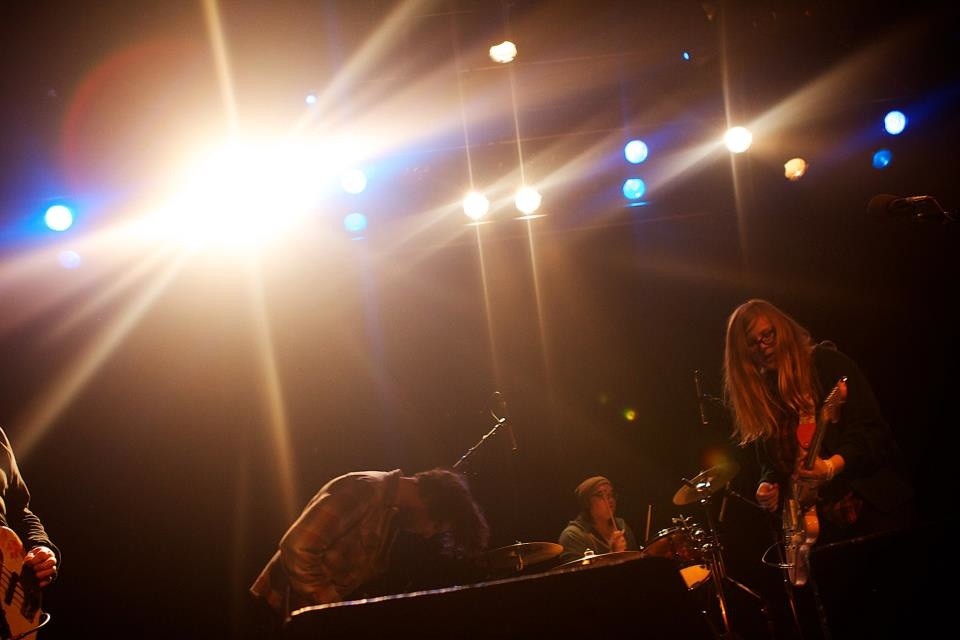 Two years ago Clara Salyer was at the top of her game.

Her band Total Babe had become local music-scene darlings almost overnight. They’d landed a couple gigs during the CMJ music festival in New York and their music had been featured in an episode of Grey’s Anatomy as well as a television commercial for a candy company based in Germany.

Salyer, who’s 19 now, wasn’t even old enough to purchase a pack of cigarettes but she was already being heralded as the Twin Cities’ newest musical prodigy.

But late last summer, shortly after putting the finishing touches on a new Total Babe album, all that momentum came to a screeching halt when the group’s guitarist, Jordan Gatesmith, announced his departure.

Gatesmith had just learned that his band Howler was being offered a record deal with UK’s juggernaut indie label Rough Trade. Instead of finding a new guitarist, Clara decided to call it quits. And while she admits Howler’s success generated personal envy on some level, self-doubt played an even bigger role.

“Jealousy is a fine word and it’s definitely how I felt but it was more looking at failure in myself rather than wishing I had what [Howler] had,” Sayler said.

But all that happened months ago. Salyer’s changed her outlook now.

It’s a brisk Saturday evening and her new group, Prissy Clerks, which she formed last October, just won Vita.mn’s annual Are You Local? contest after a performance the previous night at First Avenue’s 7th St. Entry.

“Prissy Clerks emerged from this dark place and since then, even including last night, its coming to this really happy balance, personally and musically,” Salyer said. “And maybe that will make for really boring songs, I don’t know. But I feel really good. Right now it’s really nice to have an outlook of optimism in a band instead of always being the underdog.”

The quintet, who will be heading out to SXSW in a matter of days, features Dylan Ritchie of Teenage Strangler on guitar, Howard Hamilton III of Red Pens and the NPC’s (which also includes Ritchie and Salyer) on bass, former Total Babe drummer Tim Leick and high school friend Emily Lazear playing accordion.

While there’s some overlap in sound, Prissy Clerks finds Sayler and her new cohorts toiling in grander, more reverb-drenched arrangements as opposed to the lush folk-pop that defined most of Total Babe’s material.  For instance, “No Sir,” which is already getting regular airplay on The Current, is a bittersweet slice of melodic pop rock. The sonics are all sparsely arranged, which allows each instrument to fully breathe underneath Sayler’s wispy vocals before closing out with an explosion of ethereal clutter.

“Total Babe didn’t have a bass. They had a violin that was always kind of quiet in the mix,” Hamilton, who originally advised Sayler to pursue a solo career after the break up, said. “You could always put the tag of folk on anything for Total Babe and you can’t really do that with Prissy Clerks. And of course the accordion is a big step.”

But the shift in sound can also be attributed to the fact that, despite her being at the helm of this project, Sayler’s not just writing and assigning parts. Prissy Clerks is more of a collaborative effort that involves the entire group.

“It seems like a lot of the time in Total Babe it was like ‘here’s your part.’ With this, we figure it out as we go,” Leick, who also helped Sayler record the group’s first few songs, said.

“And that’s another thing I’m trying to be conscious of too. In Total Babe, I’m so used to being like ‘here’s your part, come in here,’ and one of the reasons I wanted to play with Dylan was because I really didn’t want to do that,” Sayler said.

The group will head to Canon Falls this summer to cut an album with former Pachyderm studio Brent Sigmeth. In the meantime, Sayler’s just trying to stay focused. She’s taking Prissy Clerks more seriously than anything else she’s ever done.