Director David Yates and writer Steve Kloves have saved the best for last. 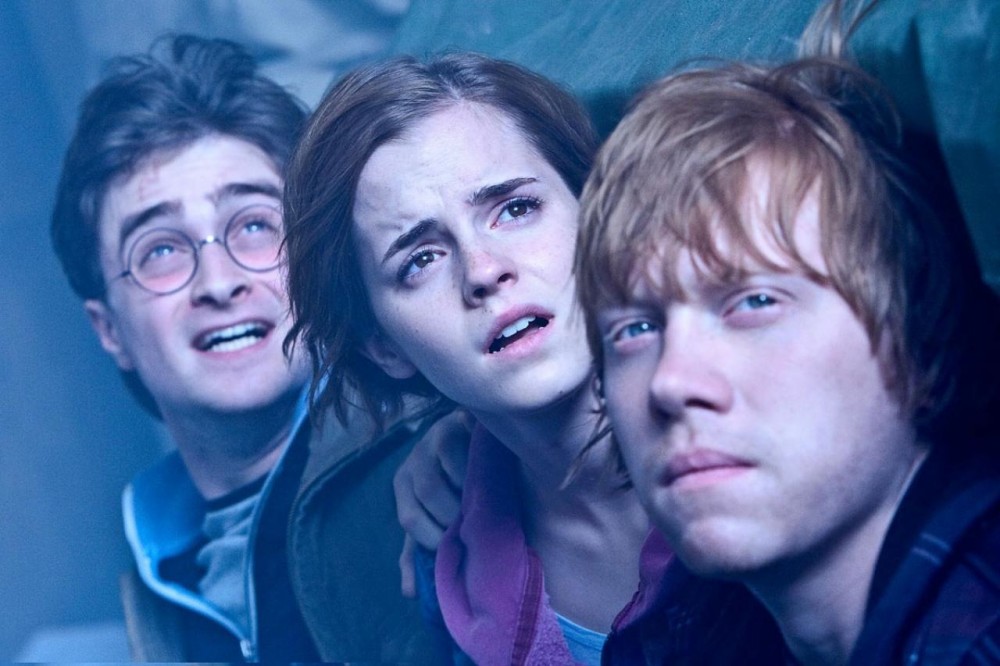 Harry, Ron and Hermione have the end in sight.

Two hours. ThatâÄôs how long it takes four-time âÄúHarry PotterâÄù director David Yates and series-long writer (minus âÄúOrder of the PhoenixâÄù) Steve Kloves to conclude this visual manifesto of the international, 14-year-long literary phenomena all about âÄúthe boy who lived.âÄù

To give some comparison, the finaleâÄôs slow-churning first half kept the projection reels spinning for roughly two and a half hours. YatesâÄô 2009 âÄúHalf-Blood PrinceâÄù treatment touted a two-hour and forty-minute runtime that likely left younger viewers with restless hands and feet, albeit engaged retinas. So this makes it all the more surprising that âÄúHarry Potter and the Deathly Hallows: Part IIâÄù is not only the trimmest in the entire series but also the most satisfying since Alfonso CuaronâÄôs 2004 character-driven interpretation of âÄúHarry Potter and the Prisoner of Azkaban.âÄù

Last fall, many viewers may have left their multiplexes a bit bewildered. For those obsessed with the devilish details of JK RowlingâÄôs exhaustingly dense universe, any canonic violations seemed forgiven with the previously announced reward (or perhaps two-ticket con) of a split finale. To what may have been no fault of their own, YatesâÄô and KlovesâÄô principal half was truly tiresome. On a do-or-die hunt to destroy the remaining remnants of VoldemortâÄôs soul, Harry, Ron and Hermione traversed desolate expanse after desolate expanse. Similar to the frustrations shared by the stifled trio, it felt like nothing was being accomplished. The same cannot be said about âÄúPart II.âÄù

Unlike last fallâÄôs primer, which danced from one hideaway locale to another, the last hurrah succeeds on its commitment to setting. Save the comparatively brief moments at the groupâÄôs beachfront safe house and the eye-catching heist deep in the caverns of the goblin-operated Gringotts Bank, the finale all unfolds amid the violent destruction of Hogwarts. While the billions of computer-generated pixels have culminated in the most astounding action sequences of the entire series, itâÄôs the rosy and bruised faces of the Hogwarts students, faculty and staff that make this curtain call so endearing.

In hindsight, it is a bit jolting to recall the limited time that âÄúPart IâÄù allotted for the seriesâÄô vast ensemble. ThatâÄôs why some of the most rewarding moments of YatesâÄô conclusion are the little things. Like watching Maggie SmithâÄôs Professor McGonagall prepare the schoolâÄôs defenses in an almost celebratory fashion. Or seeing Ron once again scoff at his perpetual third-wheel position in a room full of his peers. In this goodbye wave of a film, Kloves and Yates have found a pitch-perfect pacing that not only compels action toward unparalleled dramatic realms but also continually reiterates every beloved character quirk or eccentricity.

But no oneâÄôs going to this film to see Ron or Neville bumble and folly through scenes like itâÄôs Year Five. JK Rowling concluded the series with one hell of a final bow, and each cast member is doing the same. Rupert Grint and Emma Watson abandon Ron and HermioneâÄôs schoolyard lovebird quarrelling for unshakable chemistry. Alan RickmanâÄôs all-too-brief performance as the tragically fallen Severus Snape stirs the same sort of remorseful anguish that Rowling doused on each reader four summers ago.

Yet, none of this explains the filmâÄôs ability to quicken the heart rate in a way the director has never done before. ItâÄôs not merely about the storyâÄôs maxed-out stakes. ItâÄôs about his ability to keep the lens focused on every mother, father, mentor and child who now stands unwavering in the face of death. RowlingâÄôs story never downplayed the fatal stakes of this wizarding world war, but it has never resonated on screen in the same way that it does when Ron and Hermione watch Harry walk away to his death.

As is reiterated by the RowlingâÄôs storybook ending, love prevails. But itâÄôs hard to walk away with that sugarcoated sentiment. Much like the books, âÄúHarry Potter and the Deathly Hallows: Part IIâÄù is about the highest risks of love and loss. While most in the muggle world will never have to face any similar kind of hellish fight, itâÄôs hard not to be shaken by the deeply human relationships broken and built in the seriesâÄô last two hours. ItâÄôs even harder to not leave a bit fonder for those day-to-day bonds as the credits roll.

Three and a half out of four