Over spring break, the Gophers will play eight games in California; on tap are Gonzaga, Sacramento State and Santa Clara. 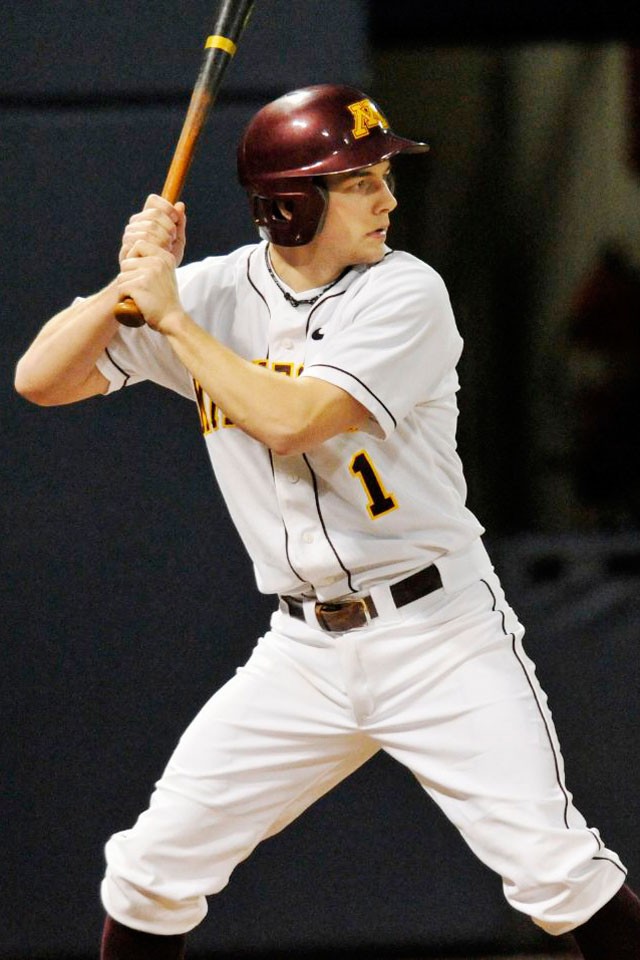 Spring break came just at the right time for a Minnesota Gophers baseball team desperate for any chance it can get to play outdoors. The Gophers head to Sacramento, Calif. over break to finally play a full weekâÄôs slate of games.

Because of the collapse of the Metrodome roof, the team has not only been robbed of the ability to hold intra-squad scrimmages at an indoor practice facility, it has also had to reschedule or cancel several games and tournaments.

Minnesota (4-5) is coming off a rough weekend at the Dairy Queen Classic, which, because of the DomeâÄôs collapse was moved to Tuscon, Ariz.

SaturdayâÄôs game offered a glimpse at the promise of the teamâÄôs fielding and pitching. Senior Phil Isaksson got the win and combined with Billy Soule and Scott Matyas for the shutout as Minnesota won, 2-0.

Sunday, however, the GophersâÄô game took a collective step backwards, giving up gobs of runs and losing to Oklahoma State, 16-2.

âÄúWe started out pretty well, scoring right away; we took a 1-0 lead,âÄù Isaksson said. âÄúI donâÄôt want to make any excuses, but we were probably a little tired from traveling, and we didnâÄôt put it all together âÄî defense, hitting and pitching.âÄù

âÄúItâÄôs nice to go outside âÄî always âÄî because itâÄôs so cold here all the time. ItâÄôs just dreary,âÄù junior AJ Petterson said. âÄúItâÄôs more fun playing out there, and I think itâÄôs a good chance for us to develop while playing some good teams.âÄù

The team currently has an impressive .966 fielding percentage, but that doesnâÄôt tell the whole story.

The percentage only accounts for balls that players should have gotten to and fail to make a play on. Petterson said the team has been struggling with losing fly balls in the sun and playing with the wind.

Those plays donâÄôt end up as errors in the box scores but hurt the teamâÄôs ability to escape innings without giving up runs.

Petterson said the team considers the first 15-20 games its version of spring training, as northern teams become re-accustomed to playing in the elements.

He said if the defense can shore up weather-related plays and cut down on mental mistakes, fielding can be one of the teamâÄôs strengths as the year progresses.

Isaksson, who will pitch both Saturday games on the road trip, agreed.

âÄúThe teamâÄôs pretty much based off pitching, fielding and defense. If the hitters can put three or four runs on the board we as a staff feel confident,âÄù Isaksson said.

The team can take an extended roster on a road trip once a year; Anderson said he will take 32 players, including 14 pitchers.

âÄúIâÄôm hoping over the next 10-11 days in California, hopefully the weather will cooperate and we can get into a routine here. WeâÄôll probably have a little better idea where weâÄôre at when we finish that trip,âÄù Anderson said.

He added that the bottom side of his pitching staff hasnâÄôt had a chance to throw in games yet, and they will get that chance this week.

âÄúWeâÄôre looking forward to getting to see our whole pitching staff. There arenâÄôt going to be a lot of innings between weekends, and thatâÄôs a concern of ours for developing our staff.âÄù

First priority, though, is building his top startersâÄô pitch counts to the 90-100 pitch threshold. And of course, staying healthy would be a nice plus.

âÄúIâÄôm hopeful weâÄôll have something left to our team when we start the Big Ten [schedule] from all this travel,âÄù Anderson joked.