Kimya Dawson is more than just the “Juno” soundtrack. She’ll show Monday night’s audience at The Cedar that she’s not a regular mom, she’s a cool mom. 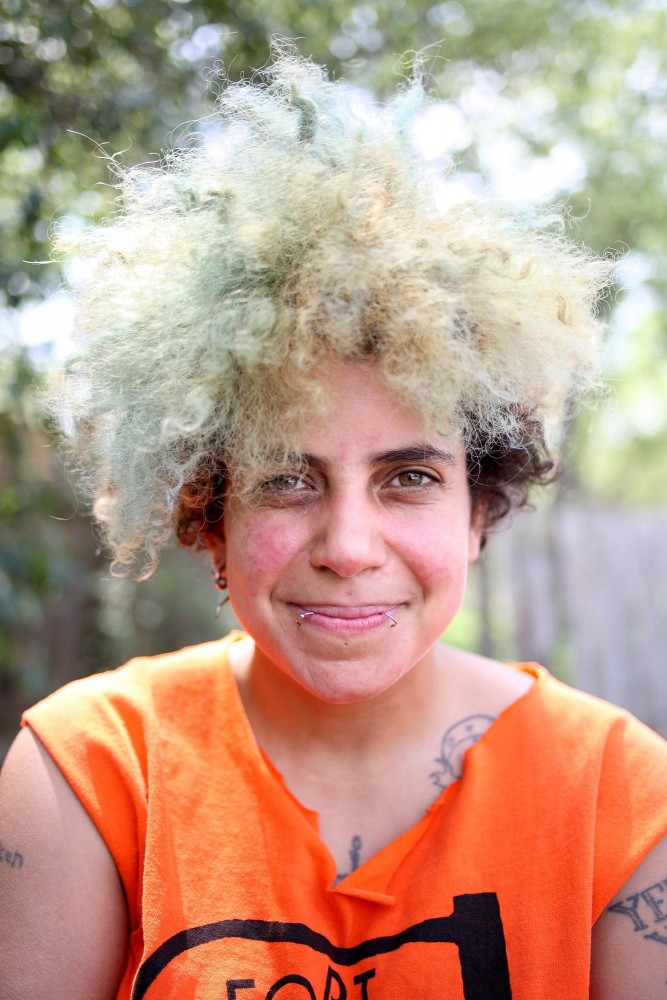 What: Kimya Dawson with Pablo Das

ItâÄôs been a while since Kimya Dawson was yelping out, âÄúWhoâÄôs got the crack?âÄù as a crackly voiced slice of the Moldy Peaches pie.

To say DawsonâÄôs life has changed since then is an understatement. But it didnâÄôt feel that way a few weeks ago, when Dawson casually reunited with some of the Peaches guys on stage in New York.

âÄúIt felt like no time had passed, even though itâÄôs been 10 years since that album came out,âÄù Dawson said.

But time has passed in a big way. This time around, DawsonâÄôs 5-year-old daughter, Panda, was backstage, grooving out to the music of the Moldy Peaches for the first time.

By the time Panda was born, Dawson had already been stitching together her solo albums, slapping together a rainbow of musical patches with the thread of her often atonal musings.

Myriad musician friends âÄî like Murs,  Aesop Rock and members of The Strokes and the Mountain Goats âÄî joined her for her seventh solo album, âÄúThunder Thighs.âÄù The LP focuses on themes like motherhood, oceans and death, jumping from the dark to the whimsical at the drop of a hat.

On the 10-minute song, âÄúWalk Like Thunder,âÄù Dawson deals with a series of tragic situations: her own history of addiction and a near-death overdose, the death of a sidewalk cafÃ© manager she saw as a mentor and a friend who couldnâÄôt finish his gender change because of cancer. The song concludes with a sobering rap from one of DawsonâÄôs close collaborators, Aesop Rock.

Panda has banished her mom from singing this song when sheâÄôs around, Dawson said.

âÄúBefore she could even talk, she really reacted strongly to certain sad songs. I think she could just feel my energy when I was singing them,âÄù Dawson said. âÄúThatâÄôs the stuff I worry about more than dropping an f-bomb.âÄù

If youâÄôre like Panda, all you have to do is hit the backward button on your Walkman a few times and youâÄôll land on âÄúThe Mare and the Bear,âÄù a naively happy heart-warmer. Dawson sings with Panda and Nico Carmer, another one of DawsonâÄôs many youthful pals. Nico is the child of Jason Carmer, whoâÄôs been recording DawsonâÄôs songs since before either child was born. Together, the three sing, âÄúAnd they were friends forever,âÄù over the jaunty tinkles of a circus-like piano.

Overall, âÄúThunder Thighs,âÄù has a schoolyard tone to it âÄî with Dawson as the wise but occasionally potty-mouthed teacher, teaching listeners valuable, anecdotal and pop culture-infused lessons about how to live life. She reminds us, âÄúThe days that seem the most dreary are perfect for being creative and cozy.âÄù

Even when sheâÄôs calling out âÄúprocessed foods that cloud my mind and steal my health from me,âÄù Dawson manages to avoid getting preachy.

âÄúIâÄôm usually writing the songs as reminders to myself,âÄù Dawson said. âÄúItâÄôs really easy to forget those little things that you know deep down inside of yourself are helpful.âÄù

This coming Monday, Dawson will take her tour through the Twin Cities and make a stop at The Cedar Cultural Center. SheâÄôll play with Pablo Das, who guest-stars on her new album.

Unlike the average artist who panders to a Minneapolis crowdâÄôs ego by vainly proclaiming love for the Twin Cities, DawsonâÄôs connection to the Twin Cities runs a little deeper.

Dawson played at the tribute concert for Micheal Larsen, aka Eyedea, last year at First Avenue. Although she has no recollection of meeting Larsen in person, she discovered after his death that he was a big fan of hers and had been too shy to introduce himself. Dawson reached out to LarsenâÄôs mother, Kathy Averill, who invited her to play the tribute.

âÄúIâÄôve lost a lot of friends over the years. And IâÄôve also had a lot of people get in touch with me about people that theyâÄôve lost in their lives who were into my music,âÄù Dawson said.

âÄúEverybody was feeling it and wanting to memorialize Mikey in one way or another. So he did that at the end of his take on the song, and I was like, I have to leave that; thatâÄôs too sweet,âÄù Dawson said.