State money allocated to expand the center is stuck in a standstill between the Minneapolis park board and a nonprofit. 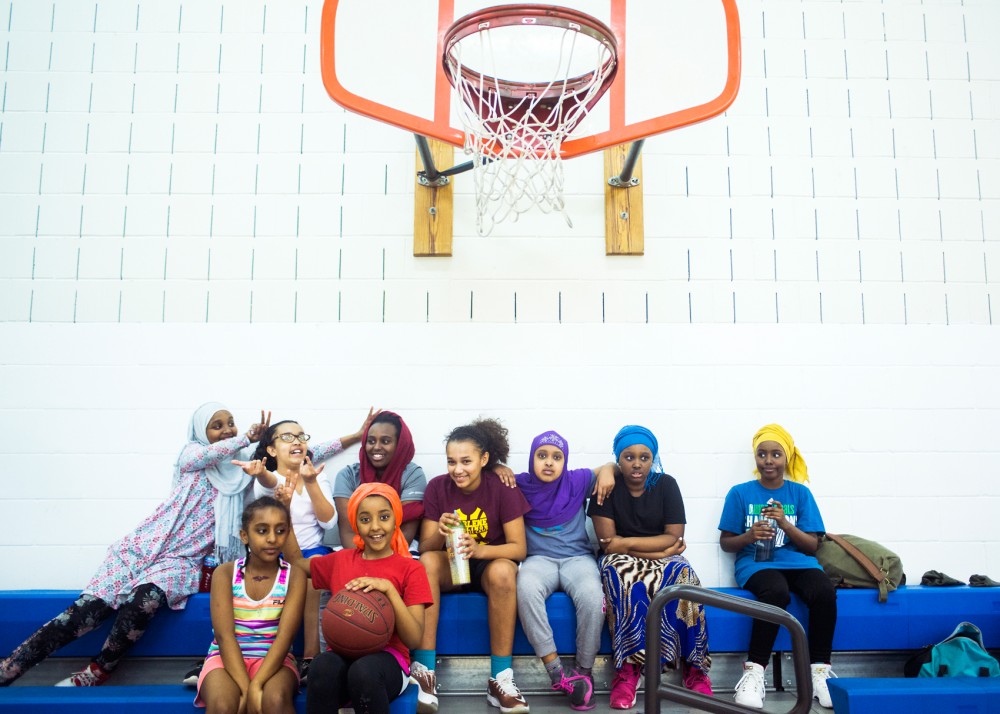 Members of the Cedar-Riverside neighborhood's sixth grade girls basketball team pose for a picture at the Brian Coyle Center on April 8. The center and its programs have been strained by a high level of community use with lack of space to accommodate all programming.

Because of a dispute over a 1992 lease, the Brian Coyle Center — a Cedar-Riverside community staple — won’t be able to undergo renovation.

The Minnesota State Legislature allocated $330,000 to expand the center nearly two years ago, but the money now sits unused. A conflict between the Minneapolis Park and Recreation Board, which owns the land, and Pillsbury United Communities — a nonprofit that operates and maintains the center — has stalled the fixes as the two sides fight over the lease disagreement.

MPRB spokesperson Dawn Sommers said the money allocated under the lease doesn’t meet state requirements and needs to be redrafted to start the project.

Sommers said MPRB has sent new drafts of the lease to PUC, but the organization has never heard back. “The lease has to be redone.”

But both MPRB and PUC claim the other failed to negotiate.

PUC President Chanda Smith Baker said the claims that the organization hasn’t responded to the MPRB are false.

“The relationship [between PUC and the park board] is very complicated,” Baker said, adding PUC funds a lot of programming even though the land is public.

Baker said PUC has received a copy of the new lease recently and is reviewing it to make sure it fits the interests of the organization and the community.

The Brian Coyle Center has long been the main community gathering point for Cedar-Riverside residents and the East African community.

West Bank Community Coalition Chair Mohamed Jama said the dispute is hurting the community, whose members use the center frequently and rely on its services.

“Both groups have forgotten the dynamic needs of the community,” Jama said. “And what is needed today is a center that can serve all of its residents.”

He said the community needs a third party to mitigate the problem, and he hopes the West Bank Community Coalition can fill that role.

“People should understand that there is a need, and the need is [greater] than any other time in the history of the Cedar-Riverside neighborhood,” Jama said.

Some hope the Cedar-Riverside Opportunity Center, which recently broke ground, will help with the influx and high demand for services at Coyle.

Staff at the center are overworked, he said. “It is not fair.”

While Jama said the community should step in to help, he added that elected officials should play a role and understand the need in the community.

“What I want is the right thing,” he said. “I want what is right for everybody.”