Minneapolis pop rockers Howler have yet to take America by storm. It’s because they’re starting with England. 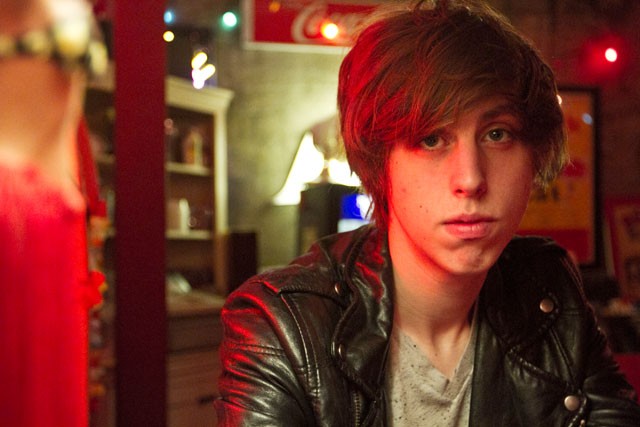 Jordan Gatesmith has never been to England. In fact, heâÄôs never left the country. While continuing to moonlight as a guitarist for MinneapolisâÄô folk-tinged pop group, Total Babe, the 19-year-old musician has spent the better part of the last year fleshing out his personal pet project âÄî a buoyant, hook-laden band by the name of Howler.

Like any group, the four-piece is now transitioning from the early infant crawls of the working bandâÄôs startup. But in the last few weeks, Gatesmith and company have readjusted to a sprinting level of exposure, and itâÄôs all happening oceans away.

Earlier this month, BritainâÄôs premier music magazine NME ranked Howler third on their list of 2011âÄôs 50 best new bands. They also landed a distribution deal with Rough Trade records âÄî an accomplishment of sheer indie rock sanctity. Even more interesting is how this spattering of international exposure âÄî something that is clearly the resultant of the digital age âÄî came about in a truly classic fashion.

On a Monday morning, Gatesmith got an email from Rough Trade founder Geoff Travis, the man who signed a gloomy little band called The Smiths back in 1983.

âÄú[Travis] was just like âÄòHey, we kind of want to sign you. IâÄôm going to send someone to your show in two days,âÄô” Gatesmith said. âÄúI mean this is the guy who signed The Strokes and The Smiths and The Libertines. It was like the most intimidating thing of my life.âÄù

So amid the appropriately squalid atmosphere of the Hexagon BarâÄôs stage space, Howler solidified an opportunity for exposure worlds away. It may not necessarily mean a headlining spot at Brixton Academy just yet, but itâÄôs unquestionably bolstered the quantity of engaged ears.

âÄúThe amount of emails I get every day is a little alarming. I used to just get them once and a while,âÄù Gatesmith said. âÄúNow tons of bands want to play shows with us, and theyâÄôre not from Minneapolis. TheyâÄôre from like Manchester.âÄù

While things currently remain quieter for the group locally, their first collection of polished pop tracks âÄî with their consciously infectious construction âÄî should begin to stir a similar level of intrigue. Their debut EP, âÄúThis OneâÄôs Different,âÄù is decidedly brief âÄî all songs are barely three minutes. It makes the productive depth of each track all the more enthralling. Gatesmith and fellow guitarist Ian Nygaard pit a contrasted collection of distorted chord progressions against shinier riffs. GatesmithâÄôs vocal presence âÄî one that dances between half-drunk Jonathan Richman lows and breathy Marc Bolan highs âÄî carries each track with a level of confidence beyond his years. Naturally, these creative digressions from his normal Total Babe milieu have been a welcome opportunity for Gatesmith.

Even with an impressive debut, the out-of-left-field opportunities that Howler has been graced with donâÄôt come often. When discussing their ability to so effortlessly take big steps toward greatness, Gatesmith admits that he harbors no massive secrets at cracking the contemporary music industry.

âÄúItâÄôs luck,âÄù he said. âÄúThere are so many other acts in this town who are just as good if not better than us. You canâÄôt be too cocky here, because itâÄôs such a good music scene.âÄù

ItâÄôs an important reality for a budding band to embrace. Between a set of opening dates for MinneapolisâÄô Tapes âÄòn Tapes and their first venture across the pond, the group has the opportunity to keep the blogs buzzing. If their four-song taste test is any indication, hopefully theyâÄôll keep up the talent thatâÄôs behind their good fortune.