If the appointment is approved by the City Council, the vacated seat would prompt a special election for Ward 6. 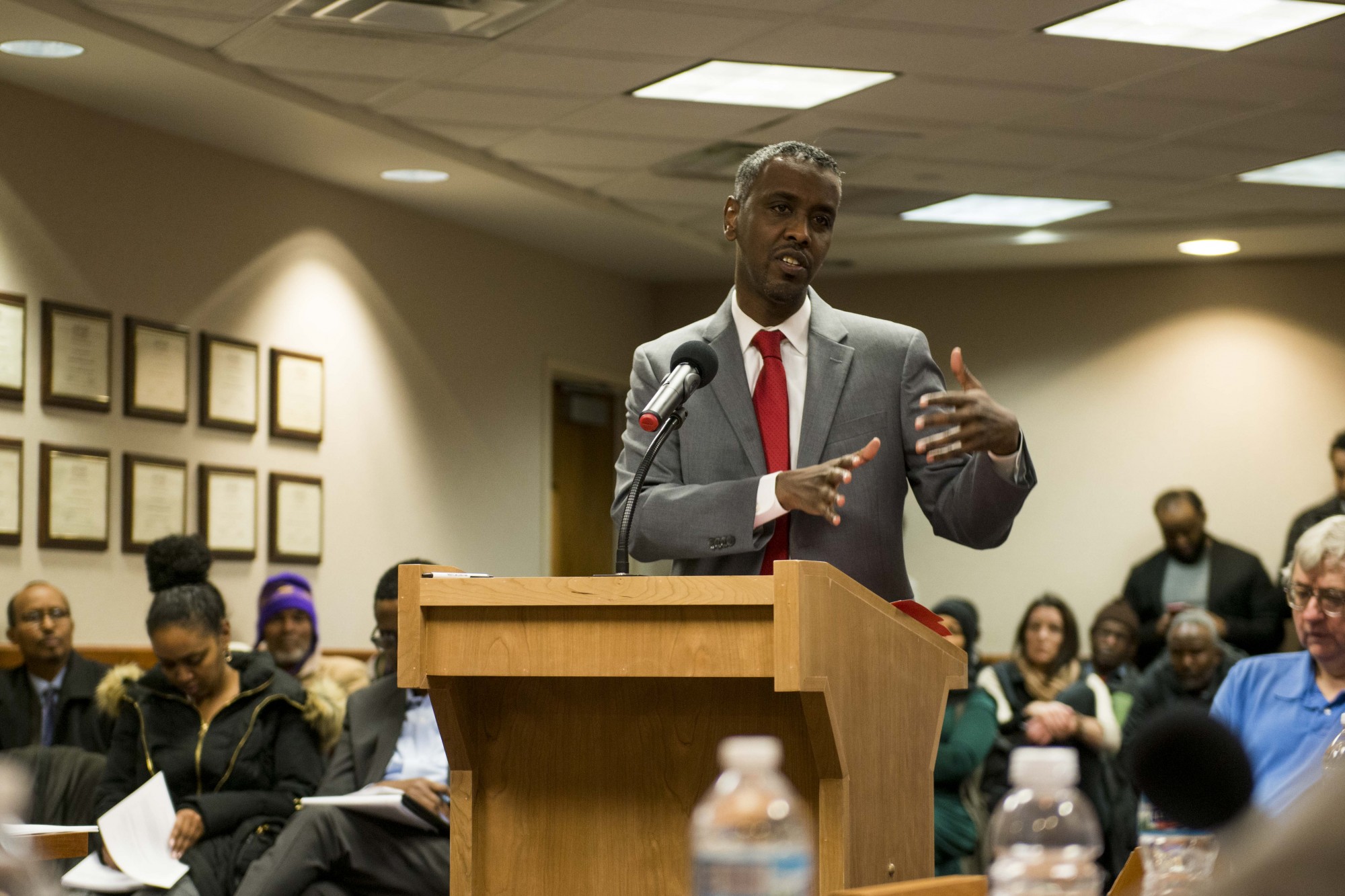 Minneapolis City Council Member Abdi Warsame addresses the Minneapolis Public Housing Authority on Wednesday, Jan. 29. Warsame was selected as the next executive director and CEO for the MPHA.

After serving on the Minneapolis City Council for six years, Ward 6 City Council member Abdi Warsame could leave the seat for a new position.

The Minneapolis Public Housing Authority has chosen Warsame as its new executive director and CEO at a Wednesday board meeting. Following a deadly fire in an MPHA-owned high-rise, Warsame would step into the role as the agency is under increased scrutiny.

If Warsame is approved by the City Council, the vacancy would trigger a special election for the seat.

After the deadly fire at the Cedar High Apartments in November killed five residents, the building’s lack of sprinklers on most floors led to calls for improvements of MPHA properties. The incident weighed into Warsame’s decision to apply for the executive director position, he said.

“I lost five people — they were friends, family, constituents,” Warsame told reporters. “That was one of the key moments that made me more determined to go for the role.” In the weeks following the fire, Warsame drafted an amendment to Mayor Jacob Frey’s 2020 budget to reiterate more than $2 million for improvements, particularly installation of sprinklers and other fire-suppression tools in the agency’s high-rise buildings.

Tenant advocacy group Defend Glendale and Public Housing Coalition released a statement prior to the board meeting, claiming the agency did not solicit enough input from public housing residents throughout the process. The statement also criticized MPHA’s choice and Warsame’s performance representing Ward 6.

“Abdi Warsame is not qualified to lead MPHA because he is not about the people,” the statement reads.

The search committee, comprised of city officials and MPHA commissioners, began their search in late September with the help of executive search firm CohenTaylor. The firm sought input from MPHA staff, city officials, residents and community leaders through surveys and interviews before presenting the committee with seven candidates on Jan. 2.

Following multiple rounds of interviews, the committee unanimously recommended Warsame for the position earlier this month.

In their Wednesday decision, board members cited Warsame’s familiarity with public housing, including as the executive director for the Riverside Plaza Tenants’ Association, where he led a staff of 30 and represented more than 4,000 residents.

“Mr. Warsame brings valuable experience to this role in many different ways,” said Andrea Brennan, the city’s director of housing and policy development and MPHA board vice chair. “He brings lived experience growing up in public housing, and he brings professional experience advocating for the rights of tenants.”

Clarification: this story has been updated to reflect Abdi Warsame’s $2 million budget amendment.