Former regent Dave Metzen may have strong ties to the University of Minnesota, but he said that is not going to affect his work. 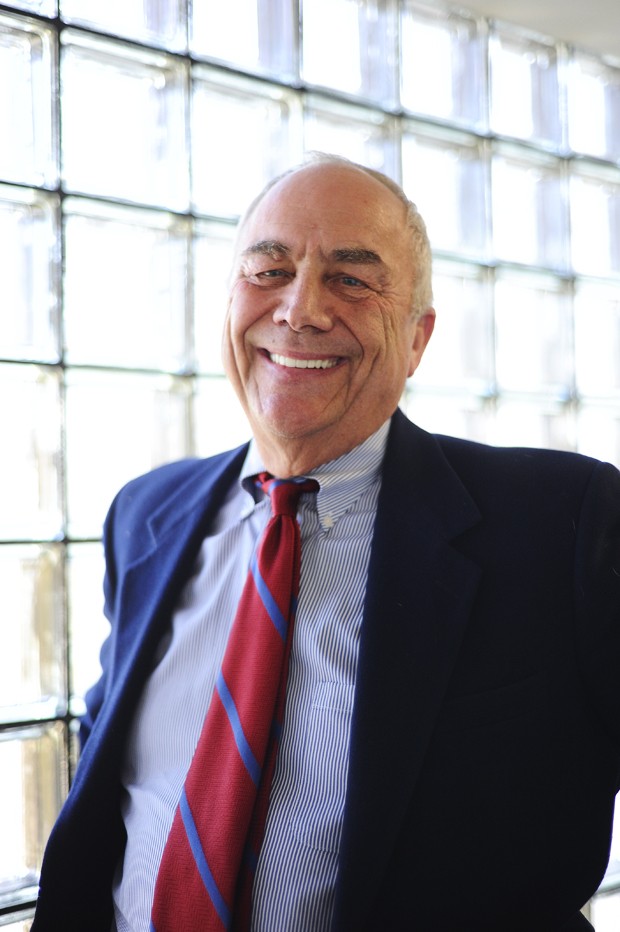 David Metzen was recently appointed as the Director of the Minnesota Office of Higher Education by Governor Tim Pawlenty. Metzen’s goal is to enable more Minnesotans to achieve higher education and enhance the performance of the schools.

When you walk into Dave Metzen âÄôs new office at the Minnesota Office of Higher Education , you wonâÄôt find any Gopher paraphernalia, just pictures from his life and a wood sign reading âÄúThou shall not whine.âÄù The quote enthusiast and administration development consultant was appointed by Gov. Tim Pawlenty to head the office last week , and he has a strong history with the University of Minnesota. He served on the UniversityâÄôs Board of Regents for 12 years, chaired it for two, received three degrees from the University and played hockey for the Gophers in the 1960s. But academic leaders from Minnesota private and public universities said people shouldnâÄôt assume that the University of Minnesota now has an advantage. Those who have worked closely with Metzen said he has a strong history of encouraging partnership between all of MinnesotaâÄôs education system. Linda Baer , senior vice chancellor for academic and student affairs at Minnesota State Colleges and Universities , said in an e-mail that in the past Metzen has been their partner in addressing higher education concerns and that he will bring âÄúvaluable experience and insightâÄù to the office. While Minnesota Private College Council President David B. Laird, Jr. doesnâÄôt know Metzen personally, he said he assumes the governor has picked someone who can lead the entire stateâÄôs higher education system. Laird said Metzen needs to help more than 80,000 students pay for college and graduate in a daunting recession. University President Bob Bruininks said the appointment doesnâÄôt give the University of Minnesota an advantage over other colleges in the state. Metzen is a good appointee because he understands many levels of the stateâÄôs education system, Bruininks said. Metzen has an undergraduate degree in Elementary Education, a MasterâÄôs in Administration and a Doctorate in Educational Administration, all from the University. Before joining the UniversityâÄôs Board of Regents in 1997, the life-long St. Paul resident served the South St. Paul School District as superintendent for 18 years, and before that he was an elementary school teacher, principal and assistant superintendent specializing in curriculum in the district. Regents chairwoman Patricia Simmons served with Metzen on the Board of Regents for six years and said when he chaired the board from 2003 to 2005, he pursued and encouraged interaction with MnSCU and private colleges. âÄúHe has a personality and already has demonstrated great ability to relate to many different people with different life experiences and responsibilities,âÄù she said. âÄúI suppose you look at me and think IâÄôm Goldie Gopher âÄì spin your head âÄì but IâÄôm not,âÄù Metzen said. âÄúI have spent most of my first week making sure MnSCU and the private colleges and the for-profit people know my new responsibility is to care about all them, and I will.âÄù Metzen said he is looking to serve all of MinnesotaâÄôs higher education system and not just his roots. âÄúHe is very bipartisan in his approach to public and political issues,âÄù said Bruininks, who has worked closely with Metzen for the last 15 years, both on the Board of Regents and when Metzen served as superintendent in South St. Paul. Metzen said he believes his ties to the University of Minnesota make his new job similar to âÄúcoaching your own kid.âÄù Parents may think you will favor your child, so you have to work harder to prove otherwise, he said. MetzenâÄôs brother, president of the Minnesota Senate, Sen. James Metzen, DFL-South St. Paul, said his older brother has been able to bring people together since they were young. âÄúClass president in high school, captain of his Gopher hockey team âÄî that shows to me some leadership throughout the years,âÄù the senator said. âÄúHe has always been a go to guy and a type-A.âÄù For now, Dave Metzen said his goals are to get through the legislative session and to address how to best use stimulus money, since itâÄôs only a temporary fix to a long-term problem. Dave Metzen said it would be a challenge, but then pointed at the wood sign and said, âÄúI kind of believe that.âÄù