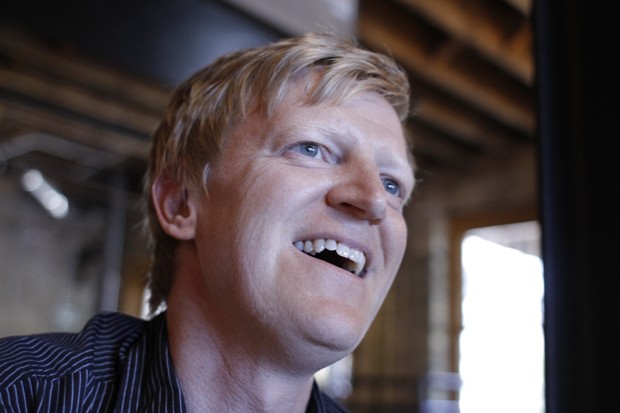 Ah, book clubs. The mere thought of them makes one shudder and the mind reel with images of stay-at-home moms sitting at Perkins âÄúdiscussingâÄù OprahâÄôs pick of the month over coffee and pecan pie. Sadly, these days book clubs are a dying literary practice and tend to inspire more jeers than newcomers. But Jeff KaminâÄôs Books and Bars offers a much-needed remedy. By blending improvisational comedy, literary analysis and alcohol, Books and Bars redefines the modern-day book club by inviting readers to a more open and relaxed environment. ItâÄôs one free of all the formality and obligatory pretense âÄî and the Surlys are righteously priced at $2. Co-sponsored by Magers and Quinn Booksellers and The Onion , Books and Bars takes place the second Tuesday of every month at Bryant Lake Bowl theater, making it the largest and loosest book club in the Twin Cities. While Kamin puts plenty of time in researching the book and author before meetings, he said that he acts more as a moderator than anything else. âÄúI come with papers. IâÄôm ready with a notebook full of stuff, but oftentimes it goes where the audience wants it to go,âÄù Kamin said. âÄúSo therein lies the improv of it, because I have no idea what the 90-plus people that show up are going to say, which I love.âÄù Born and raised in Milwaukee , Wis., Kamin worked as an improv performer in Los Angeles before settling down in Minneapolis with his wife Rachel in 2003. It was then Kamin first learned about the original Books and Bars, which was taking place at St. PaulâÄôs Bound to Be Read bookstore. But after Bound to Be Read went out of business, Kamin was determined to find a way to carry on the monthly tradition. Minneapolis booksellers Magers and Quinn joined forces with Kamin. After partnering with the Onion, the Books and Bars found a new home at UptownâÄôs Bryant Lake Bowl in 2005. Regularly updating blogs and sending newsletters, Kamin keeps members posted and is always open to suggestions. Books and BarsâÄô author selection boasts a diverse palette that includes literary giants like Kurt Vonnegut and Vladimir Nabokov to more contemporary authors like Cormac McCarthy and Dave Eggers . âÄúI assign the book, but I take everyoneâÄôs suggestions. âÄ¦ Some of the best discussions are the ones where we disagree,âÄù Kamin said. So for all of you reclusive Twin Cities bookworms, instead polishing off that bottle of Jameson at home, stop by Bryant Lake Bowl on Tuesday the July 13 for a chance to express all your whiskey-fueled (or sober) literary ramblings at this monthâÄôs Books and Bars. JulyâÄôs book: âÄúThe MagicianâÄù by Lev Grossman AugustsâÄô book: âÄúZeitounâÄù by Dave Eggers