Marcus Carr delivered in the clutch, making a game-winning 3-pointer in the final seconds. 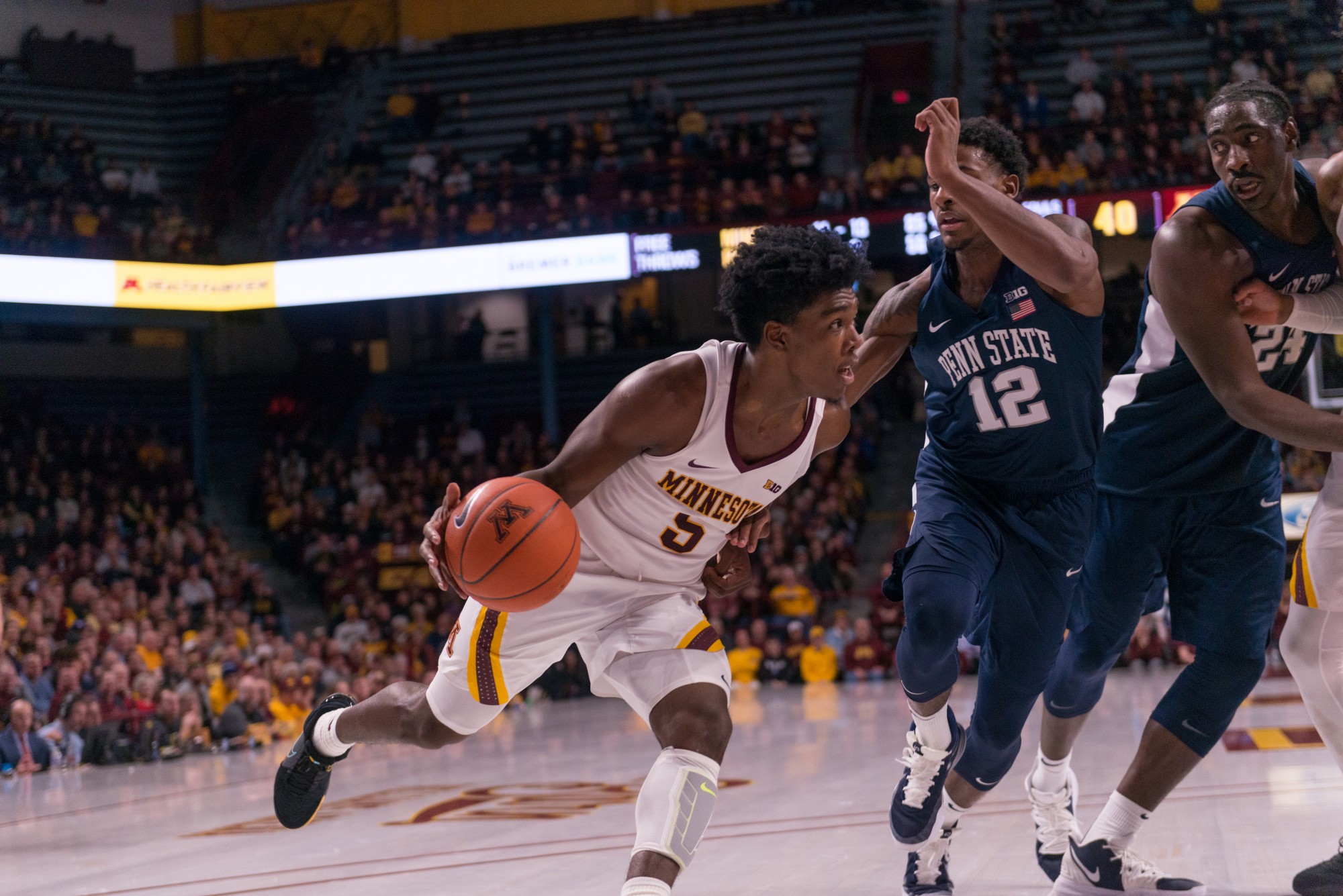 Since Minnesota upset Ohio State, then-ranked No. 3, on Dec. 15, the Buckeyes had been reeling, dropping five of their past eight games. On Thursday, redshirt sophomore Marcus Carr, who had a big game in the teams’ previous matchup, once again rose to the occasion, hitting the game-winning three to give the Gophers their first win in Columbus since 2005.

Minnesota (11-8, 5-4 Big Ten) earned its first victory in a true road game this season as it grabbed a 62-59 victory over Ohio State (12-7, 2-6 Big Ten). The Gophers battled through offensive struggles to comeback from 11 points down in the second half and sweep the Buckeyes.

“I thought the biggest thing was we guarded and we rebounded the ball when we needed to,” head coach Richard Pitino told the Gophers Radio Network. “We showed great toughness.”

Despite slow starts from leading scorers Carr and sophomore Daniel Oturu, who were both held scoreless during the game’s first 11 minutes, the Gophers took an early 15-10 lead. Six consecutive points from Ohio State put the Buckeyes in front before Carr score his first points to make the score 17-16.

From there, teams traded 5-0 runs to trade the lead back one more time, but the Buckeyes controlled the half’s final seven minutes. During that stretch, Minnesota scored just one field goal, a 3-pointer from sophomore Gabe Kalscheur in the waning seconds of the half. That basket interrupted a 14-3 Ohio State run which catapulted the hosts to a 37-28 halftime lead.

The Gophers struggled in a number of important categories in the opening 20 minutes. Ohio State out-rebounded Minnesota 22-12 while the Gophers went 4-8 from the free throw line. Crucially, the Buckeyes held Oturu in check, preventing the Big Ten’s second leading scorer from recording a point in the first period and limiting him to two rebounds.

“This is going to sound a little weird, but it’s not necessarily hard to take big guys out of the game,” Pitino told the Gophers Radio Network. “You can trap them, you can dig, you can do certain things, they did that and they made other people beat them.”

Ohio State scored the first bucket of the second half to take its largest lead of the game at 11 points before Minnesota came storming back to tighten the contest. The Gophers rattled off eight consecutive points to start an 11-1 run while the Buckeyes went 6:47 without making a shot from the floor.

“We just stepped it up physically,” Pitino told the Gophers Radio Network. “We started hitting bodies, getting stops and then finding ways to finish possessions.”

The teams began trading scores in the middle minutes of the second half with the Gophers pulling ahead for the first time since 7:30 left in the first half when a Carr layup through contact made the score 49-48. Things remained close in the final minutes when Ohio State junior Kyle Young scored three-straight baskets for his team to give the Buckeyes a 59-57 lead with one minute to play.

When his team needed him most, Carr once again stepped up for the Gophers. After scoring a career-high 35 points against Ohio State in December, Carr made a layup off the glass to tie the game with 43 seconds remaining. Then, Carr pulled up from beyond the arc, nailing the game-winning 3-pointer with 3.3 seconds to go, clinching the victory.

“We had that play set up where we wanted to play a two-man game with Gabe and Marcus,” Pitino told the Gophers Radio Network. “We had the same play drawn up at Purdue, we didn’t convert. This time we did.”

Carr lead all scorers with 21 points on the evening and pulled down a team-high seven rebounds. Kalscheur contributed three 3-pointers, finishing with 13 points and Oturu recovered from his slow start to score 11 points.

The Gophers will have a quick turnaround for another rematch against a team they played earlier this season. Minnesota hosts Michigan State on Sunday. The Spartans defeated the Gophers 74-58 on Jan. 9.