ARTCRANK brings cyclists and artists together at last. 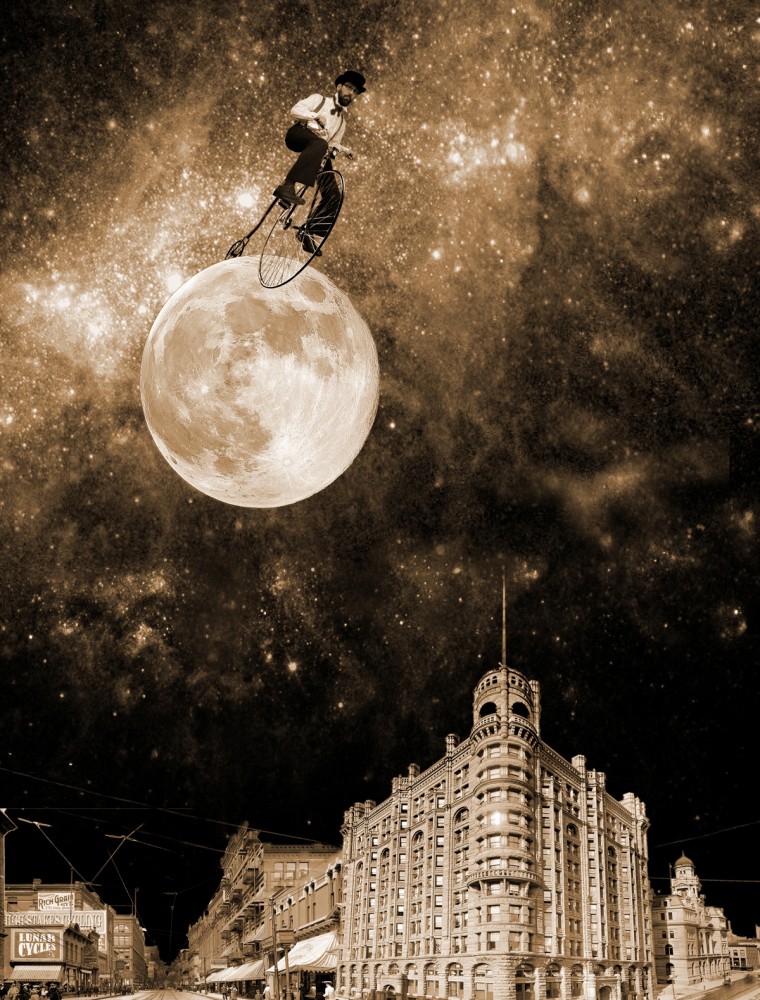 WHAT: ARTCRANK WHEN: April 12 âÄì May 1 WHERE: One On One Bike Studio TICKETS: Free You wouldnâÄôt think a city covered in snow five months out of the year would be ranked the most bike-friendly city in the United States, but itâÄôs a pleasant reality, according to Bicycling magazine. The bastion of all things bike recently listed Minneapolis at the top of their annual list, effectively toppling the smug tyrants of Portland, Ore. The news came as a shock to the people of Portland (their mayor even addressed it, bitterly, some would say), but had they seen the legion at ARTCRANK, the self-proclaimed âÄúposter party for bike people,âÄù they would not have been surprised. The doors opened at 7 p.m. and the mob of cyclists and art fans in attendance flooded the narrow spaces of Northeast MinneapolisâÄô Shelter Studios , leaving plenty of runoff to slowly trickle in. Thirty-nine posters âÄî a collection of bike-centric pieces by MinneapolisâÄô most talented artists âÄî were strung along the stark walls. There are always a few stragglers in a collection this big, but ARTCRANKâÄôs pieces were, for the most part, unique and accessible. None of the artists in question bogged down the simplicity of the bike with concepts of high art; instead, their works exude a childlike sense of fun and wonder âÄ¦ âÄúfunder,âÄù you could say. Amy JoâÄôs âÄúRide âÄòem CowboyâÄù shows a cartoon cowboy gleefully riding his bike, and Brian Hartley SagoâÄôs âÄúLunar CyclesâÄù presents a man brazenly riding his old timey bicycle on the moon. Scott NeffâÄôs âÄúCycling Weapons of Mass DestructionâÄù rounds off the boyish fantasy set with a nefarious bike standing against a post-apocalyptic backdrop of red. But to some extent, the event said less about the art being exhibited and sold and more about the community that gathered around it. In the broader culture, biking has come to connote solitariness, and âÄúfixed-gearâÄù has become increasingly equated with the word âÄúhipster,âÄù but ARTCRANK showed cycling enthusiasts coming together to form a both plentiful and diverse crowd. Sure, there were more than a few heavily bearded, cutoff capri-wearing fellows in neon Wayfarers. And yes, Animal Collective did loop out of a stereo system as people tumbled from the cozy studio. But the collection of patrons and casual gawkers in attendance were not easily pegged. There were middle-aged women sporting tacky, shoulder-padded blazers, there were Dockers -wearing dads hanging onto their squirming kids, and there were even those too heavy to conceivably ride a bike at this stage in their lives. As ARTCRANKâÄôs opening night closed, it was the eventâÄôs communal showing that resonated most strongly. More than a few people exited with a poster under their arms, but they didnâÄôt simply bail upon completed transaction. They chatted with their fellow bike aficionados, compared purchases and shared a little firewater before pedaling back home.