Bill Squire is content to work a room without the trappings of stardom. 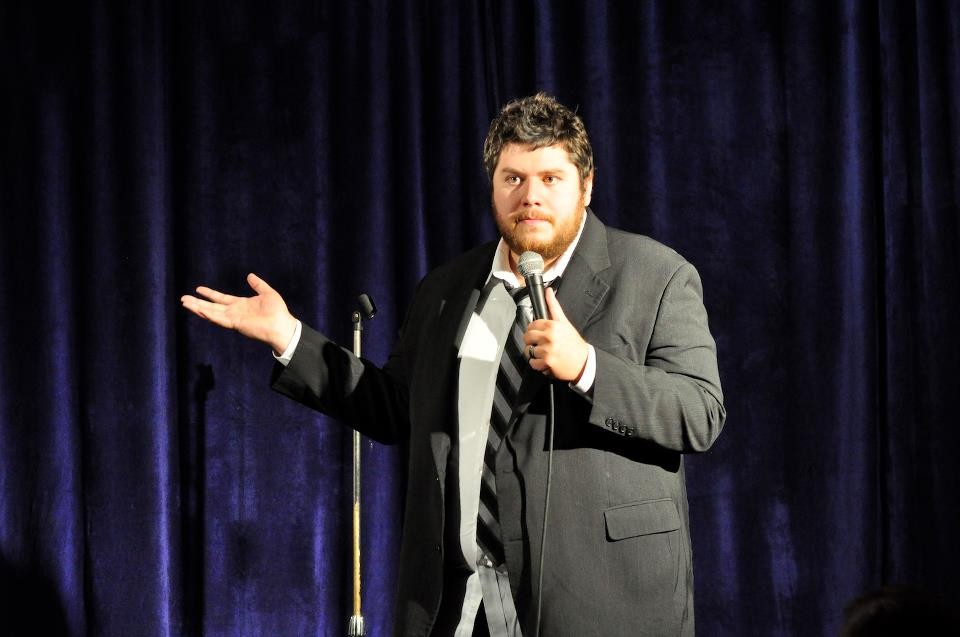 Bill Squire no longer spreads the word of God, unless its funny.

What: Bill Squire and Mike Lester

When: 8 p.m., Thursday through Saturday with 10:30 p.m. shows Friday and Saturday

With his trademark frumpy suit and scruffy beard, comedian Bill Squire appears like some hungover evangelist when he comes on the stage.

To perform in a disheveled version of his Sunday’s finest is fitting for this ex-communicated Mormon missionary.

Squire was a dorky, dissatisfied child whose involvement in the Mormon faith prevented him from feeling honest and at home with himself.

When the Cleveland native’s time came as a 19-year-old to travel to the Philippines, the breaking point was in sight.

“The rules were a little stricter than I liked — you couldn’t watch TV or go see movies,” Squire said. “I wanted to drink and go to strip clubs. So that’s what I did, and it kind of escalated, and I got caught and sent home.”

Newly freed from what he felt was untrue to him, the then-21-year-old Squire bombed at an open-mic worse than his beloved Cleveland Browns.

“Being a Browns fan is completely unenjoyable — you want the games to just not happen, so you can just enjoy the rest of your life,” Squire said.

It’s been eight years since that first experiment in comedy, and while Squire still laments the state of his local sports teams, he now has a wife and three step-children to think of.

“When I first started standup, I was single, living by myself and all I did was play video games and watch pornography,” Squire said. “Now I have to try to do that behind the back of my wife and children. The strategy is a lot different.”

It’s at moments of self-deprecation like these when it’s easy to imagine Squire’s upper-lip disappearing into his beard, baring his teeth in a smirk that seems all too befitting of his man-boy persona. The suit could easily be a uniform torn asunder at the moment of glee upon hearing the 3 o’clock bell.

Now there is nothing to be truant for.

“[The kids] are old enough to get themselves ready for school — I’ll get on the computer and try to write and edit videos,” Squire said. “I do that for like 15 minutes and then screw around for the rest of the day. There’s a lot of screwing off, like making paper airplanes to kill time and playing with my dogs.”

Now that he’s a parent, he has to mediate between a new-found home life and his comedy.

“It’s difficult too because I miss [my daughters] when I’m gone,” Squire said. “It’s really not that bad to get away from them for a while. And if I’m around too much, they’re like ‘Hey, go get some work.’”****

While Squire may not quite be a responsible parent, he at least tours enough to keep from unduly influencing his children.