I know why the yellow ostrich sings 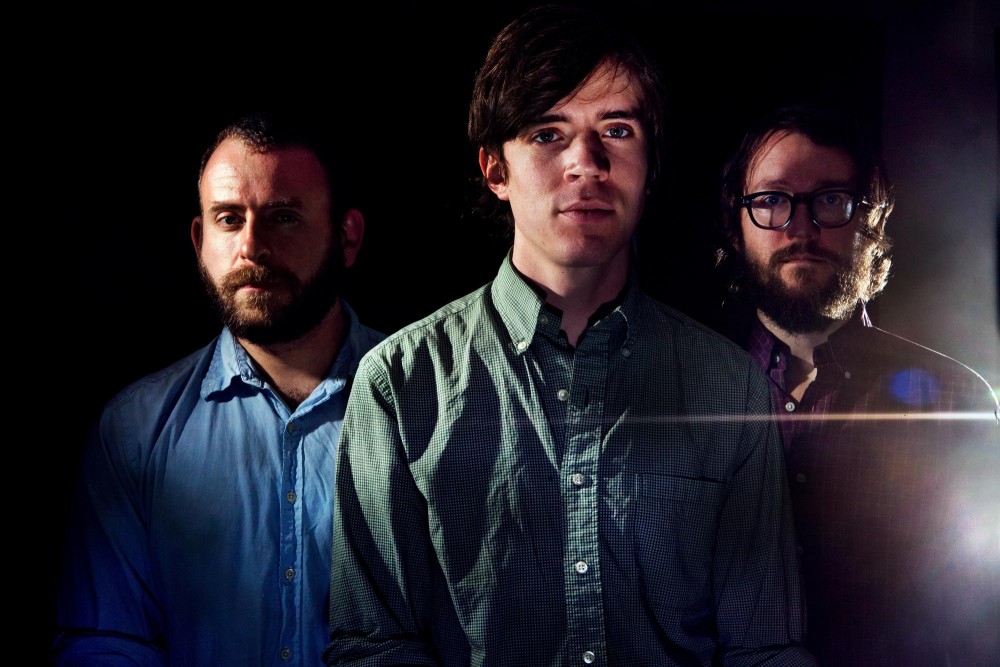 Yellow Ostrich released their new record this week and will hit the 7th Street Entry on Saturday.

This isn’t a bad thing. From his first bedroom recordings as Yellow Ostrich to new album “Strange Land” (his second in as many years), Schaaf has been continuously pressing forward and expanding his sound because he’s never happy with what he just finished.

“When I’m working on an album, I want it to be the greatest thing I’ve ever done,” he said. “But usually as soon as I’m done with it — it’s great — but then I have this new idea, and that’s going to be the really amazing thing.”

While he was studying music at Lawrence University in Appleton, Wis., Schaaf stoked his creativity by making home recordings under strict self-imposed constraints. One of Yellow Ostrich’s first EPs, “Fade Cave,” was made with only Schaaf’s layered vocals and a drum machine. The lyrics on “The Morgan Freeman EP” were all taken from the eponymous movie star’s Wikipedia page Even in these early recordings Yellow Ostrich’s sound was fairly well developed, and a cut from “Fade Cave” was reworked as a bonus track for the following album.

When he was still a one-man band, Schaaf released his breakout album, “The Mistress.” It was only available on his Bandcamp page, but a Kickstarter fund helped produce a vinyl pressing via the Minneapolis-based Afternoon Records and finally a proper remastered release on Barsuk. While “The Mistress” was mired in fundraising and rereleases, Schaaf was writing new music for “Strange Land” and expanding Yellow Ostrich’s line-up.

Schaaf originally met Michael Tapper after talking his way into opening for Bishop Allen — the band Tapper drummed in — when they came through Lawrence. They moved to New York around the same time, and soon Tapper was a full-time member of Yellow Ostrich, adding drums to Schaaf’s looped guitar and vocals.

The band then filled out their line-up with Jon Natchez, a multi-instrumentalist who NPR called “indie rock’s most valuable sideman” due to his stints playing with Beirut, Camera Obscura, The Antlers, Okkervil River and others.

Although Yellow Ostrich has been touring as a three piece for a year now, “Strange Land,” released this week, is their first output written as a full band.

“It’s definitely a challenge to suggest a different way of working, but it helps that I always get tired of what I just did and want to do the opposite. ‘The Mistress’ was all by myself and very laborious and layered,” Schaaf said. “But this time, I knew we wanted to do a full-band record, and I wanted to make something very live and raw.”

“Strange Land” certainly sounds more like a record made by a band. Tapper’s drumming is manic and propulsive, giving tracks like “Daughter,” written right after “The Mistress,” more unpredictability then they would have had if Schaaf had recorded them solo. Natchez’s horns similarly add another dimension to Yellow Ostrich’s sound and free Schaaf from having to perform the bass parts with foot pedals.

“The Mistress” leaned a little too heavily on tape loops, especially on tracks like “Hahahaohhoho,” which locked into its titular chant and never left. Yellow Ostrich hasn’t given up the looping pedal completely, but none of the songs on “Strange Land” hang on it, allowing them to translate better live while still making Yellow Ostrich sound much bigger than a three piece.

“It is interesting because it’s this way of performing where you’re supplementing the music with these extra sounds, but you’re doing it without using pre-recorded samples,” Schaaf said. “So it’s a cool way of adding things while still making it this living, breathing thing that could totally go wrong at any minute. It’s exciting.”

Throughout “Strange Land” Schaaf’s lyrics explore anticipation and the feeling of finally getting what you want and wanting more. It’s an idea that Schaaf is familiar with, and he’s happy with that.

“I feel like you always have to have some sort of hope or expectation,” he said. “That idea that the grass is always greener somewhere else can be depressing, but really I think it’s motivating.”