Deadline passes with no word from Mbakwe

Mbakwe has hinted at returning to the Gophers but made no official indication Tuesday. 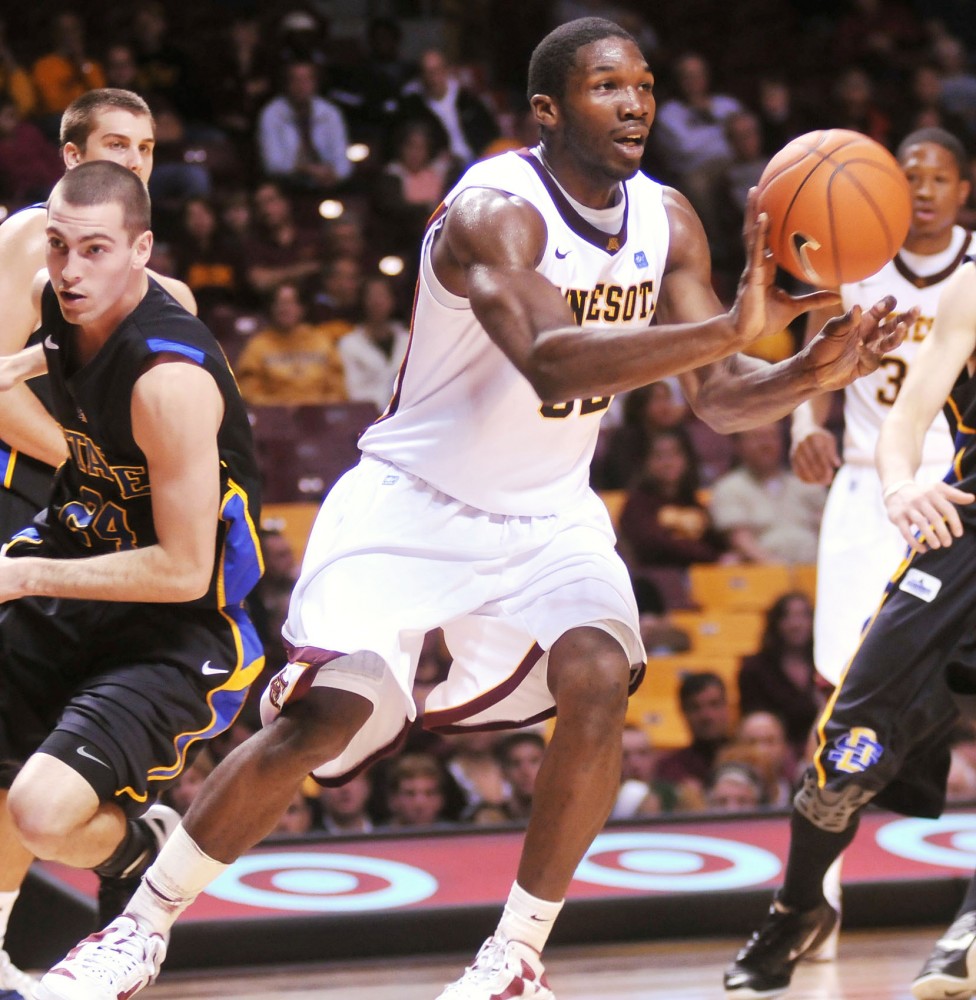 Trevor Mbakwe has yet to announce whether he will return to the Gophers or declare for the NBA draft. The NBA's deadline is April 29.

The NCAA’s new April 10 deadline for players to withdraw their names from consideration for the NBA draft passed quietly for Gophers fans last night.

There is still no official word on whether the team’s star forward Trevor Mbakwe will decide to return for a sixth year.

Mbakwe posted Sunday on Twitter, “Unfinished Business. I can’t go out like this,” and later tweeted that his return was not yet official. Neither Mbakwe nor the team has commented on the situation since.

Had Mbakwe made himself eligible for the NBA draft, he would have had to remove his name from consideration by Tuesday, per the first-year NCAA rule.

While Mbakwe has not ruled out entering the draft and leaving the Gophers, he has not made an official announcement one way or the other. He said March 24 that he is “leaning toward” returning to the Gophers, and he has not spoken to the media since then.