Minnesota looks to take back the Little Brown Jug trophy from Michigan on Saturday in Ann Arbor. 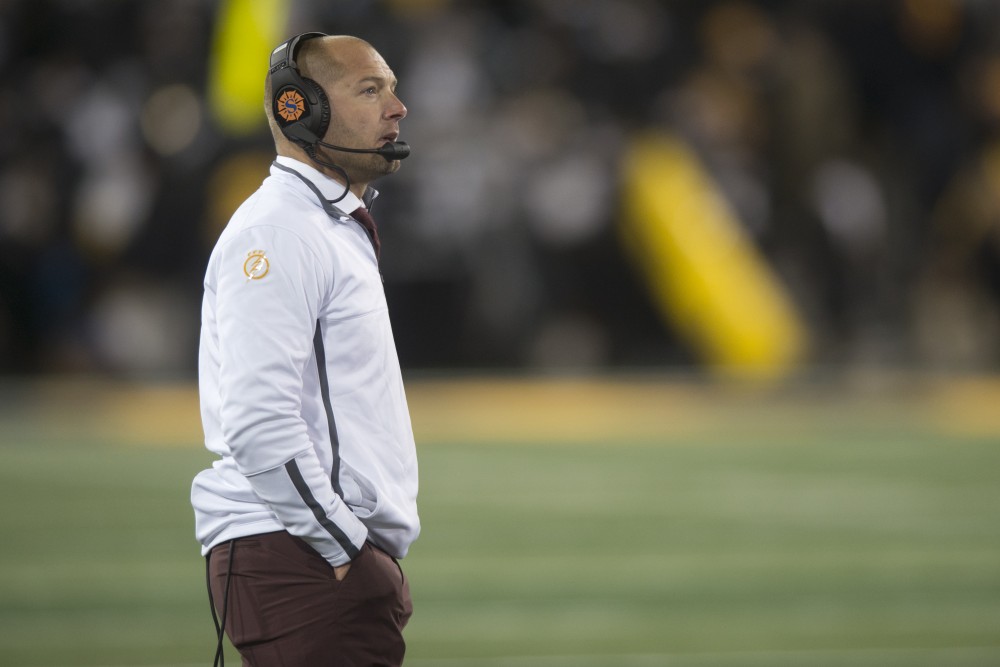 Head coach P.J. Fleck said he wants his team to compete like a Michael Jackson concert this week, in preparation for the Gophers game against Michigan.

Fleck compared Michael Jackson starting strong and keeping his shows intense to how he wants his team to play against Michigan on Saturday.

“Got to keep things exciting,” Fleck said. “Late October, [in] Big Ten Play we are 1-4 right now, keep them smiling and keep their oar in the water all the time.”

Minnesota plays at Michigan Stadium, or “The Big House,” Saturday in hopes of taking back the Little Brown Jug, a trophy that’s been awarded to the winner of the rivalry since 1909. It is the oldest trophy rivalry game in FBS college football.

“We teach what the rivalry means, and the importance of the rivalry,” Fleck said. “But that doesn’t mean that it’s okay if you play up here one game, and you play down here another game. We have to keep evolving.”

In the last eight matchups between the Gophers and the Wolverines, the Wolverines have taken seven wins, with the last Gophers win coming in 2015 at Michigan. The two teams didn’t play last year.

Michigan fell from being ranked No. 7 nationally by the AP Top 25 Poll in week six to now being unranked. However, they are still at No. 24 in the coaches poll after two conference losses to Penn State and in-state rival Michigan State.

“We have a top-25 opponent in one of the polls that we’re going to play in one of the most traditional venues in all of America,” Fleck said. “I think it’s really important, every game’s important, and that’s kind of how I teach our football team.”

The Michigan defense, coached by defensive coordinator Don Brown, is one of the best in the nation. It ranks at the top of the Big Ten in yards allowed per game with 255.5.

“I heard a joke one time, this is not me saying this … I heard this a long time ago: ‘…The best way to attack Don Brown’s defenses are to punt on third down,’” Fleck said.

The Gophers offense struggled in last week’s game against a strong Iowa defense. Demry Croft, who recently emerged as the starting quarterback, went 9-29 for 139 yards passing with an interception last week.

Fleck said though Croft has taken that starting spot the past two weeks, Conor Rhoda, who started the year with the most reps, is still a leader on the team with potential to play.

“The first one to meet our team off the field, whether it’s offense, defense or special teams is [Rhoda],” Fleck said. “I have seen zero change in a negative way towards [Rhoda’s] leadership. If anything, he’s taken it and it’s made him grow because he’s one play away from playing again.”